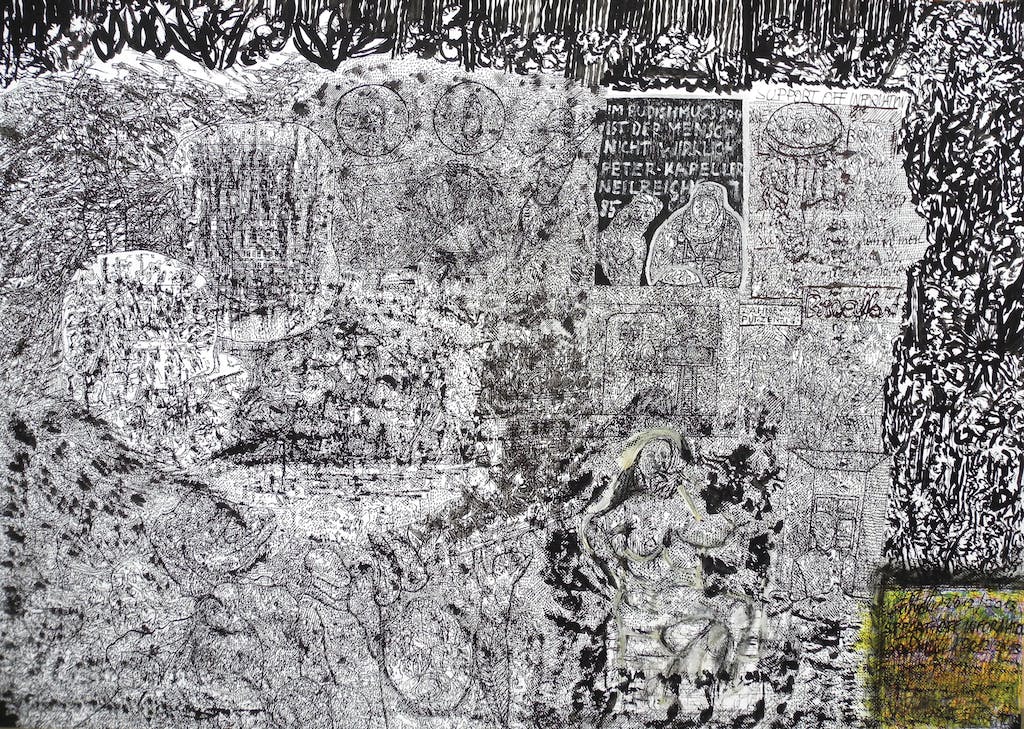 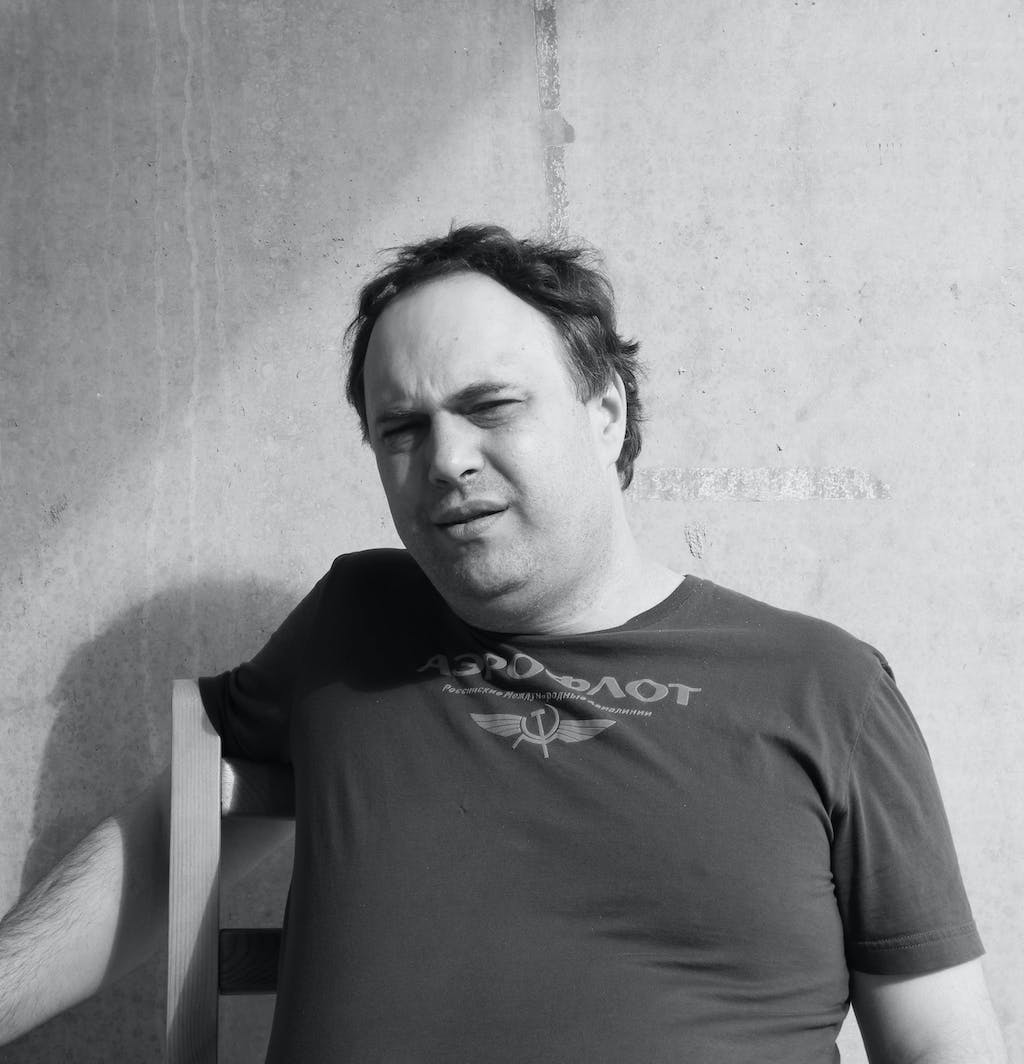 Peter Kapeller was forced to abandon his studies for a planned career in heating engineering following a severe mental health crisis. His care was taken over by Austria’s social services who provided Kapeller with a tiny shared flat in Vienna. The apartment was decorated with the bare minimum of furniture: a bed, a cupboard, a shelf, and a table. “I draw in my ghetto”, he explains. The artist draws in the quiet hours of darkness, spending his time meditating and reminiscing. The books he has read and his past studies provide rich source material for his art which occasionally take the form of protest letters aimed at the administration in charge of his care. The strength of the works ultimately lies in their dual nature: part notebook, part diary. Some of his works take the form of letters of protest to various administrative bodies. An exhibition was devoted to his work in 2010 at the prestigious Haus der Kunst in Munich. 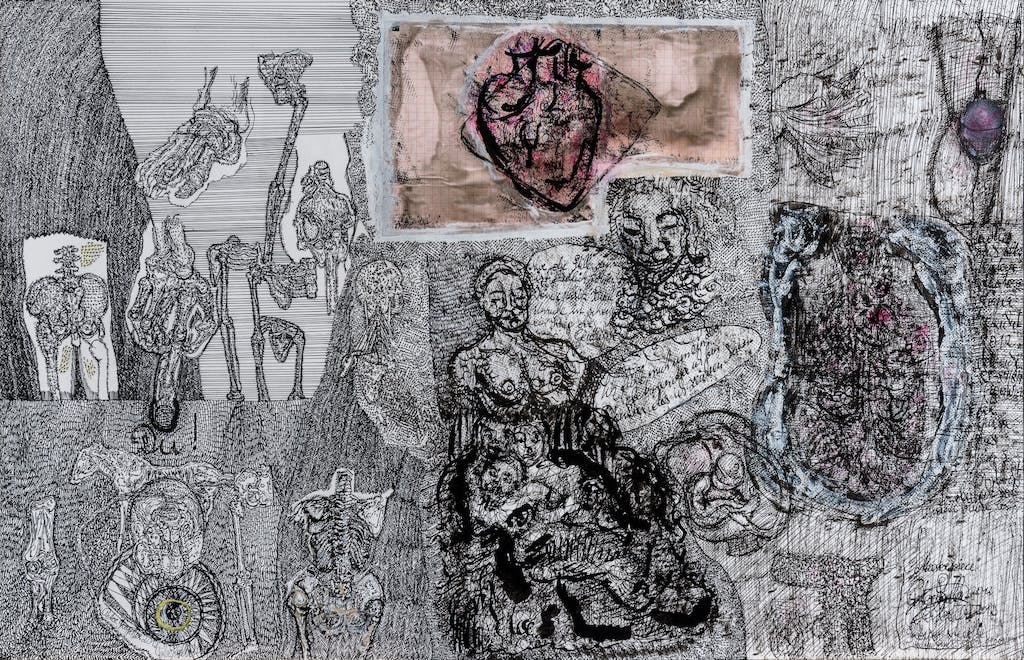 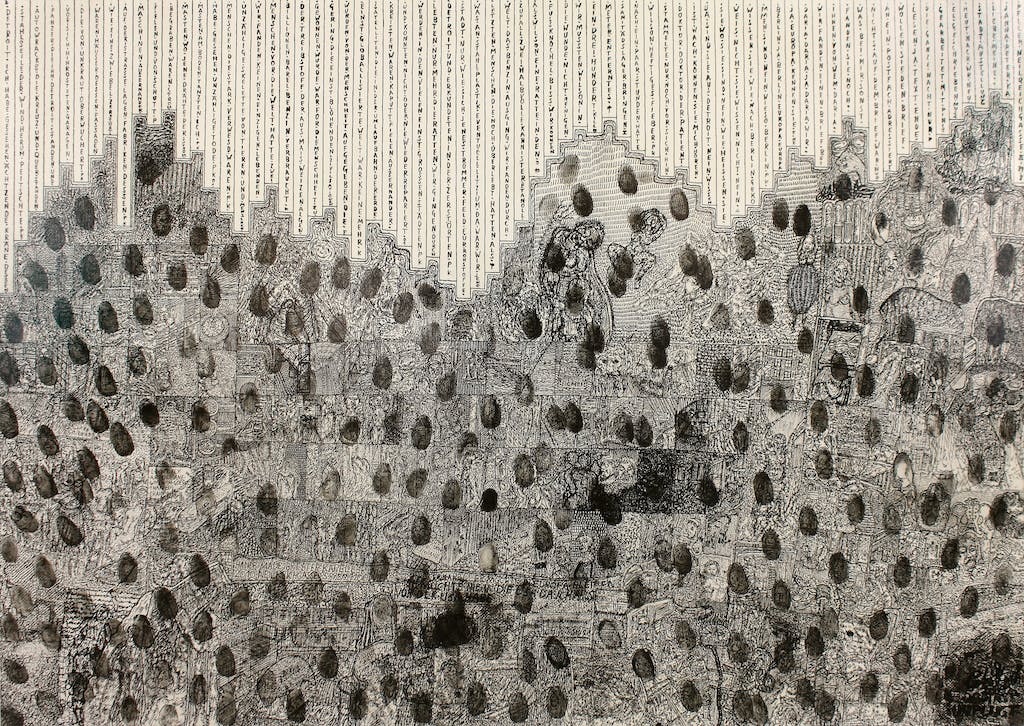 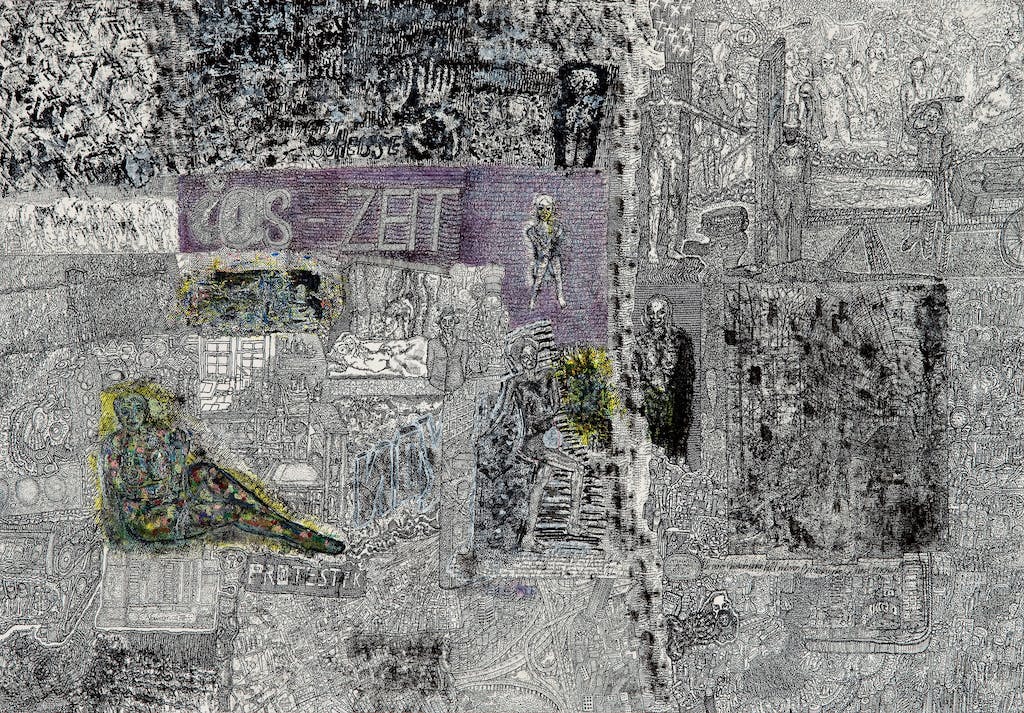 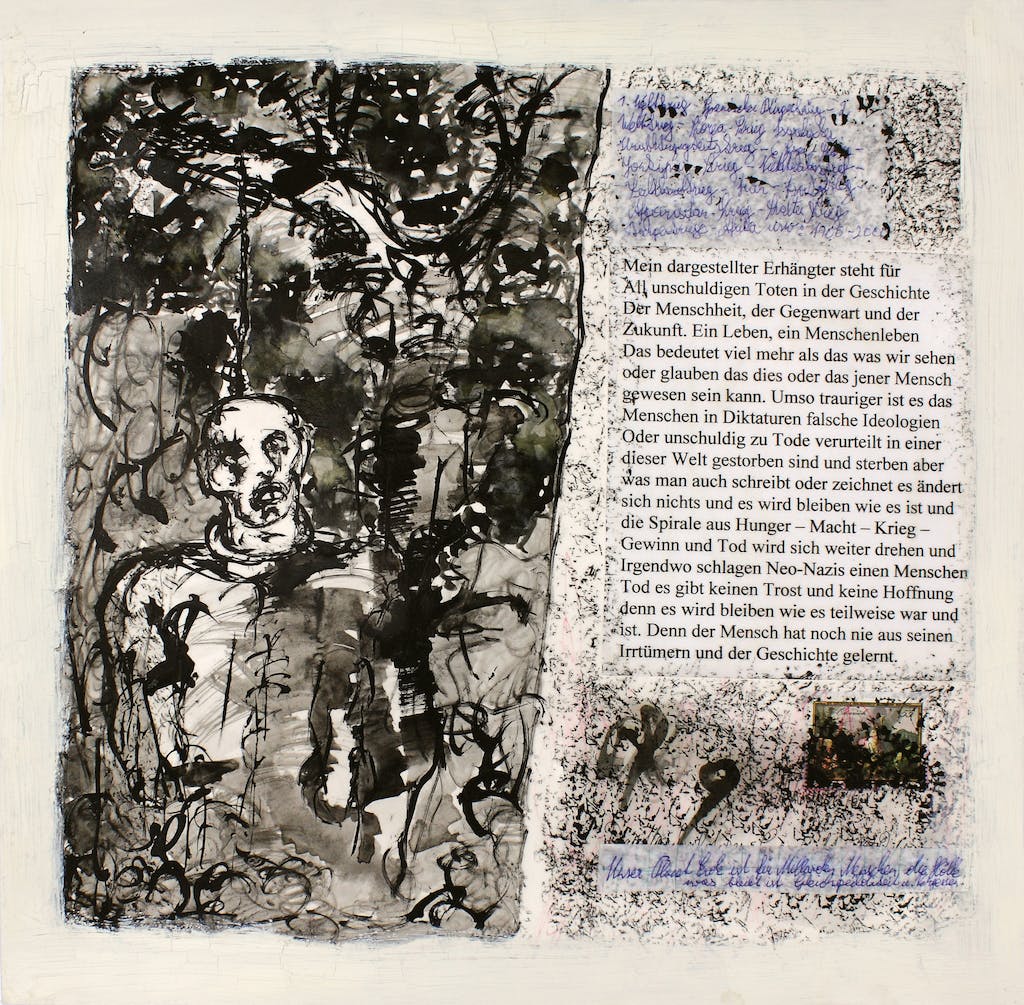 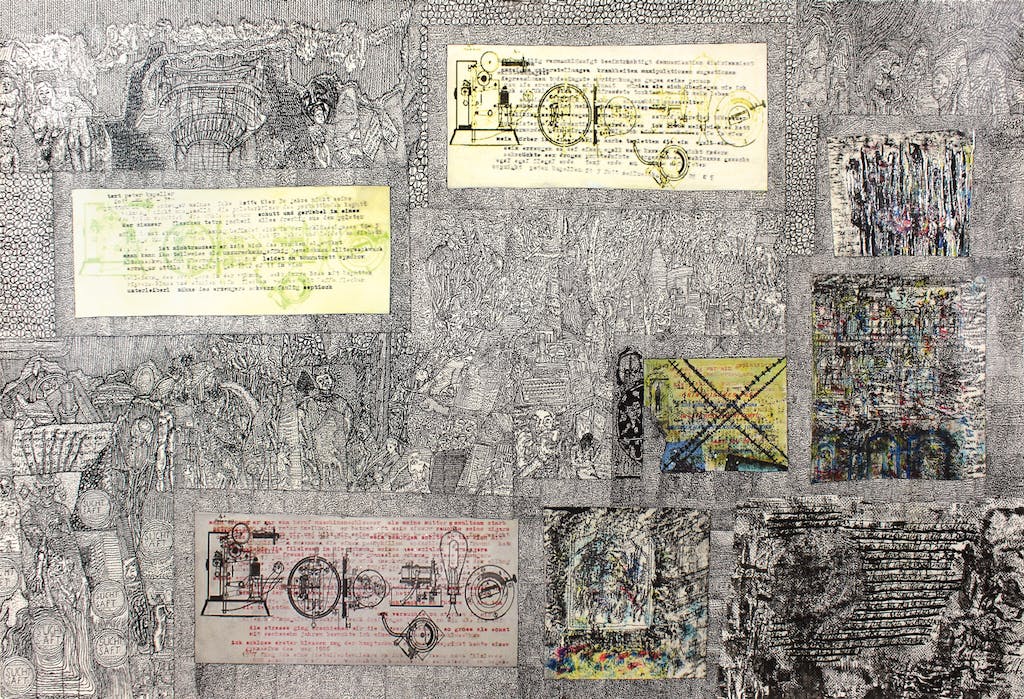 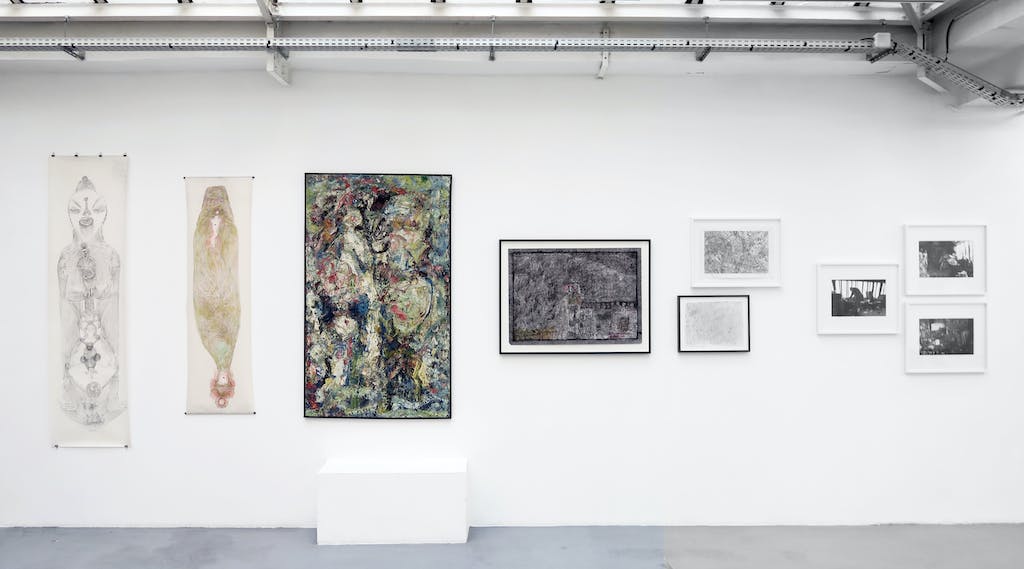 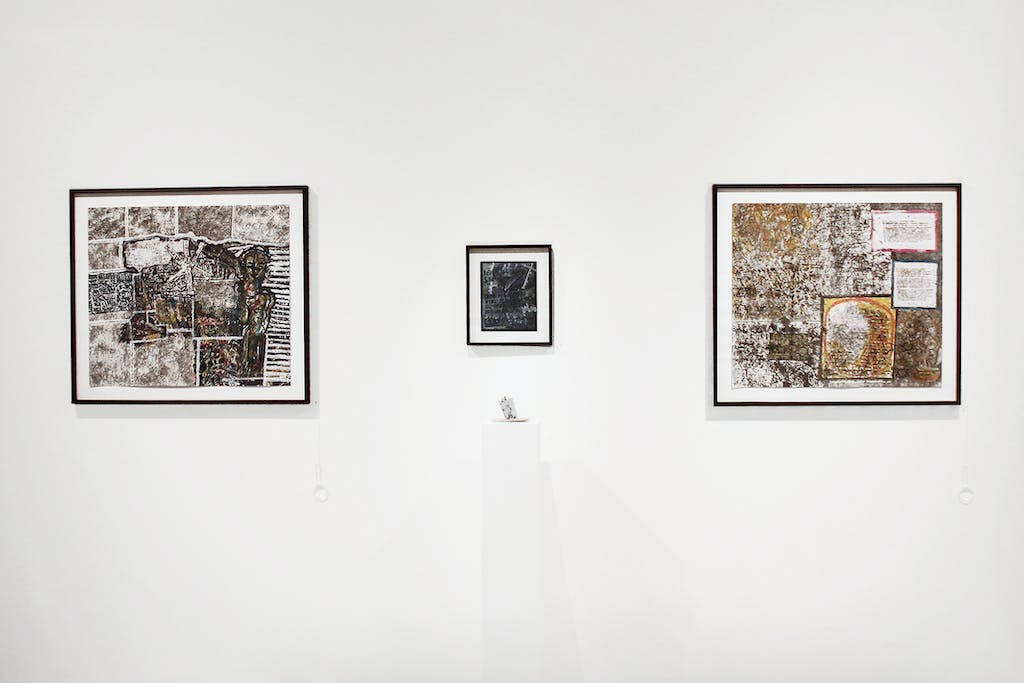