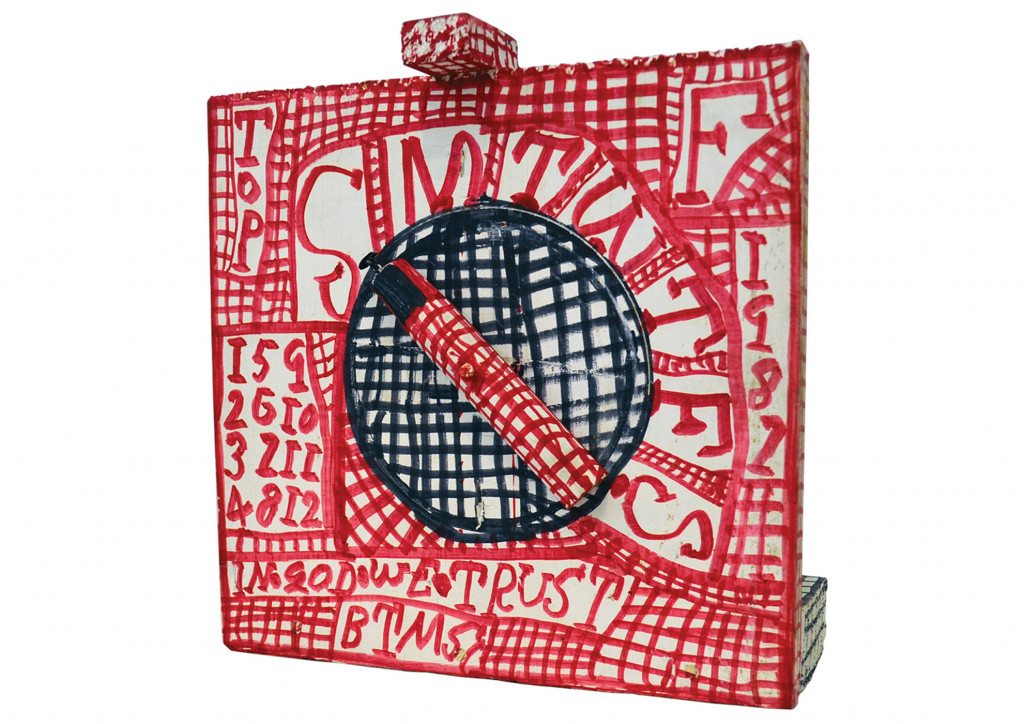 The gallery loaned an artwork of the american artist for the exhibition Chapter 6 : Zebedee Armstrong at Brussels.

The Agprognostic Temple is a nomadic art space in Brussels that was founded by Dome Wood and Sam Steverlynck. It aims to showcase art in unexpected ways and to probe the mysterious, the spiritual, the ungraspable in current artistic practice. 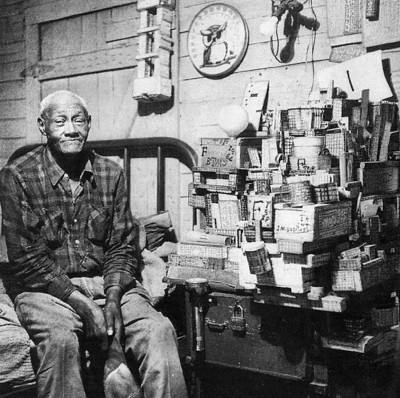 Armstrong was born in Thomson, Georgia. He went to school until eighth grade. He married in 1929 and had two daughters. For much of his life, he worked picking cotton on the local Mack McCormick farm. After his wife died in 1969, he began to work at the Thomson Box Factory, staying there until 1982. In 1972, he claimed to be visited by an angel who warned him that the end of world was coming soon. Armstrong went on to construct almost 1,500 box calendars with the aim of trying to determine the exact date of the approaching doomsday. Many of the calendars are made of wood with clocks and dials, painted white and over-layered with grids or with text denoting the box’s purpose.