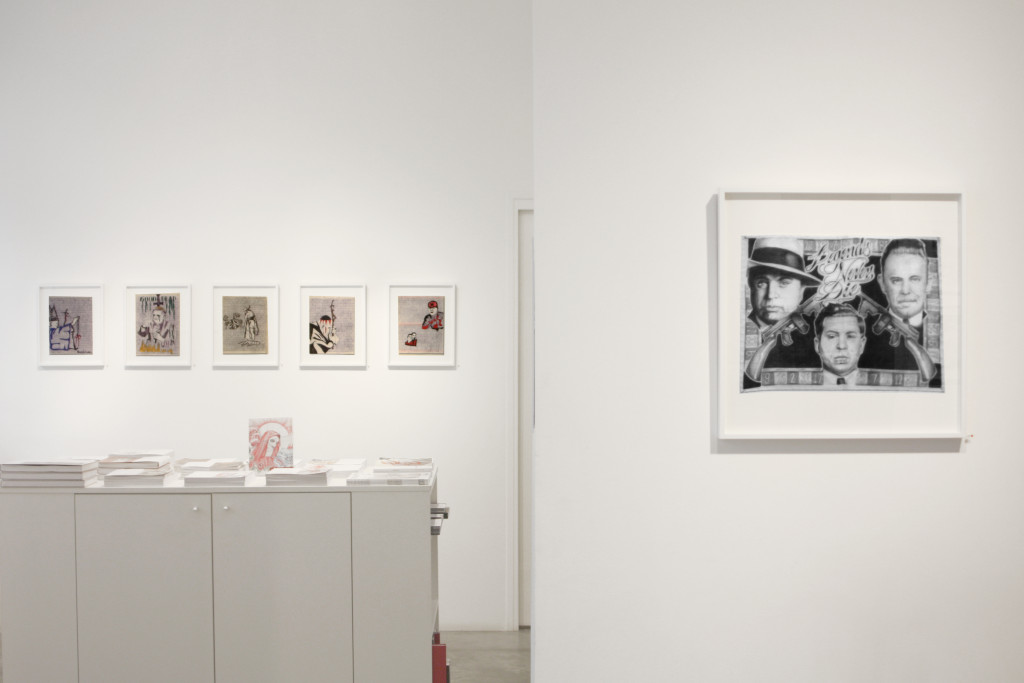 The center, they say, is defined by its margins. Art brut, the subject of ever bracing controversies, should, according to this logic, gain something from examining its own borders.

Popular culture is one of them. Prinzhorn and Dubuffet, in their time, had illuminated an entire facet of it: creations born of the prison system. The one by dedicating a work to prisoner art as early as 1926, the other by paying close attention to the work of the “prisoner of Bâle” in the first journal of art brut, which appeared in 1964.

Emblematic of the Latino subculture of Los Angeles prisons, the paños – of which we will soon see examples in the exhibit Tatoueurs, tatoués (Tattooers, tattooed) at the Quai Branly Museum – are, from this perspective, an exceptional research subject.

Starting in the 40’s, for the Chicano prisoners of the southwestern United States – often illiterate and convicted to heavy sentences – these missives illuminated with a ball-point pen on handkerchiefs constituted the only way of communicating with the outside world. Their technique was at times passed down from one generation of prisoners to the next and the themes – fraught between eros and thanatos – give a hollowed out portrayal of a mistreated culture on which gang culture has also imposed itself.

Calling upon both pre-Columbian heroes and those of the revolution, the Virgin of Guadeloupe and the Lolita of the suburbs, imploring a mother’s forgiveness or seeking oblivion or reassurance through smoke rings of marijuana, the authors foreword of the paños don’t escape the archetypes of their community.

No more than Boris Santamaria, a Cuban prisoner whose poignant and uncompromising drawings, presented for the first time, cannot totally escape the codes of counter-culture. It would very well seem that reclusion or confinement are not, in and of themselves, strong enough pathogenic catalysts to modify / transmute the nature of artistic production every time.

Nevertheless, even if the individual mythologies don’t extend themselves to these works except implicitly, the vital necessity that drives their authors is entirely prodigious. For the recluse, the outcast, as for a schizophrenic, inventing other worlds, other systems, other destinies, is nothing but the creation of an evacuation plan.
Art brut, in this way, is perhaps also the most beautiful and vibrant praise of escape. 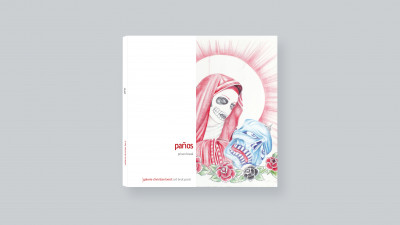