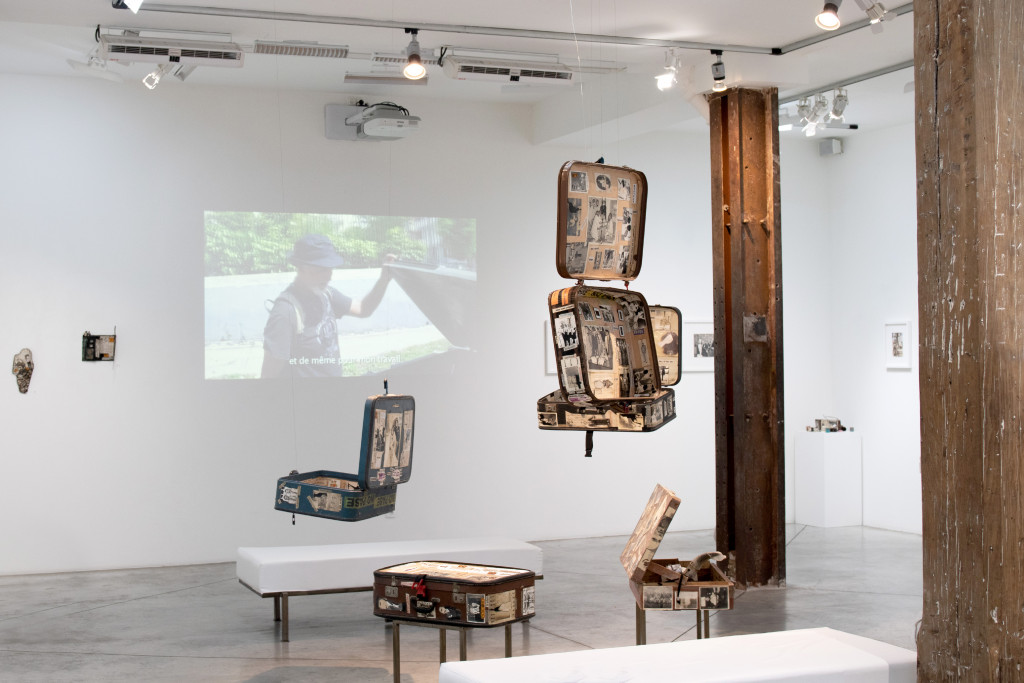 The work done by Jorge Alberto Cadi – born in Havana in 1963 – emanates a Cubanness full of saudade, self-derision, social critique and an infinite tenderness for our condition as mortals.

“El Buzo” – the diver – as he is called by Havanans, tirelessly treks the city streets in search of his junk, his rejected objects. For more than twenty years, like one of Agnès Varda’s gleaners, he has been collecting suitcases, boxes, photographs, and newspaper clippings whose destinies he intertwines, both literally and figuratively. Not to rehabilitate them, but because he detects a real potential for extrapolation, for marvelous narrative possibilities, in these objects.

Cadi works as much through hybridization as through concretion, gluing here, cutting there, sewing this to that. A Boltanskian in his memorial use of photography, a Warholian when he sews grafts of images together, El Buzo seeks above all to reveal what these images hide.

At first sight, even if in his photomontages he gives in – in the style of Hannah Höch – to a satire that doesn’t compromise with bourgeois and religious norms, his subjects continue to have a grip on our most archaic torments: are the ghosts hiding in shadows as regrets or as traces of our dearest deceased? Do the decapitated characters hold their heads as a sign of alienation or, like Saint Denis, of resurrection? Are the diabolic attributes with which they are at times adorned the mark of our internal demons? Do the movie stars whose beauty has withered refer to our own decline? Do the sewn lips and the empty stares recall our inability to say and see?

As for the annotations and the enigmatic sketches that Cadi sometimes adds to his compositions, they serve as a false-bottom hiding an even more buried meaning. Only the omnipresence of crosses gets explained: “You live in a battle to not face your cross, “look at your cross”!”

But no matter what, Cadi never strays from his kindness, his compassion even. This is particularly true when he redirects the fatum of these exiles of the past by inviting them to unlikely encounters on and inside his suitcases and boxes.

“When you close your suitcase, you gather people who never saw each other. They come back to travel … Sometimes in another dimension.”

Thus the suitcase – a symbol, in Cuba, of division, of wandering, of separations – once more becomes a place of possible and unexpected encounters, the receptacle of hope.

During the exhibition we will continuously screen a 5-minute documentary on this Cuban artist, directed by the gallery and Batraciosfilm. 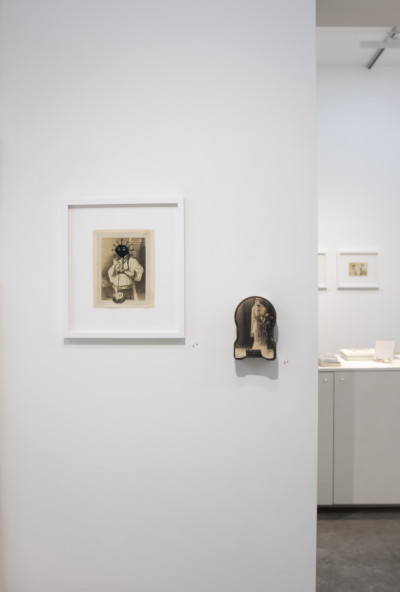 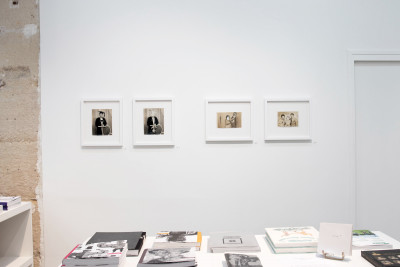 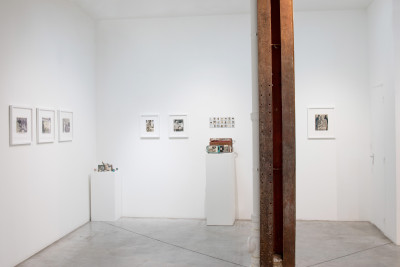 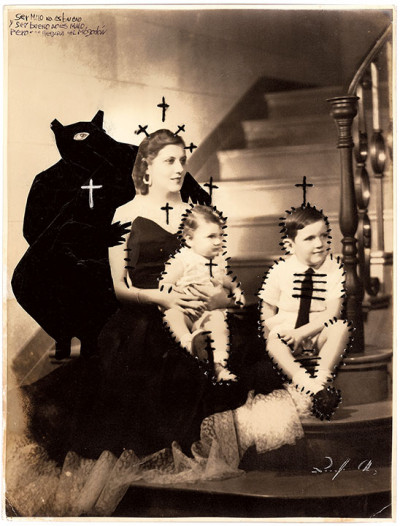 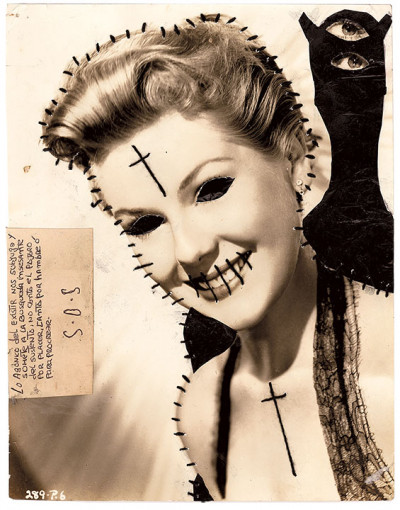 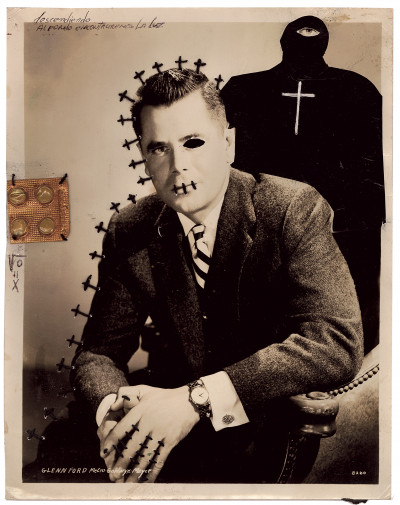 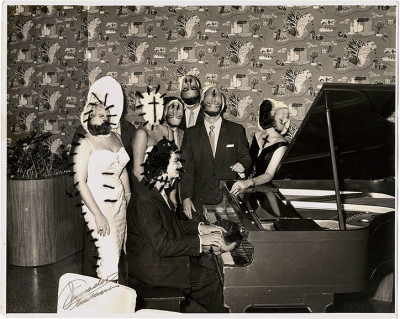 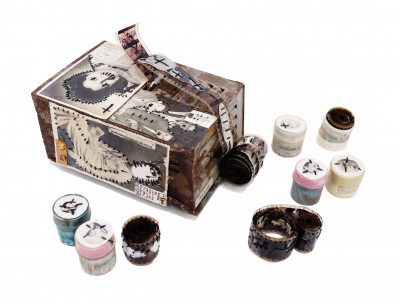 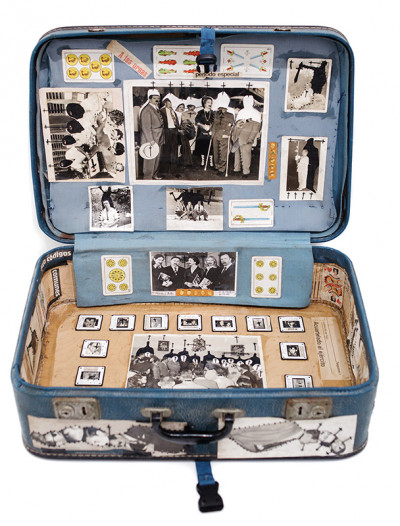 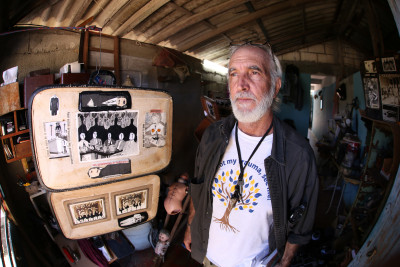 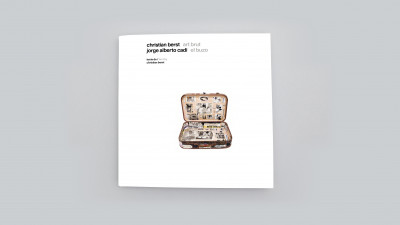 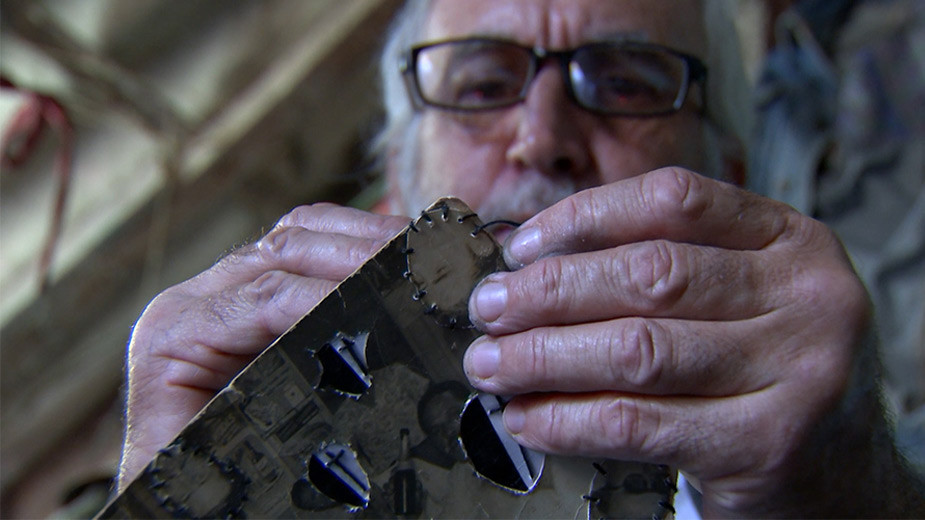