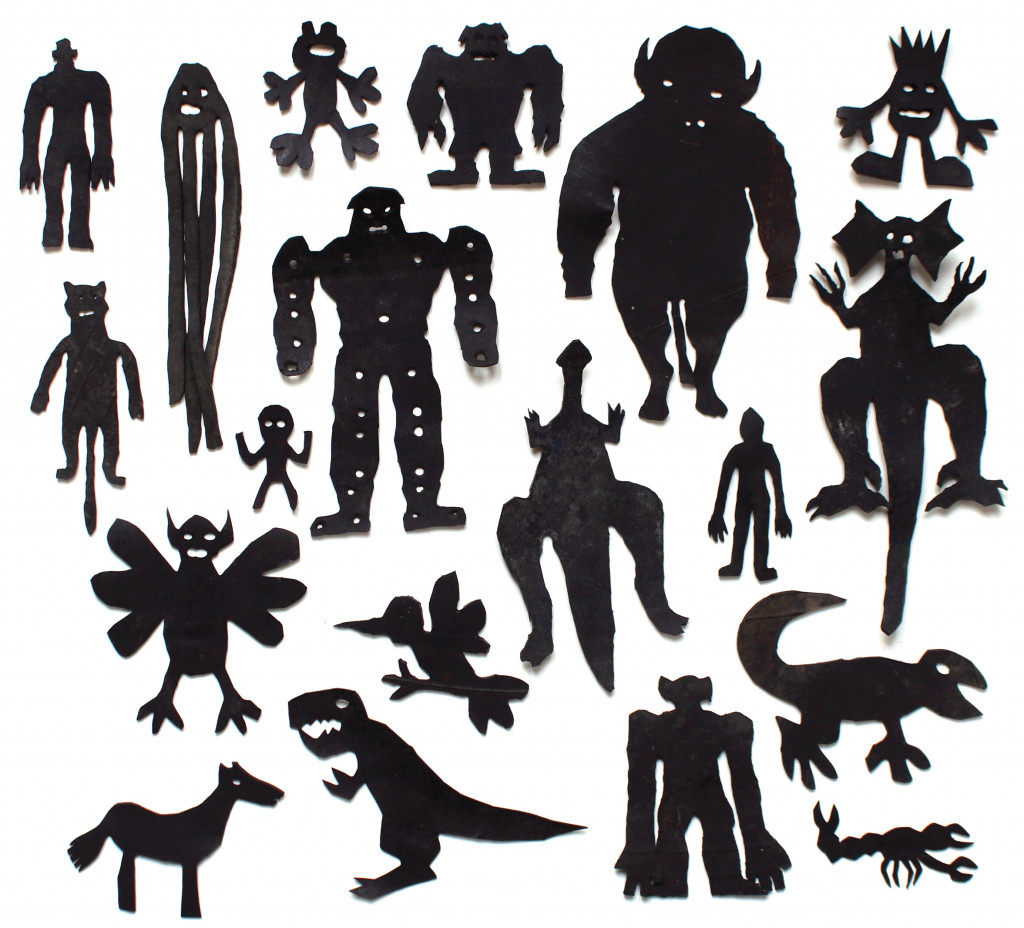 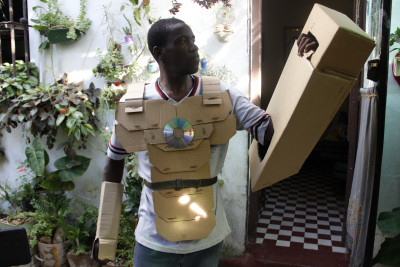 Daldo was extremely shy since he was a little child. He was diagnosed with a slight mental disability but his mother doesn’t talk much about his condition. She has always given him all her support and care, and as she was a teacher, she took care of his education at home.

During Daldo’s childhood and adolescence, he began to make his own toys. First, he used paper, then carton board, and finally he found a unique way to create his toys. He uses the inner rubber tubes from old car tires to create a great diversity of little figures: animals, humanoids, spaceships and all kind of creatures from his own fantasy world and from his preferred comics and cartoons. Some of them are just cut out with incredible precision with a scissor from the rubber while the others are put ensemble using different independent pieces that he cut out separately to create a dimensional figure.

He also makes armors like the ones superheroes use. He makes them with recycled carton board and plastic. He wears it and walk through the streets of his neighborhood. His mother told, in those moments, he’s more outgoing. It’s like his armors give him enough protection to get out fearless. In one occasion, Daldo made a functional raft using recycled plastic bottles. He still keeps it and sometimes he used it to sail near the coast as he were the captain of a boat.

Exhibitions
Sereno variavel
curated by Antonia Gaeta, Centro de Arte Oliva, São João da Madeira. From October 31, 2020 to May 2, 2021.
In and out of Africa
Oliva Creative Factory, Portugal. From October 7, 2017 to April 7, 2018.
Misleidys Castillo Pedroso
Fuerza Cubana, at the gallery. From February 4 to April 2, 2016. 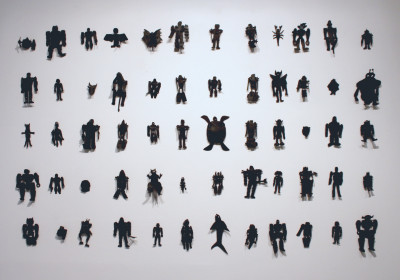 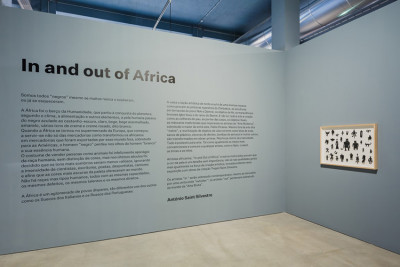