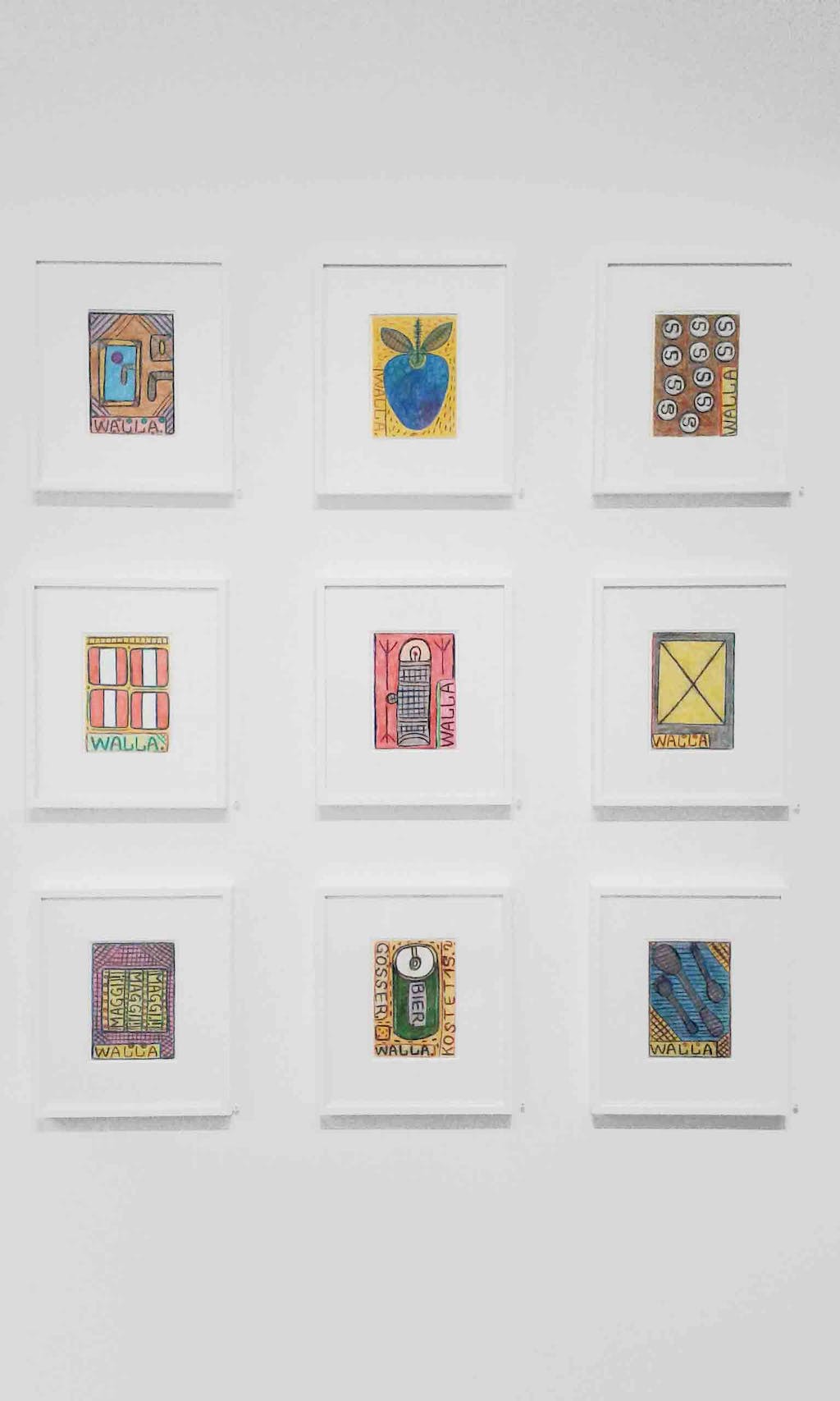 August Walla (1936 - 2001) – considered for a long time one of the “classics” of Art Brut – was certainly the most versatile of them. The painted works of this Austrian genius have nonetheless been exhibited and collected for almost 40 years.

This recognition is first due to his psychiatrist, the visionary Dr. Navratil: he had taken him in at his Haus der Künstler, the community of artists established at the very heart of the Gugging assylum, and had dedicated an important monograph to him in 1988. But, even if it would appear that Walla has always compensated for his reticence in speaking – which he reserved for his mother – with an uncommon creativity, his destiny owes much to his encounter with his doctors, Leo Navratil and then Johann Feilacher (to whom we are indebted for the text of our catalog).

For the first time in his life, Walla didn’t have to hide himself from others any longer. After a childhood marked by rejection, and during which his mother would disguise him as a little girl out of fear that he be drafted into the Wehrmacht (“armed forces”), after endless trips back and forth between homes and psychiatric hospitals, he could finally be himself. To facilitate his acclimation, his mother was even authorized to live with him in the hospital. And his artistic fever took a new dimension, since he could now colonize his environment with his words and symbols without fear of reprisal. He was even encouraged there.

Let us not however be at all surprised that upon entering Gugging, the pictorial work that he then developed in comparison was easier for the public to understand: more demonstrative, more figurative, this painting populated with hieratic figures and antagonistic political symbols pandered to the idea that people had at the time of Art Brut.

But Walla, stingy with words, was always a tireless graphomaniac, a creator of novolanguages derived from the dictionaries of the whole world, which he liked to surround himself with. He had not waited for this internment to “become engaged in a vertiginous, unlimited symbolic expansion,” as Michel Thévoz pointed out in 1986. Very much to the contrary, the polymorphous creator that he was began at the end of the 1950’s to express himself through photography, installation, the transformation of objects, dactylography of manifestos, and he never stopped doing it.

To the point that one could think that this aspect of his work was the essential core of it, for it is more intimate, thus less inhibited, less tributary to the reception of the public.

Never has a historical group of works of such importance been gathered in a gallery, bearing witness, once more, to the fact that Art Brut does not let itself be confined by any constraints.

After a troubled childhood and a turbulent adolescence, August Walla was diagnosed with schizophrenia and was finally admitted - along with his mother - to the Gugging hospital, near Vienna, in 1970. Resident of the Haus der Künstler (house of artists), he will remain there for the rest of his life. Expressing himself through photography, installation, diversion of objects and typing of manifestos, writing and drawing have become inseparable in his work. A key figure in art brut, collected by David Bowie, Walla is present in a number of collections around the world, including those of the MoMa (New York) or the Milwaukee Art Museum (Wisconsin). 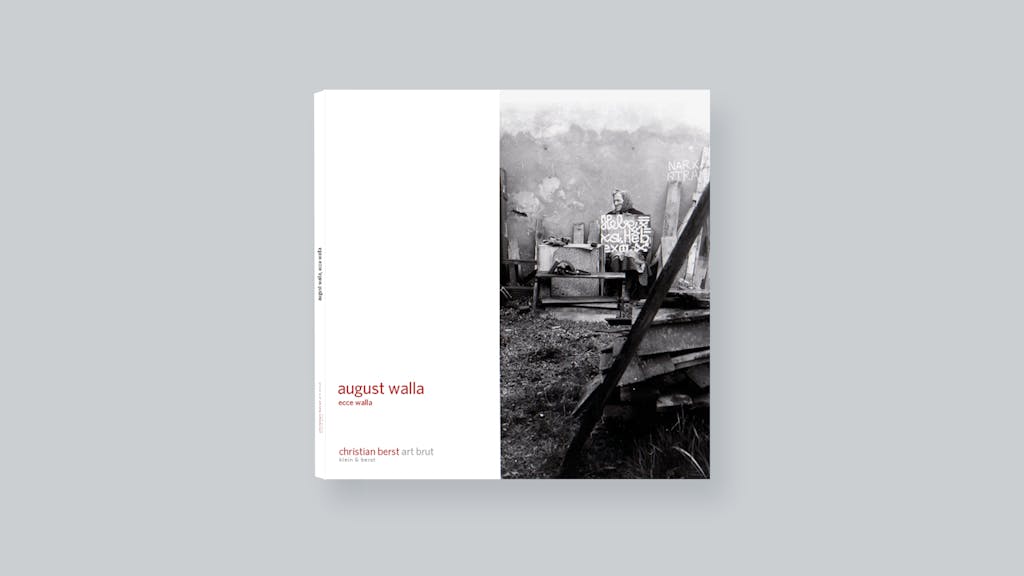