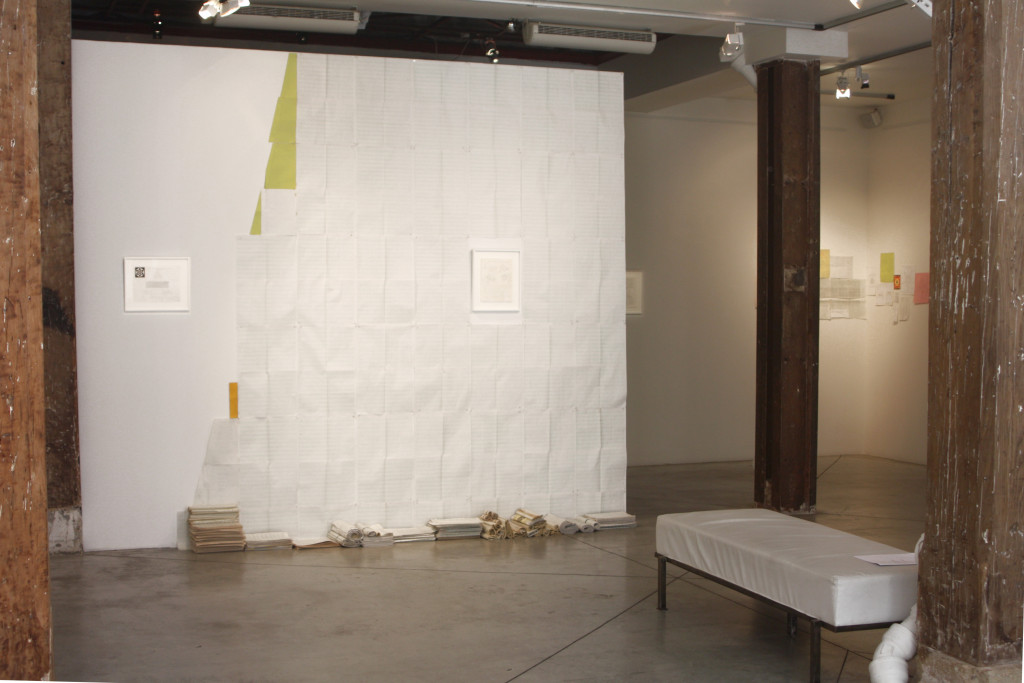 John Urho Kemp (1942-2010) graduated from the University of California, Berkeley in 1965 with a degree in chemical engineering and biochemistry. He worked as a chemical engineer for almost two years, then quit to study Scientology in England and Los Angeles until 1971. He spent the next decade operating an antiques business in Los Angeles. Amongst other interests, he traveled the world to witness solar eclipses and frequented hot springs of Northern California. Throughout his life he sought revelations through meditation, metaphysics, formulas, and numbers, recorded primarily in pencil and pen on the blank surfaces of scrap papers.

Much of his work was refined and compiled into compact documents that were then photocopied and leafletted as a means of sharing his findings with as many people as he could. An online archive of his work is underway, and includes poems, equations, drawings, and collages from 1979-2010.

We owe the rescue and archiving of his numerous works to his friend, the photographer Aram Muksian, namely thousands of pages, diagrams, sketches and numerical sequences, to the point of colonizing endless bundles of dot-matrix printer paper.

Daniel Baumann – commissioner, art critic and current director of the Kunsthalle of Zürich as well as of the Wölfli Foundation in Berne – dedicated an exhibit to him at the 548 Center in NY in 2014.

“I light up my Night in the darkness of my nerves
In my golden hair, I’ve put a hundred thousand watts
Circuits are out of order in the depths of my flesh
I imagine the telephone on a desert plane
The one where we see each other, me and myself
In this obscure haze of tinged twilight
I’m nothing but a psychic burdened with signs
My circuits disconnect
I’m nothing but a binary”

(Léo Ferré, There is nothing more)

Who is John Uhro Kemp? A mystic, self-proclaimed messenger, a learned alchemist, an erudite surrounded by myths and symbols? And what he left behind for us, is it a “work” in the sense that the art world typically understands this word? Probably not. Kemp’s research postulates the existence of a great, underlying mystery, something on which we probably all more or less agree. It is enough to escape our cities and leave our screens for a few hours during a summer night, to look up towards that surface covered in stars over our heads, infinitely profound, for something of that which constitutes our unity, our humanity, to immediately resurge. We are indeed ridiculously infinitesimal, lost there, in the Universe and surpassed by the unheard of scales that outflank us, never mind the direction in which we gaze. We are, in a sense, ill-adapted to the infinite.

Kemp sought to account for this mystery without boundaries, overtaken by the accident of our presence, by using numerals and geometry, probably convinced that an underlying order “encoded” the Universe. The elements that he left us are diagrams, formulas, numerical sequences that add up, pile up, and run into each other on an impressive accumulation of paper media, from perforated printer paper of a many meters to little cards of a few centimeters. Surely obsessively, he laid down kilometers of numbers like some form of mathematical mantra, an alphanumeric song whose words he alone seemed able to interpret.

Certain drawings and diagrams offer, for example, equations showing how to find the path to sacred cities, through the study of a dodecahedron. Sometimes the mathematical figures seem to refer to the “Freemason’s Cipher,” a principle itself drawn from the “Templar Cipher,” a method for geometrically representing letters of the alphabet depending on the position they occupy in a pre-established grid. A drawing in the form of an equation, dated February 29, 1996, is called The Miracle Formula of Life. At the bottom of the sheet, Kemp specifies: “this formula was recently (about two weeks ago) imparted to me in a dream after giving out copies of “A Formula for a Miracle”.”

Kemp would in fact distribute free “offerings,” these little drawings of a few square centimeters that condensed his alphanumeric meditations. He would give them to strangers or leave them on windshields. According to Aram Muksian, the photographer and friend of John Urho Kemp to whom we now owe the conservation and archiving of a part of his works on paper, Kemp’s research was probably inspired by the unique studies of certain mathematicians.2 Among them, it is useful to cite Abraham de Moivre (1667-1754), a friend of Leibniz, known for having predicted the exact day of his death, or even Georg Cantor (1845-1918), famous for his research on the theory of infinite sets. Both “saw” what they considered to be a manifestation of God in their research.

And indeed, in Kemp’s “works,” Biblical references are numerous. “Saint John 1:1,” “Saint Luke 4:32-34,” “Revelation 19:11-16,” appear, for example, at the bottom of a figure entitled “The Word,” in which a star and different geometric forms contain the words “God,” “Noah,” and “Jesus.” It is also often a question of the supposedly evil number 666, representing the number of the beast. A paper called “The Mark of the Beast,” for example, dated November 21, 1999, tells how Kemp discovered and photographed an inverted pentagram on August 20, 1999, near the Notre-Dame cathedral of Reims, some days after observing the full eclipse of the sun from August 11th.

We could have drawn up a quick, enigmatic Identikit of “Cosmic John” before his death: a Berkeley resident, vegetarian seeker of eclipses, wearing a beard and long hair at the wheel of a Volkswagen minibus, regularly frequenting the hot springs of Marin county, near Stinson Beach in California, known by the few people frequenting the springs. This is about all we know of him and that would be enough to make a good Coen brothers film.

All of his drawings in reality appear to be a very strange blend at the crossroads of scientific worlds and spiritual speculations, but also sectarian: the mention, in different papers, of the destruction of the sun by a hydrogen bomb tends to evoke a form of adaptation of the “theories” of scientology. In 1982 and 1983, three letters from the Californian Church of Scientology were even sent to him. But we equally find in the pieces that he left us some revisions of the famous Einstein equation as well as studies of the quartz crystal, which is what got Kemp one of his nicknames, “Crystal John.” The esoteric healers attribute to this crystal the capacity, namely, to balance “vital energy”…

But in looking at the pieces he left us only from the angle of indecipherable and probably enlightened messages, we end up missing the enigmatic force of the graphic ensemble that it constitutes. With an extreme economy of means, Kemp managed to fix an entirely personal and unique artistic language. Beyond the meaning, the forms that his compositions take are of a great diversity, sometimes really allowing the white sheet of paper to breath by sprinkling a few signs and inscriptions here and there, or on the contrary, completely saturating the paper. Other times still, the composition rests on only a few rectangles or squares that are balanced on the sheet, elsewhere there is rather a central figure that distributes the ensemble of motifs that seem to gravitate or float around it. Sometimes it is a feeling of chaos and rupture that dominates, with different additions and superimpositions, and other times it is rather the rigor of the orthogonal grid that fixes the drawing.

It is here that another gaze fixes itself on the works of this artist who was perhaps unaware that we could approach them not as messages or “revelations” but rather as autonomous works, closed worlds dispensing their own artistic rules. What we see is the trace that this man left us during the time of his existence, as if he had managed to pass on this profound, intimate and precise equation of an active human being. Something in these bits of paper puts us in the position of an archeologist. Except that we know ahead of time that nothing will explain the why, the how. It is pure gratuitousness, pleasure in the exercise. With the loss of “Cosmic John,” the key has disappeared. Just as in the starry summer night, there we are, from all sides, burdened with signs. 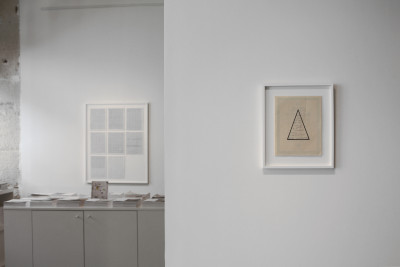 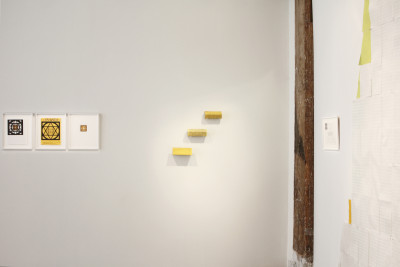 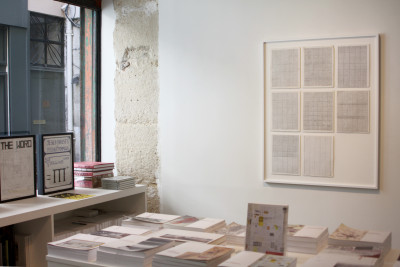 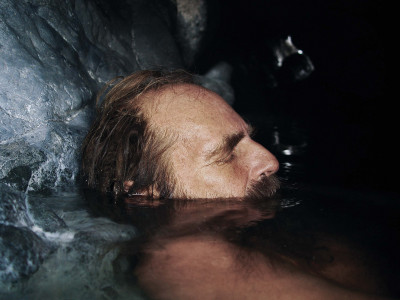 This Californian artist, who died in 2010, had a degree in chemical engineering. Fascinated by meditation and metaphysics, he sought to unravel the mysteries of existence through formulas and numbers drawn from his own history. This “conceptual brut” artist sometimes photocopied his work to distribute it to as many people as possible. In 2014, Daniel Baumann introduced him to the 548 Center in New York. The following year, we entrusted Gael Charbau with writing an essay and curing the monographic exhibition held at the gallery. In the same year, Alfred
A significant number of his works was donated to the Centre Pompidou collection in 2021. 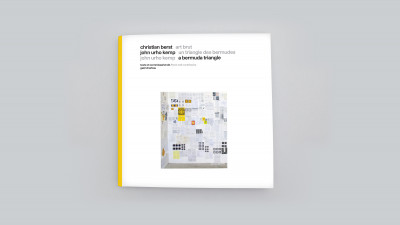 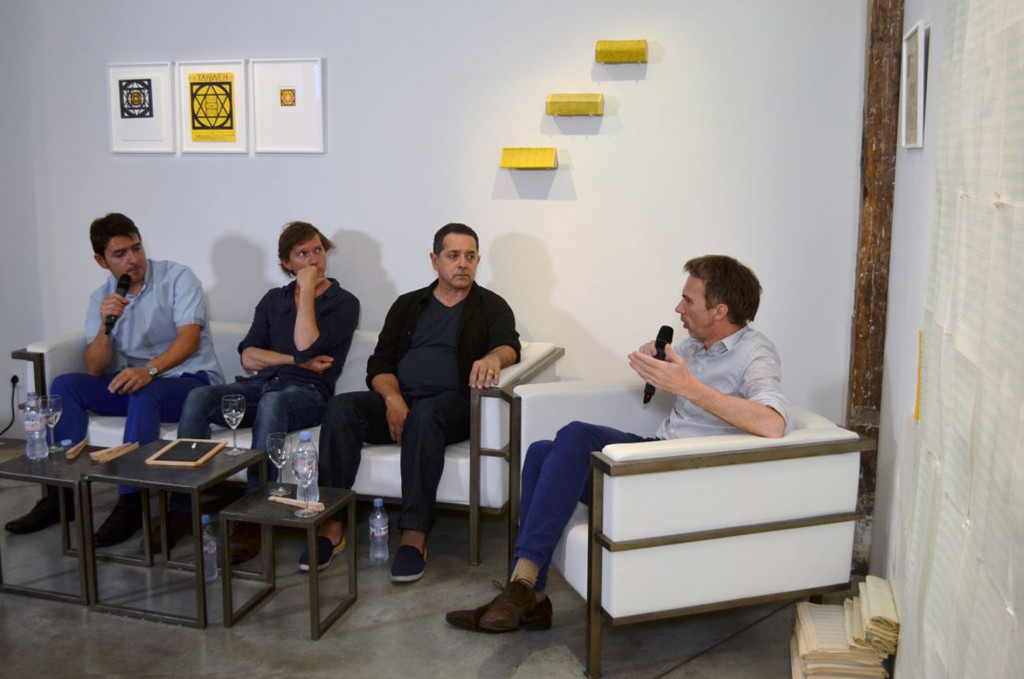