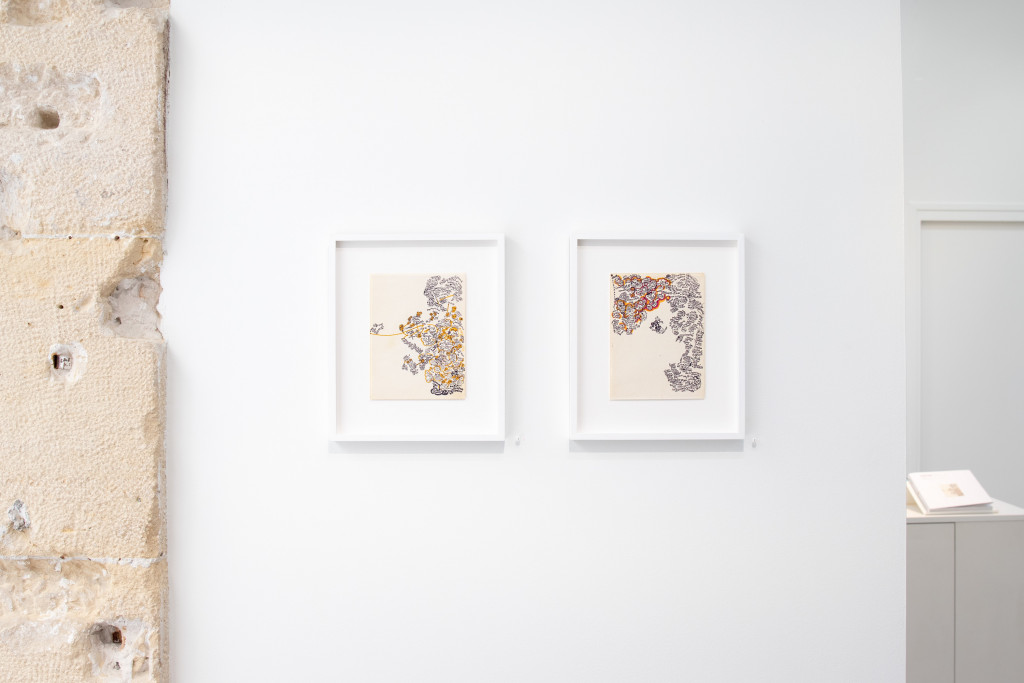 From the Palais de Tokyo to the Maison Rouge, not forgetting the DOX in Prague and the Rencontres d’Arles, the poetic cryptograms produced by this major contemporary proponent of Art Brut have been seen in a numbers of venues lately. But this is the first time that as many of fifty of his works are being shown together in a single gallery. On the occasion of the exhibition, a 200-page catalog, bilingual (fr/en), with texts by Barbara Safarova, Jaromir Typlt and Manuel Anceau is published by the gallery.

Zdeněk Košek (1949-2015), a Czech typographer and cartoonist who, at about the age of fifty, began suffering from psychosis, saw himself as a kind of one-man hub, receiving and retransmitting all kinds of information. He spent his days at the window of his council flat, noting everything from the direction of the wind and the choreography of the clouds to changes of temperature and furtive rustlings or snatches of conversation with birds and insects.

Everything he saw was a sign and his day was measured out in maps, diagrams and nebulous schemas capturing the fragile balance in which birds and nature, representing good, were constantly being threatened with desolation. Košek, felt bound to undergo this saddening but unchanging ritual in to prevent the onset of irreversible chaos.
Condemned to perform this mantic practice, on the edge of his paper he conjured up a teeming world, with clusters of cores, figures and words ordered like constellations, with arrows and dotted lines pointing out the connections and cells vibrating like a primordial soup. It was in this way, by attentive observation of natural phenomena, that Kosek deployed his organic grammar and created an order capable of thwarting fate and preventing misfortune.

“I was the master of the world, it was my huge responsibility to solve all humanity’s problems. For if I did not solve them, who would?” 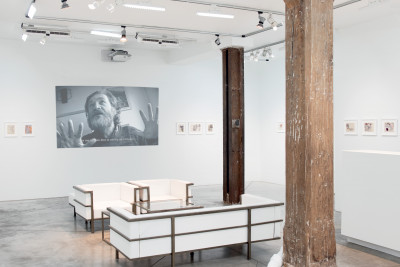 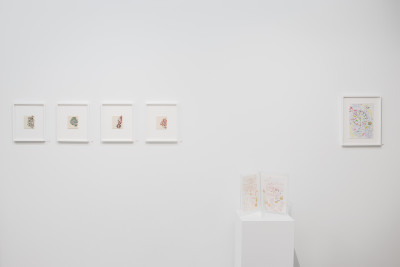 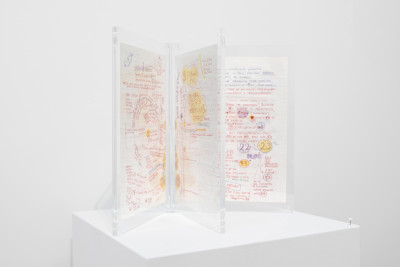 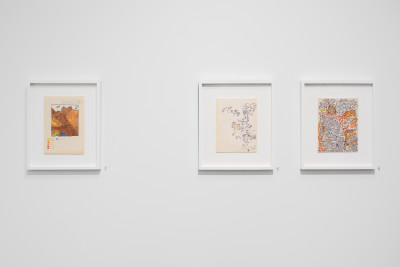 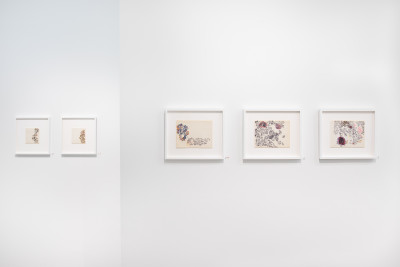 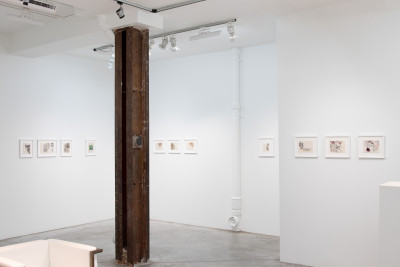 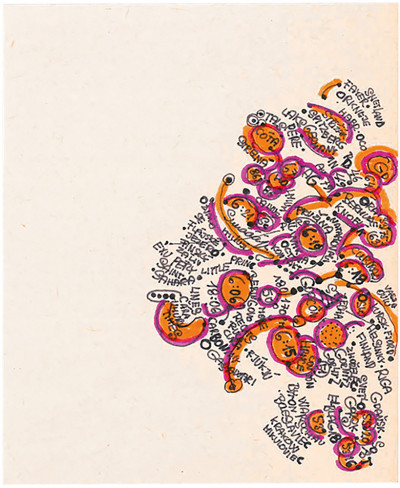 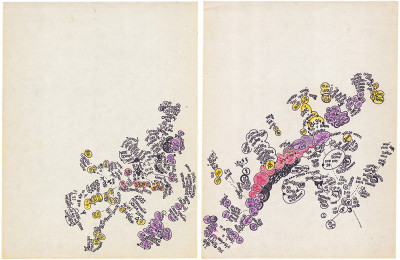 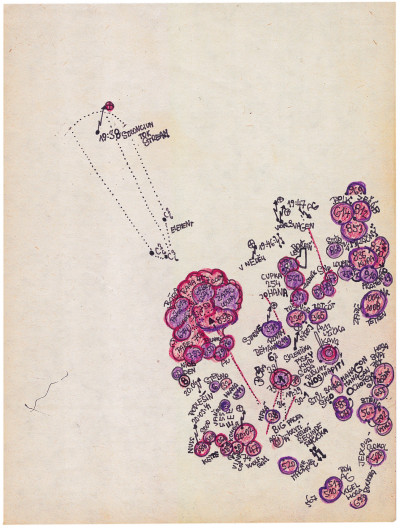 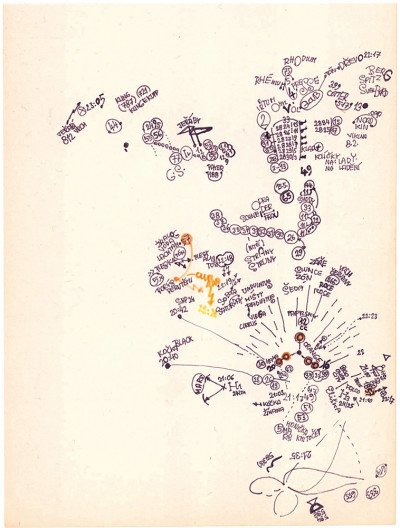 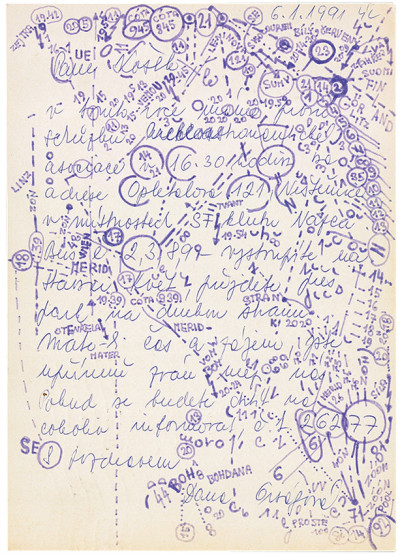 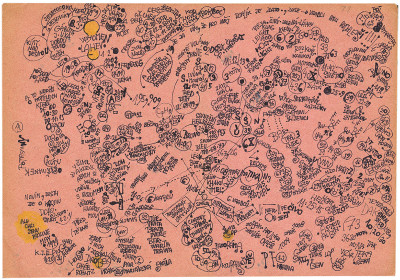 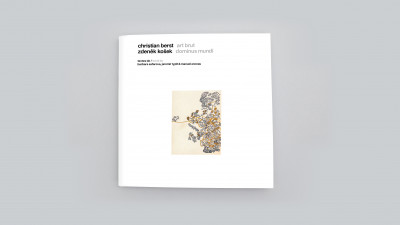 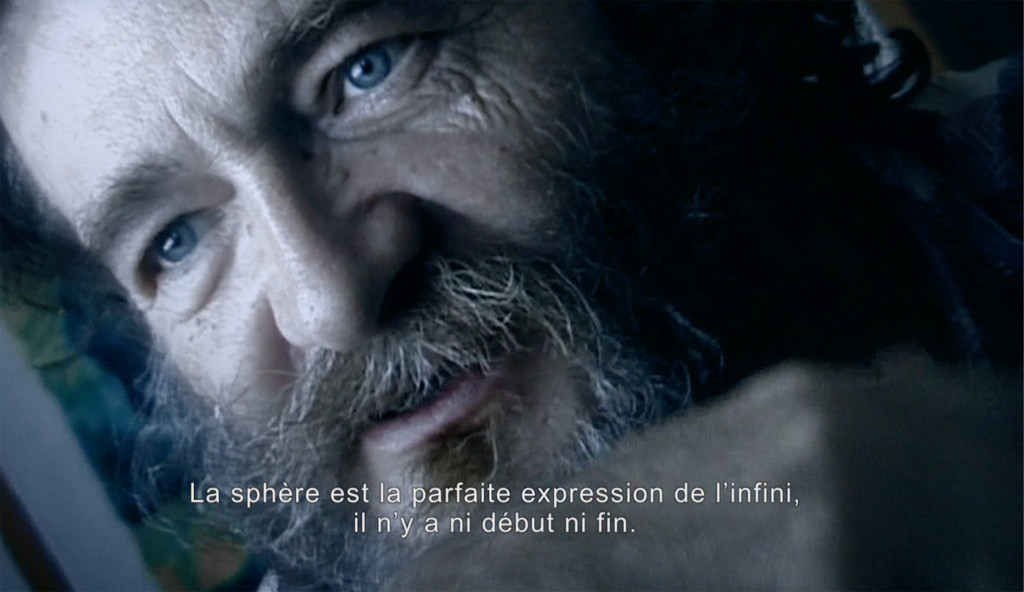