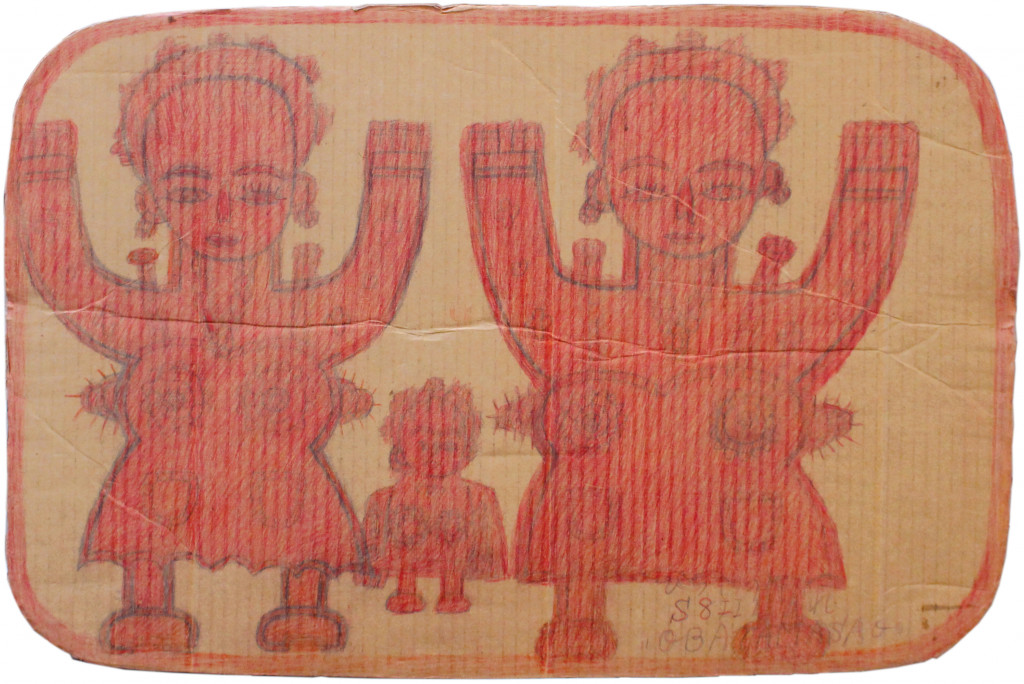 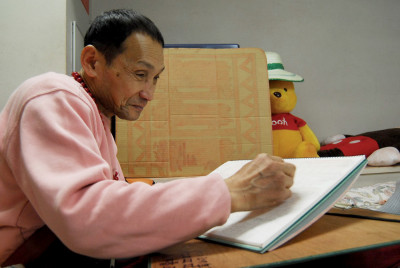 Masao Obata was born in Okayama Prefecture, Japan, on a small island where he spent his childhood. After his parents’ divorce he was raised by his mother. As a child, Masao Obata took pleasure in drawing, on his own, in the bamboo groves. He was confined in a psychiatric hospital between thirty-one and thirty-three years of age. Shortly afterwards, he lost his mother.
Subsequently, periods in specialist establishments alternated with temporary jobs. Aged forty-two, he went to live with his father in Kobe. On the death of the latter, three years later, he again found himself bereft of family and for several years was placed in an institution overlooking the city. It is here that he would produce several hundred drawings. Since he shared at first a room with another patient, his only private space was his bed. This is why he started piling his works under the mattress, then on the bed, to the extent that the only space left to him for sleeping got smaller day by day. In 2007 the establishment was destroyed and Masao Obata entered a new institution where he died three years later.

Masao Obata began by collecting old cardboard boxes from the kitchens of the hospital where he lived. He used to spend his nights drawing secretly on these makeshift supports. His compositions often depict a young married couple, a man and a woman, sometimes accompanied by a child. The figures are shown frontally and each is drawn “flat” in a concise and detailed manner. He also draws landscapes that are engraved on his memory, vehicles, plants, even the furniture in his room. Whatever the subject of his compositions, red – his favourite colour – is dominant. Incidentally, he sometimes dresses himself in red from head to foot. 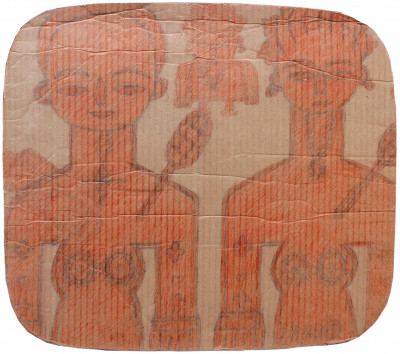 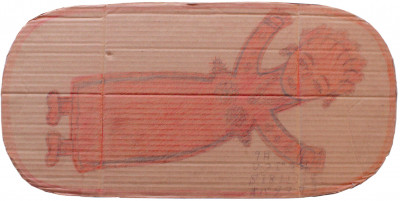 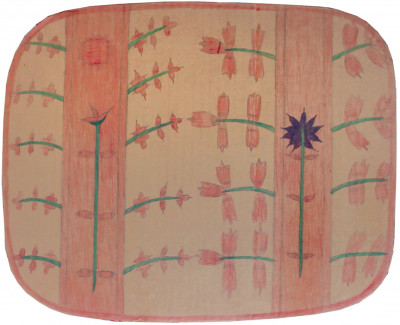 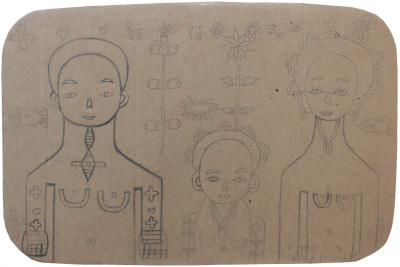 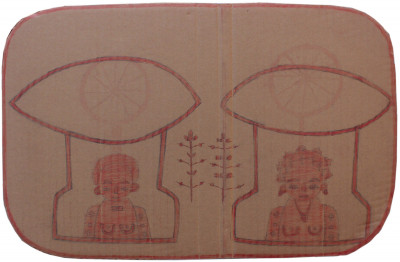 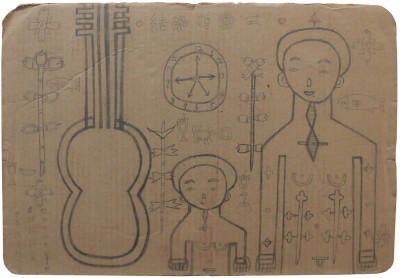