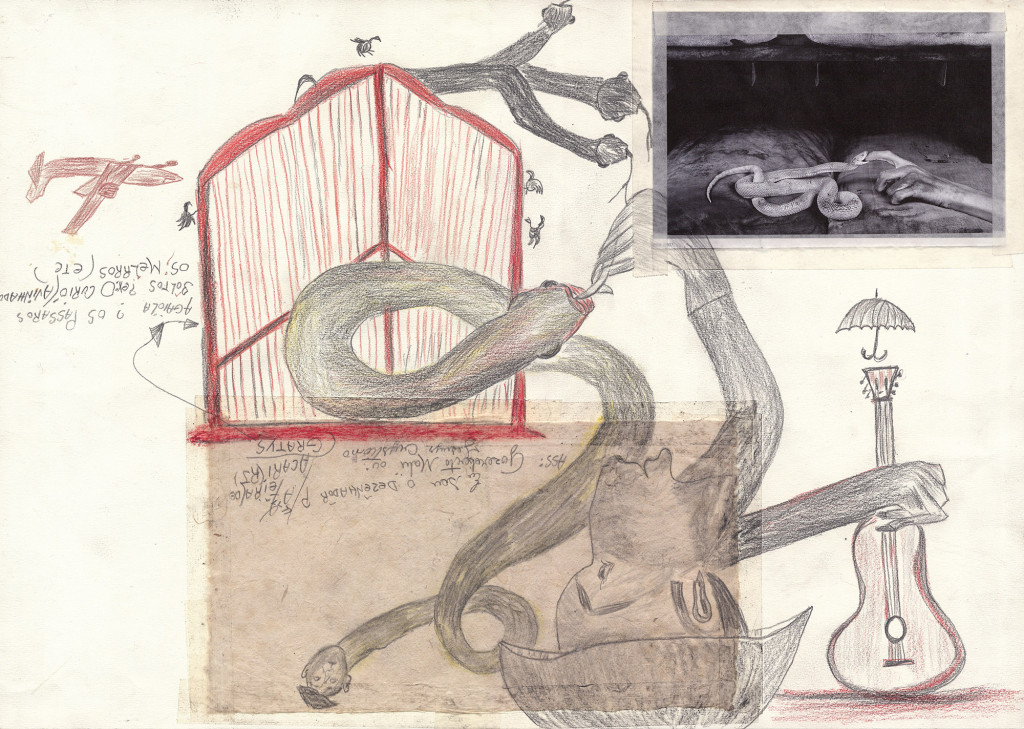 Jesuys Crystiano seems to have spent his adult life wandering the streets of Ilheus (Bahia) until 2010, when a German hotelier - who had noticed his wall drawings - took him in and provided him with material to put his surrealist worlds on paper, thus saving him from being hospitalized in a psychiatric institution. During his last 5 years of life, Jesuys was able to produce hundreds of drawings, populated with vultures, soccer players, overturned chairs and tables, characters with interlocking faces, drawn with colored pencil and charcoal, often enhanced with collages and annotations. 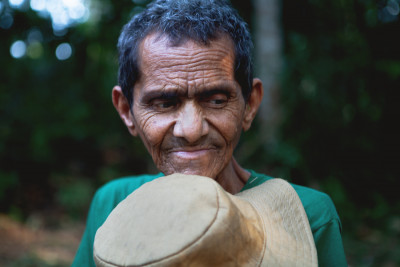 Much uncertainty surrounds the biography of Jesuys Crystiano. A court arbitrarily established the year of his birth as 1950. It is believed that he spent his childhood in Buerarema, in the state of Bahia, and attended school there, and he later moved to Rio de Janeiro as a youth. Crystiano’s life and work are documented only as of 2010. During this time, he was living in the streets of Ilhéus, Bahia, and was cared for by his neighbors. His life changed when a German hotel owner living in the region became interested in the murals that he had drawn on abandoned buildings. This wealthy mansupported Crystiano’s art production and cared for him until Crystiano’s death in 2015. Crystiano created hundreds of drawings in R charcoal and pencil—some in a large format—as well as collages made of photographs from newspapers, books, and found objects, in which formal encounters between the elements present in the photographs and his own drawings seem to have triggered the creation of unreal worlds populated with composite beings and objects (e.g., crowned vultures). Their vertical dimension refers to elevation but also to falling (e.g., overturned tables, uprooted tree trunks), presaging a catastrophe. 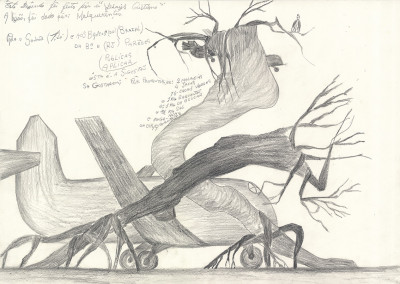 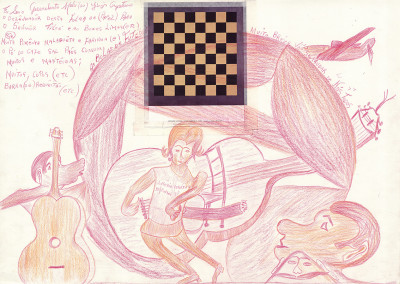 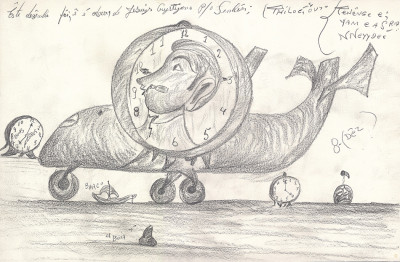 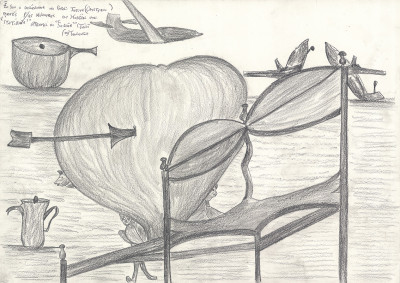 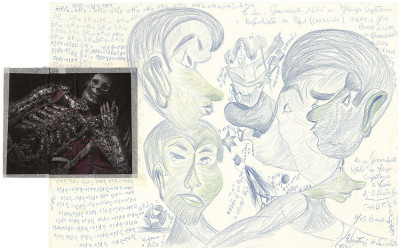 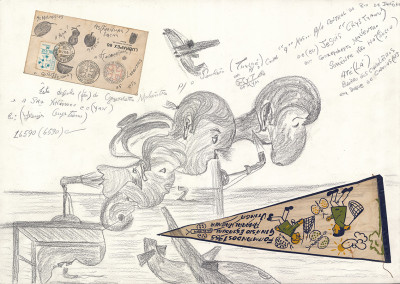 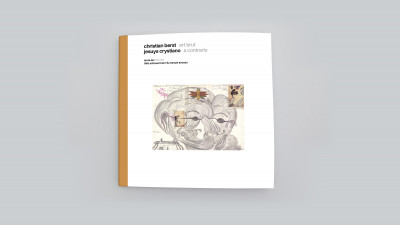 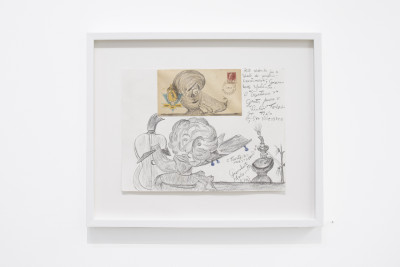 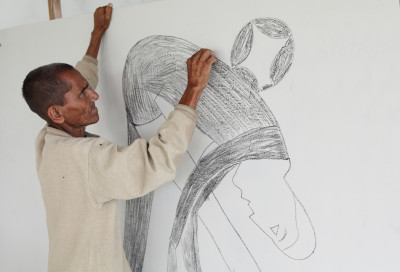 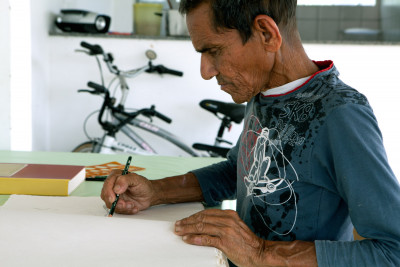 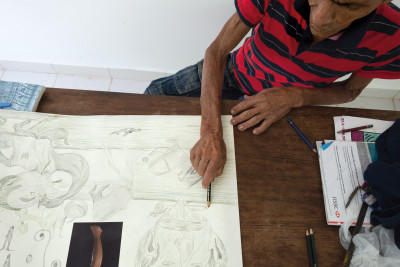