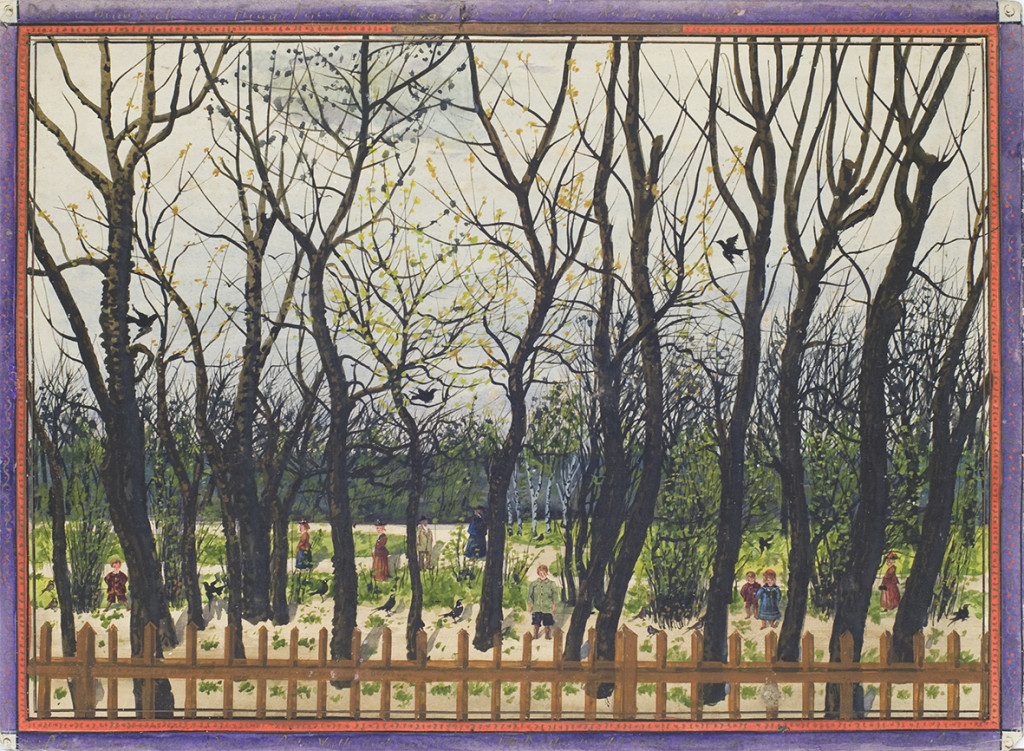 After a prestigious career in painting porcelain, Josef Rädler, plagued by delusional episodes, was committed at the age of 49 to the Mauer-Ohling Institute near Vienna, where he produced hundreds of brightly coloured watercolours illustrating his daily life in hospital, on the back of which he wrote diatribes on such issues as world peace and women’s rights. Radlër saw himself as a great philosopher, “Painter to the Court of Austria, Italy and Siam”, “apostle of humanity”. Despite being violent toward hospital staff, he owes the rescue of his work, considered of little value by the doctors, to a nurse, and to Professor Léo Navratil for having brought it to light in 1960. 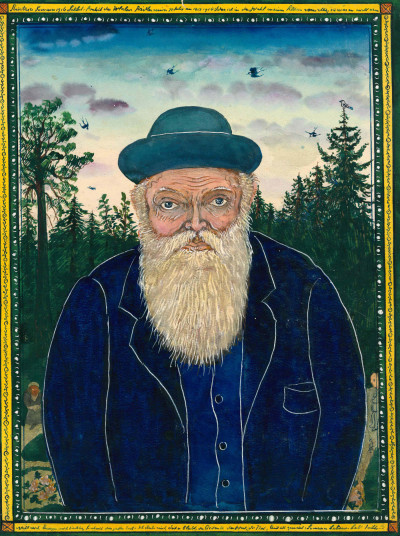 Born in Bohemia in 1844, Rädler made a career in Vienna as a painter of porcelain, eventually co-founding the world-renowned Rädler & Pilz company. He led an uneventful life with his wife and 4 children (4 others died in infancy), but in his forties he suffered from delusions of grandeur, which led to extravagant spending and subsequent legal action. When he turned 49, he was hospitalised in a Viennese institution, and in 1905 he was admitted to the Franz Josef Regional Hospital in Mauer-Öhling, where he remained until his death.

After a few years of confinement, he began to meticulously paint sunrises and sunsets in watercolour, as well as exotic birds presented in a number of ornate frames. He usually covered the backs with militant texts or sequences of numbers in tiny, almost illegible handwriting, sometimes accompanied by drawings of the countryside.
Following his transfer to Mauer-Öhling, the numerous activities on offer inspired him to depict a range of new subjects related to his daily life: portraits of patients, scenes of dormitories, walks and festivities at this “world university”.  He dated and signed his watercolours with the names “Laughing Philosopher” or “Painter of the Court of Austria, Italy and Siam”, convinced that he was fulfilling a pacifist mission as an “apostle of humanity”.

Rädler was a difficult patient, violent toward his doctors and carers, comparing his treatment in hospital with the tortures of the Inquisition. In 1914 he protested against the outbreak of war (“It is a disgrace to all of Europe that man should wage war on man…”) and intended to bequeath his paintings to the Women’s International League for Peace and Freedom in The Hague. Things turned out otherwise, however, as his more than 800 watercolours, “worthless works” according to the doctors, were only just salvaged by a nurse before being discovered by the psychiatrist Leo Navratil in 1960, and brought to the attention of the world in the 1980s thanks to a small touring exhibition in Austria. 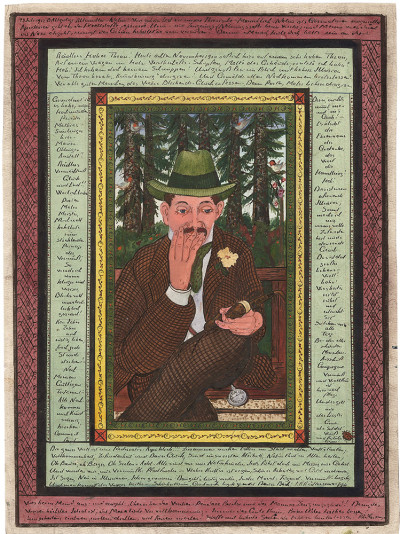 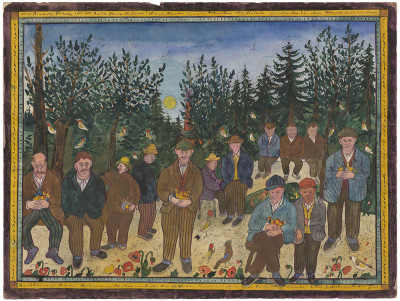 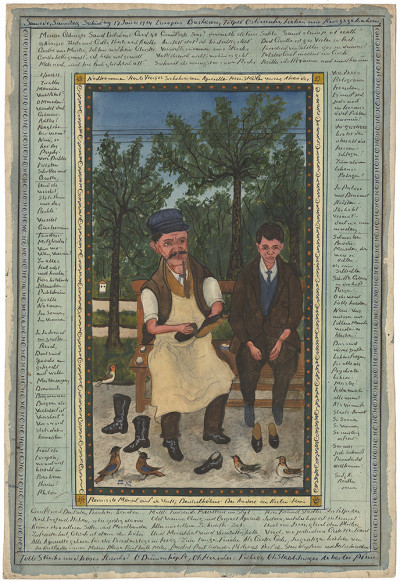 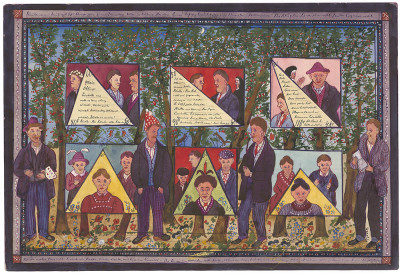 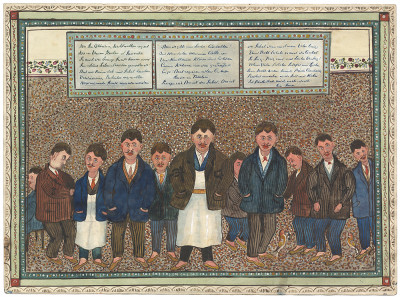 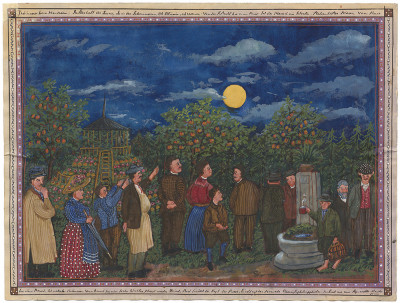 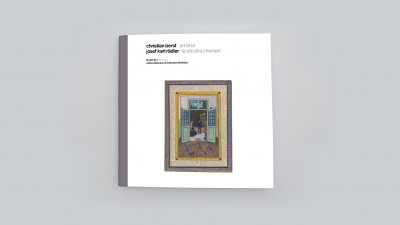 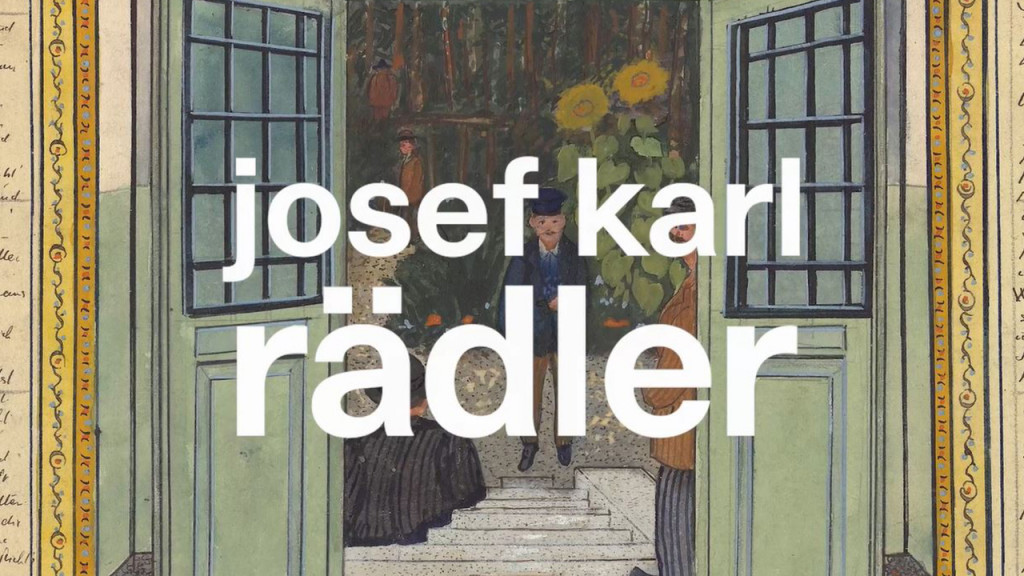 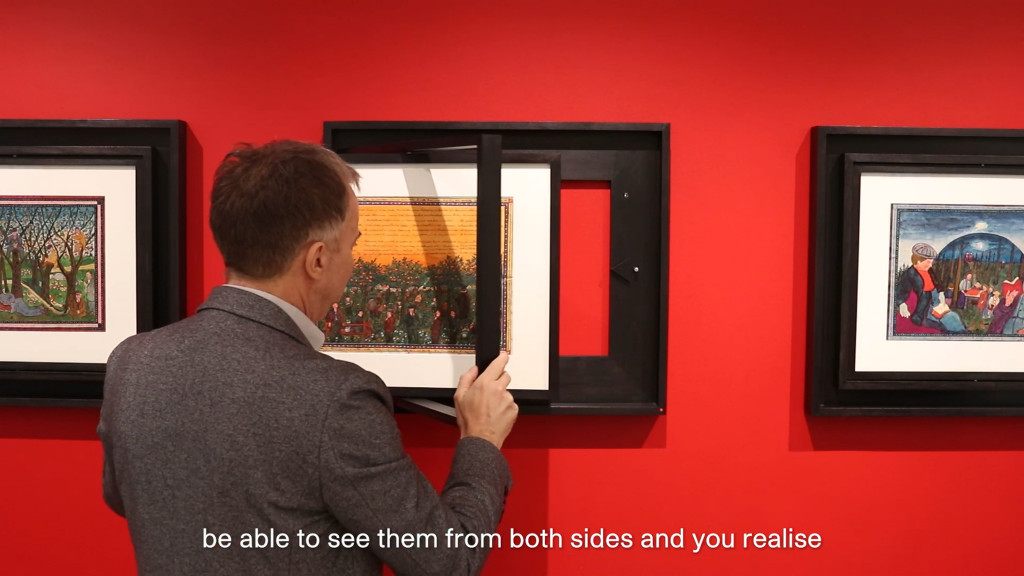