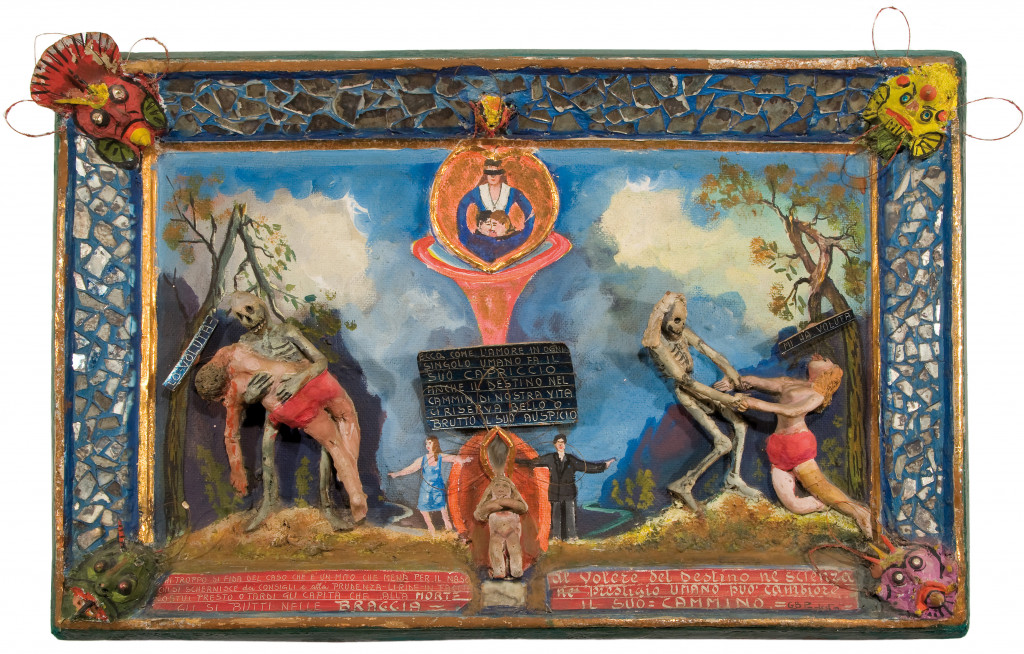 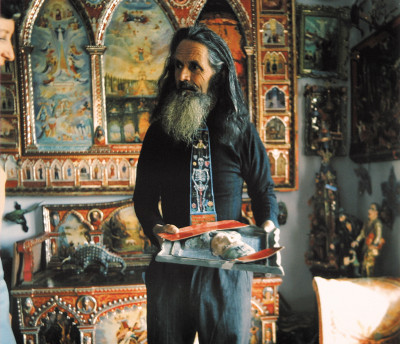 Giovanni Battista Podesta, born in 1895 in Torre Pallavicina (northern Italy), is the only son of a peasant family of thirteen children very poor, the father having died young, Giovanni environment is exclusively female. Its financial condition forced him to leave school at the age of ten in favor of aid work mason. Called to war, he knows his return and reintegration difficulties must resign himself to commit three years with the carabinieri. It is then sent to Laveno, a small village on the shores of Lake Maggiore, where he met his future wife whom he married after leaving his post to work in a ceramics factory. The couple has two children. Joint, Giovanni began his creative activity. He devoted himself first to painting in oil, focusing on religious subjects and landscapes, and it seeks to transform his apartment.  Finally, he made sculptures and bas-reliefs, and makes her special clothes with which he parades in Laveno. When his wife died in 1974, severely disrupted, it stops all creation and the following two years later. 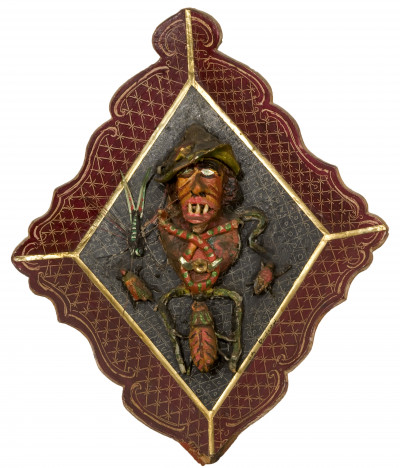