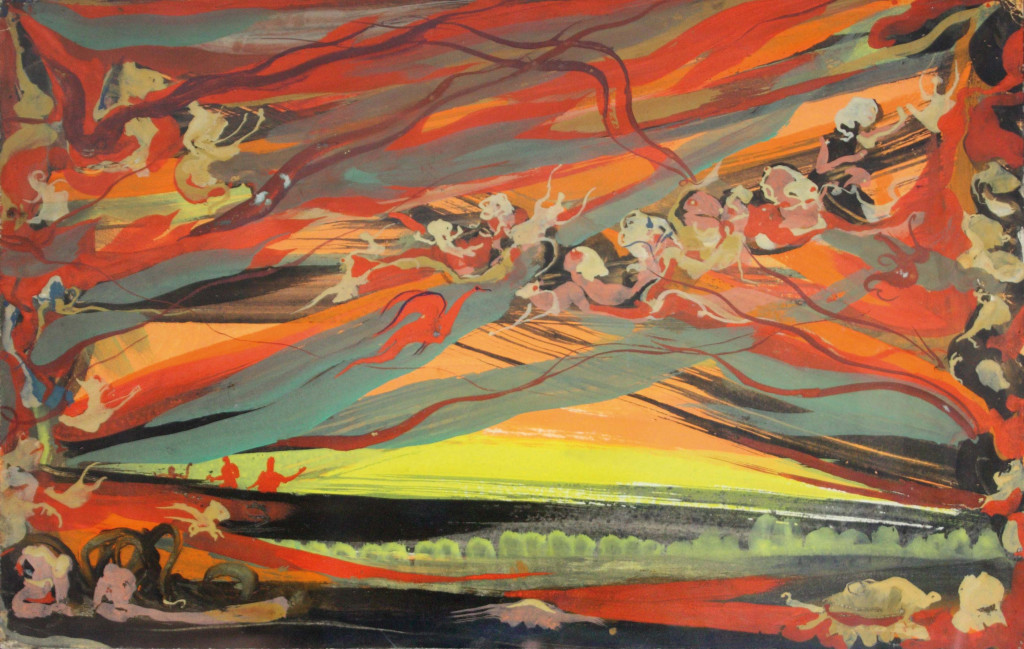 Heir to the Russian aristocracy of the 19th century, this renowned biologist fell into madness at the height of his scientific career. Interned in Germany, he threw himself body and soul into the creation of thousands of pages covered in gouache, charcoal or watercolour; thus opening, like a window in his cell, an escape into an infinite universe, a metaphysical escape. His fantastic works, when they are not abstract, are populated with ghostly characters: hybrid monsters, multicoloured insects, characters with disproportionate eyes, or small beings with the appearance of mutants.
His work, which captivated Daniel Cordier and Jean Dubuffet, is represented in important collections across the world, and thanks to a gift by Cordier, is in the permanent collection of the Paris Pompidou Center. 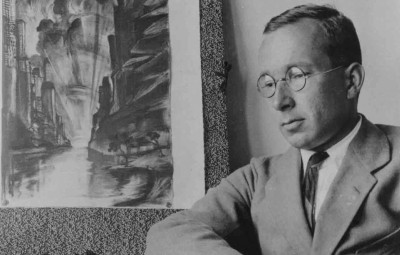 Eugène Gabritschevsky was born in 1895 to a high aristocratic family in Moscow and enjoyed a significant career as a biologist before sinking into madness. His father, a bacteriologist, introduced him to science and Eugène became quickly known as a specialist in questions of heredity, working in the United States, then in Paris at the Institut Pasteur. Alongside his scientific work, the young man painted, in his spare time, expressionist-inspired works of art. At the onset of the Russian revolution, Eugène first showed signs of a larger behavioral disorder which would result in his commitment to the psychiatric hospital in Haar (near Munich), where he would remain until his death in 1979.

What began as a hobby suddenly became a frantic activity: over the course of three decades he painted and drew on any surface available including calendars, magazines, administrative bulletins, etc. using charcoal, pencil, watercolor, and gouache. His multi-dimensional universe began to spread: many of his works are otherworldly, filled with ghostly characters, strangely disturbing, where there is a fascinating atmosphere, several others prove to be non-figures, tachistes. Eugène particularly liked to leave room for chance in all of his creative practice and enjoyed conjuring forms by passing a sponge or a rag over previously painted areas or by using a system of folds.

Gabritschevsky’s work, which captivated Daniel Cordier and Jean Dubuffet, among others, is represented in many important collections across the world, and thanks to a gift by Cordier, is in the permanent collection of the Paris Museum of Modern Art. 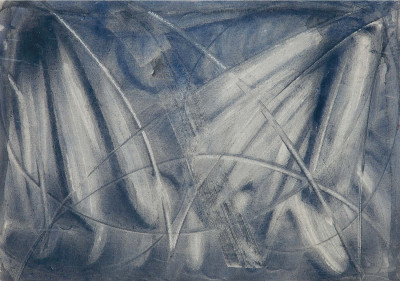 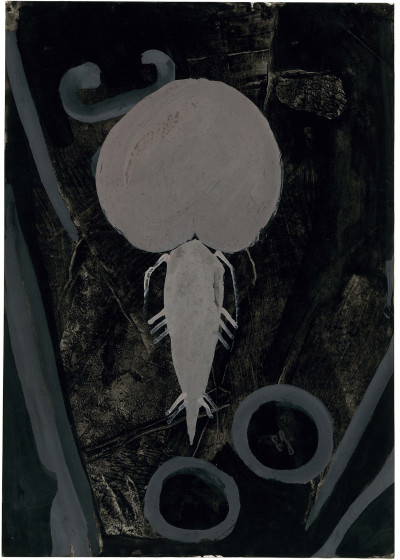 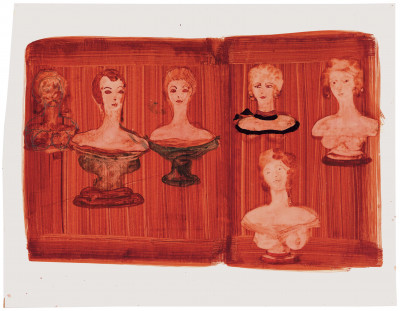 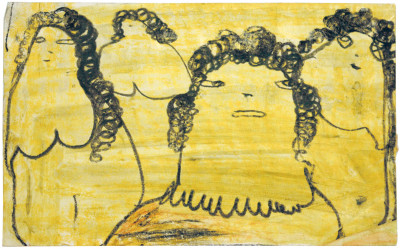 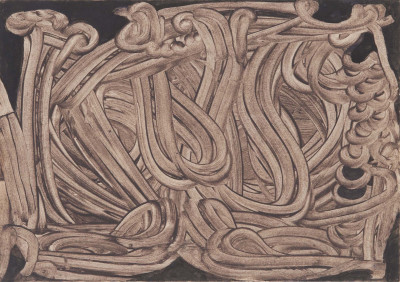 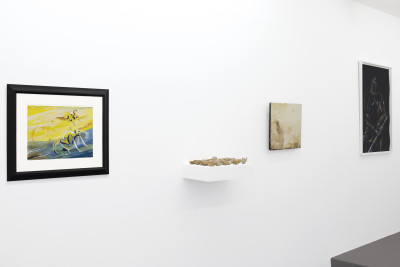 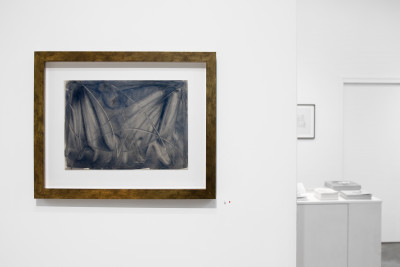 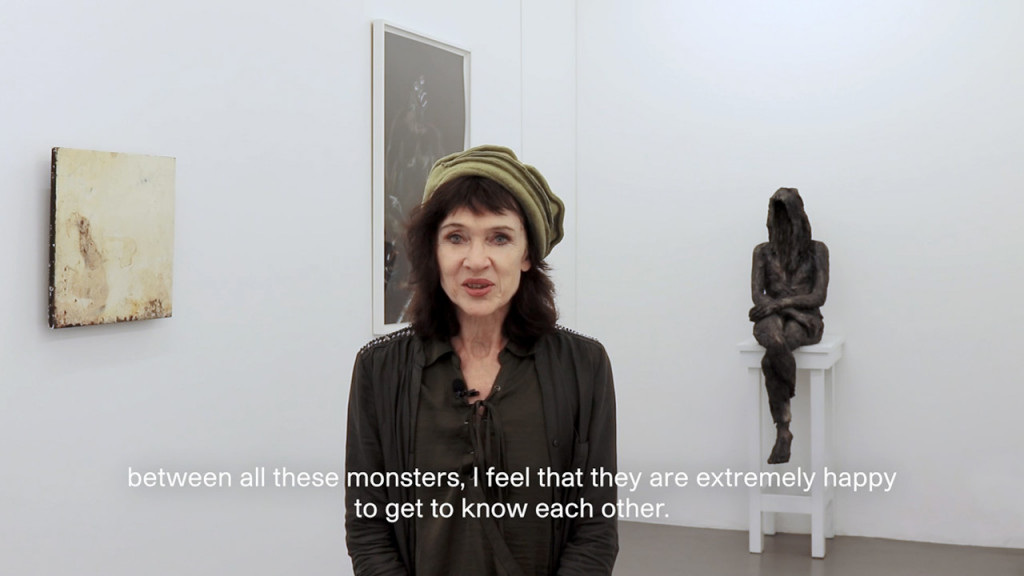