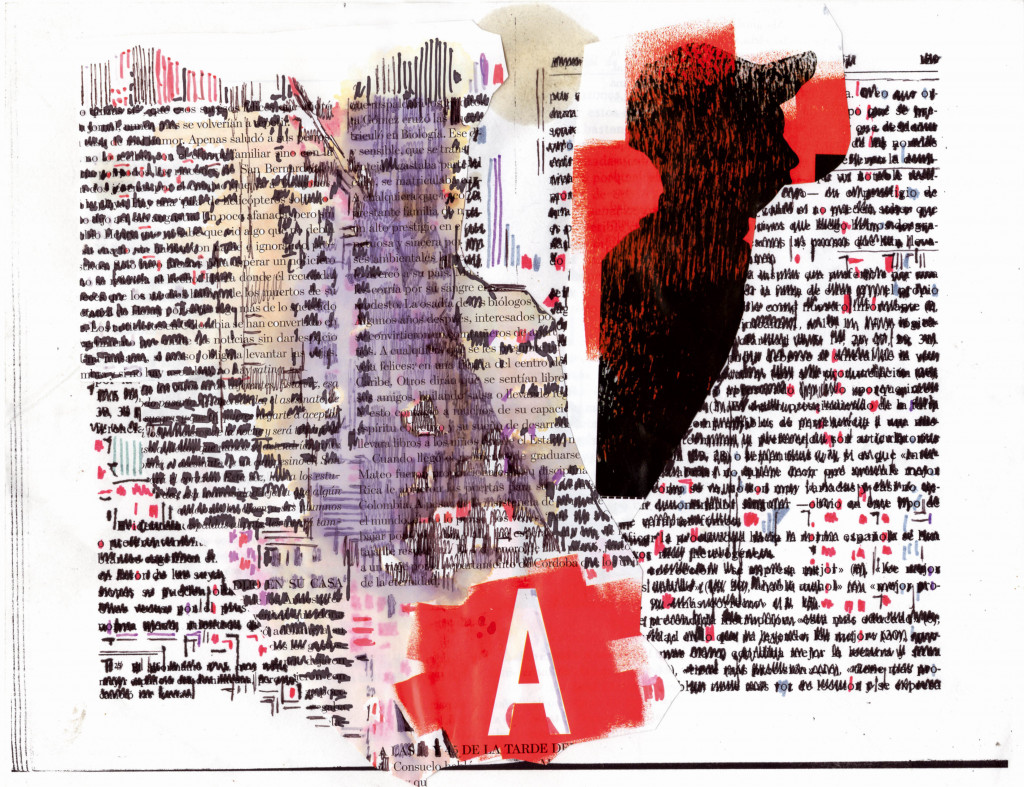 Born into the Colombian bourgeoisie, Pepe Gaitan has chosen to live a life of asceticism, the only pleasure of which comes directly from the daily reading he does in the national library in Bogotá. From these books, he selects pages that he photocopies and obliterates the counterforms. It is around these phantom graphemes that he composes his sibylline collages. In 2020, the Centre d’Art Contemporain de Genève honoured him in scrivere designando, an exhibition curated by Andrea Bellini and Sarah Lombardi.
Pepe disappeared at the beginning of 2022 without having completely solved the mystery of the amoebas running through the lines of his books.

Pepe Gaitán comes from a bourgeois family. His father died when he was very young. His mother is still alive, and has him over every saturday for breakfast so that he can read her the newspaper.He pursued his studies in social communication and was a professor for a while. He was particularly interested in radio.

In 1975, the curious expression “Don’t eat so many sweets if you don’t want to catch amoebas” seemed to be the catalyst for a turning point in his life. It was indeed after this moment that he began his work. He spent his days in libraries, picked texts meticulously, photocopied them and then added his touch, first by crossing out most of the letters, then transforming the page by adding collages and signs always with a very particular chromatic range. The echoes of forms that recall a sort of codification give these works a striking geometric force. Each page hides amoebas that he calls pseudopods.He lives alone today in Bogota and draws constantly.

Pepe Gaitán was notably featured in 2014 in the exhibition art brut collection abcd / Bruno Decharme at the Maison rouge. 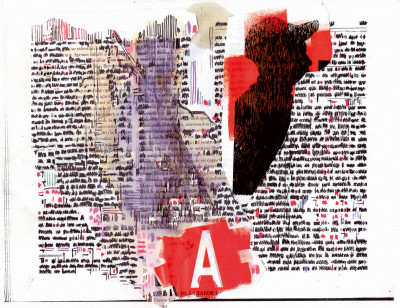 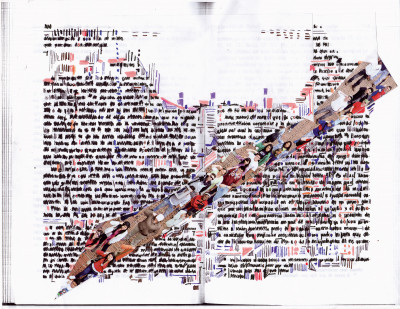 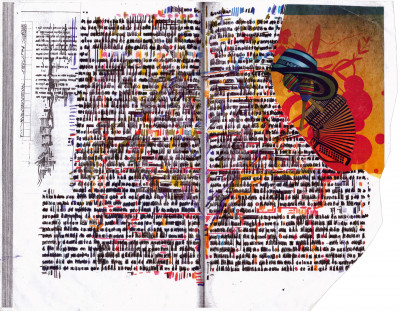 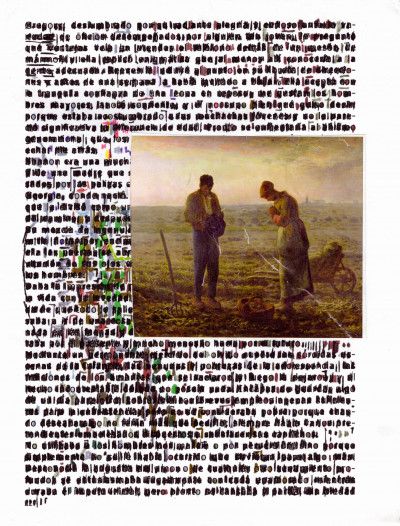 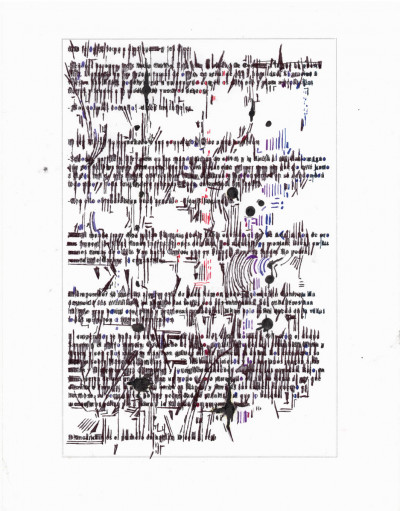 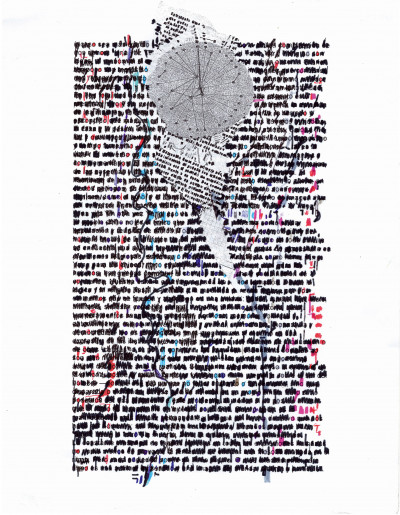 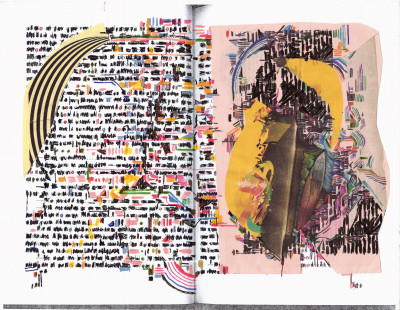 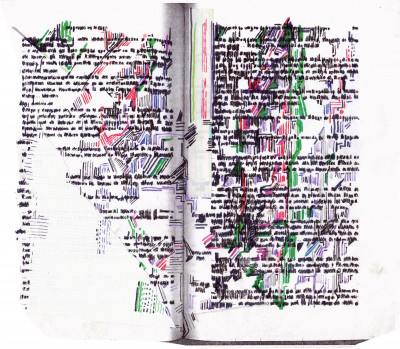 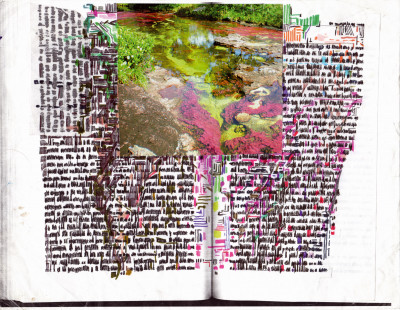 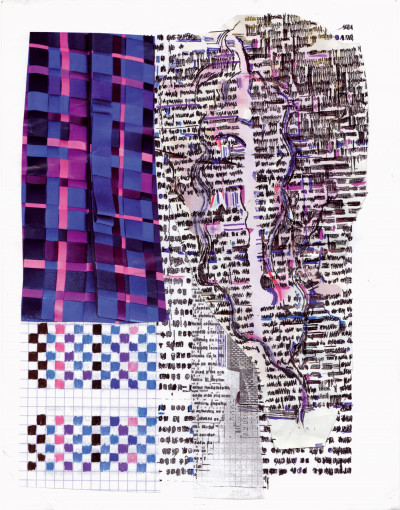 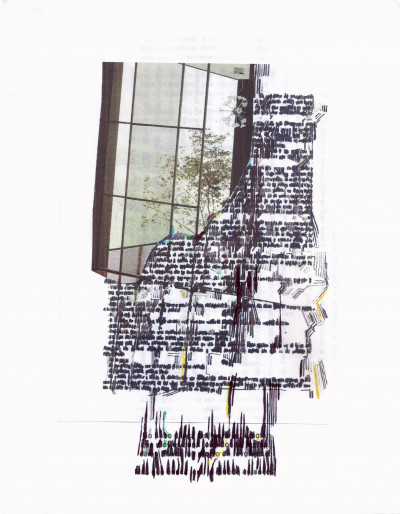 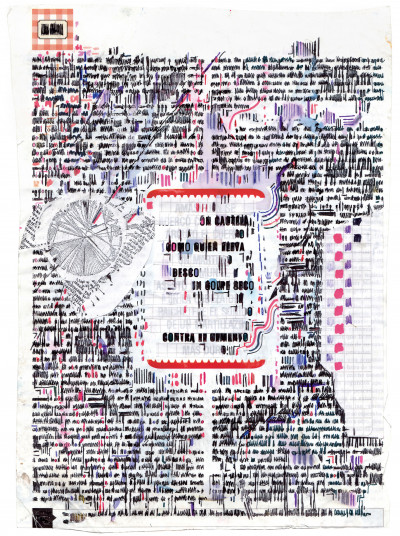 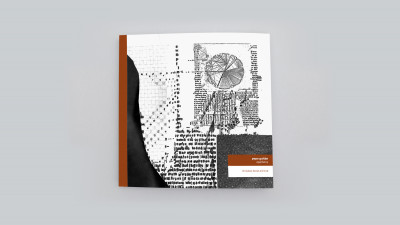 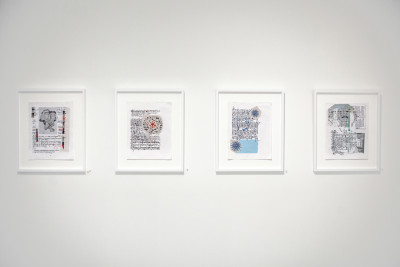 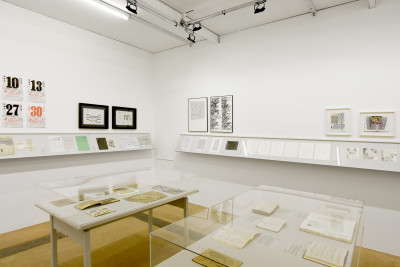 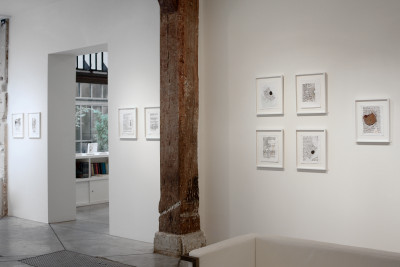