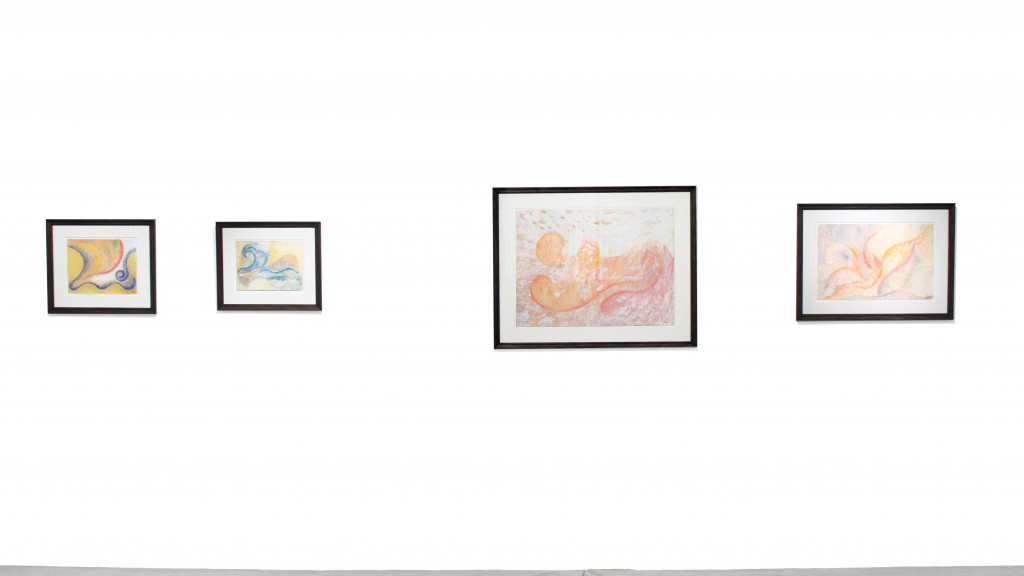 For half a century, French mediumistic artist Henriette Zéphir devoted herself entirely to her “inner guide”, for who she never stopped creating. Her drawings have us captivated in their singular overall composition, but also in the force of their details. Somewhere between pointillism, geometric abstraction and Fauvism, her work reflects an enlightened modernism. Discovered by Jean Dubuffet, as early as 1967 she was presented at the historical art brut exhibition at the Musée des Arts Décoratifs in Paris. Today, her work can be seen among the greatest collections of art brut in the world. 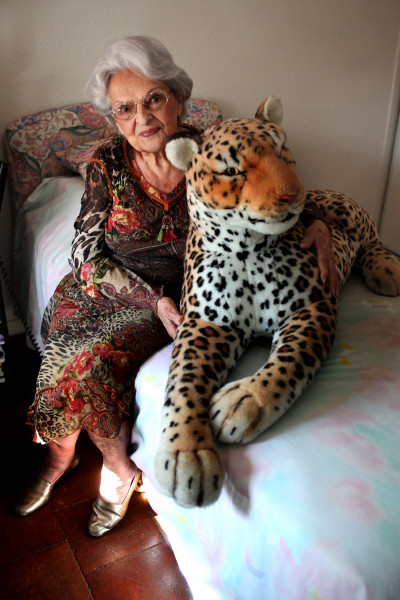 Henriette Zéphir was born near Toulouse in 1920. Her parents working far from her village of birth, she was raised by her grandparents. Although having received a religious education, she is neither pious nor a practicing. Marrying a Martiniquan in 1941, the couple decide to relocate to the French Antilles. However, their journey is stalled in Casablanca, where their first daughter is born. Her husband conscripted, Henriette stays 2 and a half years alone in Morocco. After the war, they finally arrives in Martinique. However, Henriette finds it difficult to adapt, feeling constantly an exile. She parts ways with her husband by 1956 and settles in Nice.

May 1st, 1961 in a revelation, she confronts her “Guide” for the first time. From this moment on, Henriette devotes herself to what she calls “the occult”. The extreme demand of the Guide expresses itself in diverse manners : during sessions of drawing, the pen will settle on a sheet of paper and will remain until the space is completely filled. Other times, the Guide imposes on her sessions in which she must lie prostrate on the ground or kneel for hours, as it dictates messages which she must scrupulously jot down. Henriette considers herself an instrument of these forces of the netherworld world and seems doubtful when one considers the product of her process as mere art. Spotted by Jean Dubuffet himself, this clairvoyant’s meandering creations - a confluence of the organic and the vegetal, where geometry reveals the spiritual - were exhibited as early as 1967 in the first exhibition of art brut opened to the general public at the musée des Arts Décoratifs. 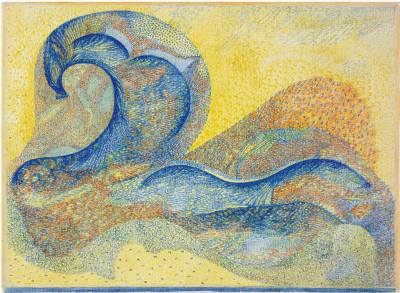 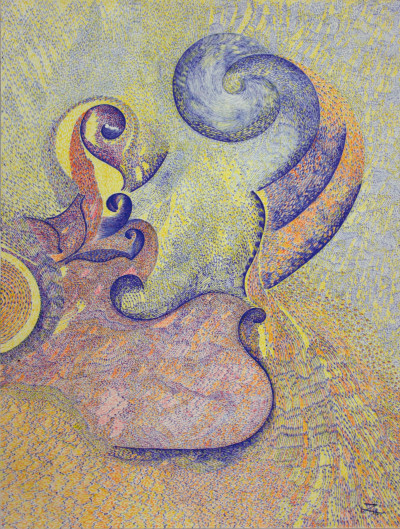 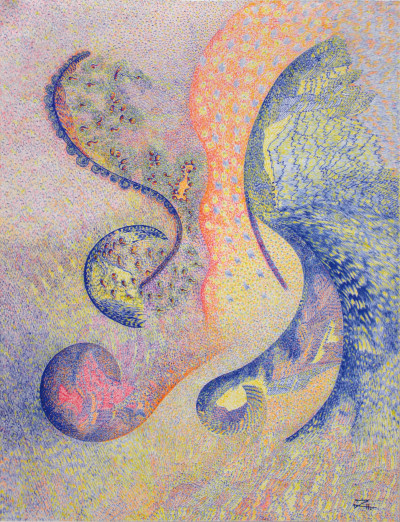 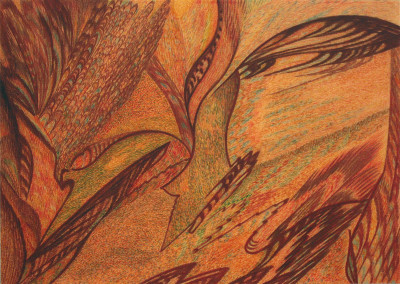 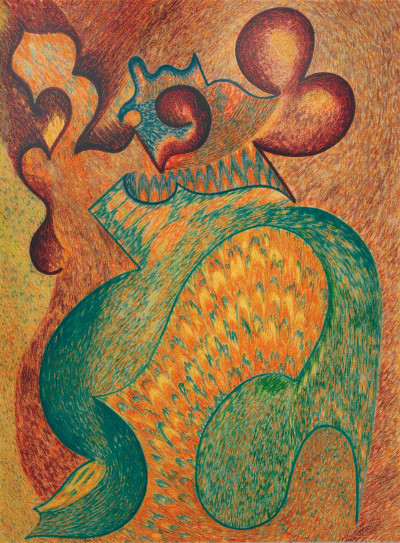 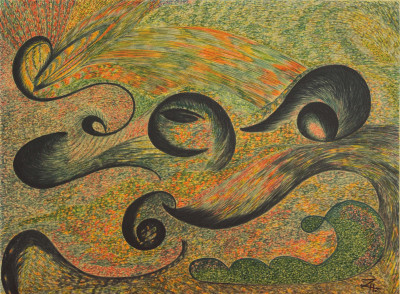 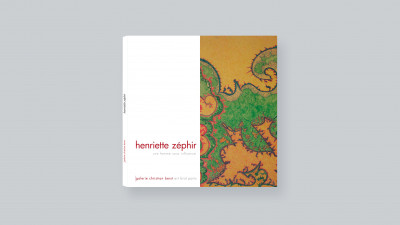 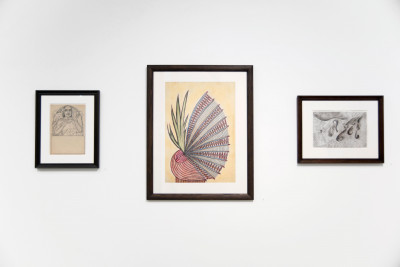 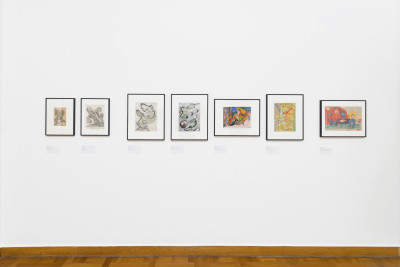 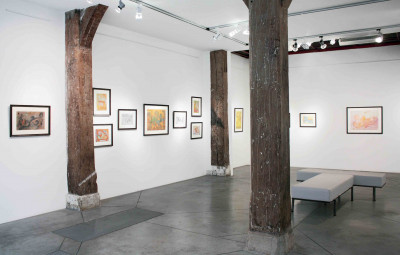 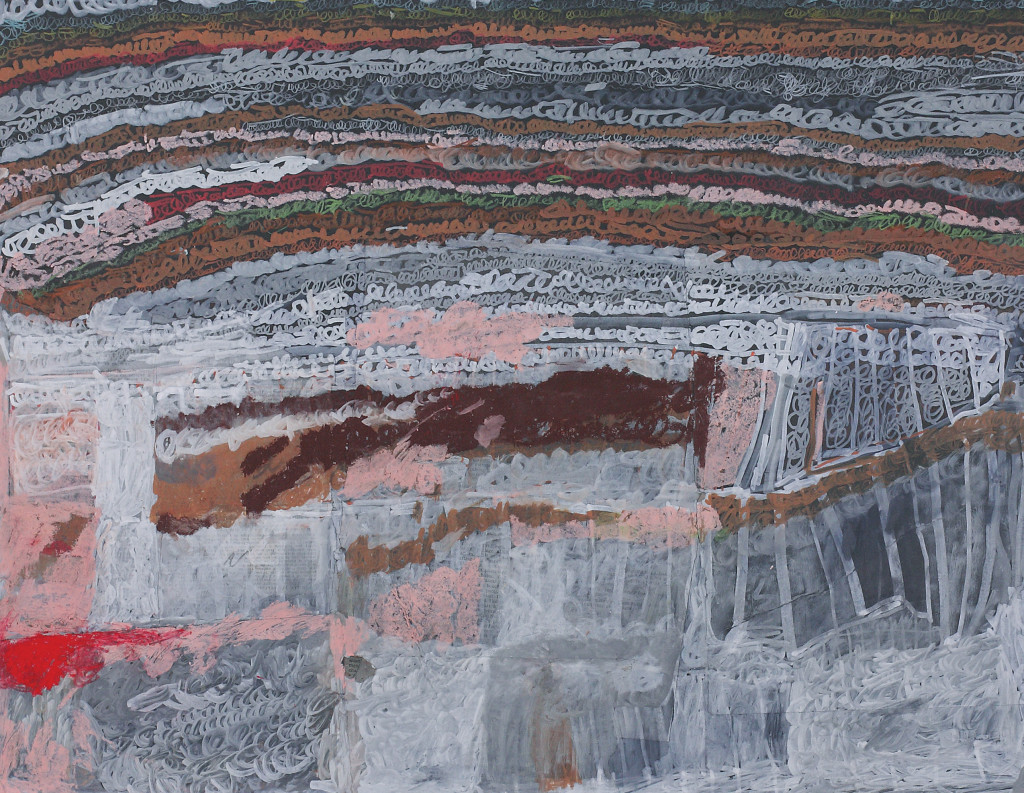 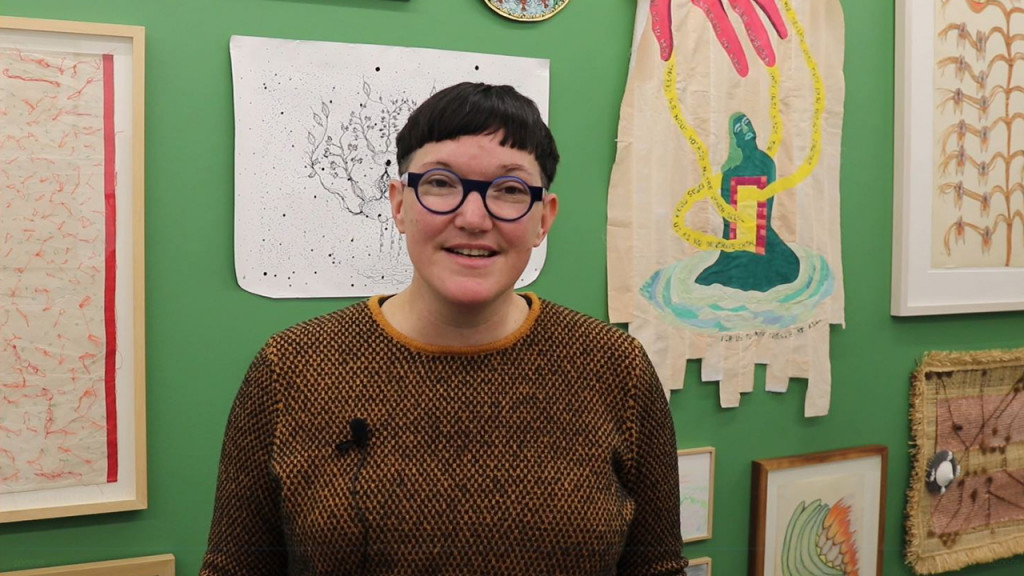