Discovered thanks to the writer Nancy Huston, he is one of the youngest artists represented by the gallery. With his cursive writing, Anton Hirschfeld meshes lists of names, playlists or guests in processional columns, to form the unexpected frame of his works. As if the pastel, acrylic and ink that cover them were ordered according to secret links. First presented to the public in 2017 at the gallery, he is the subject of a documentary which is expected to be released in 2021. 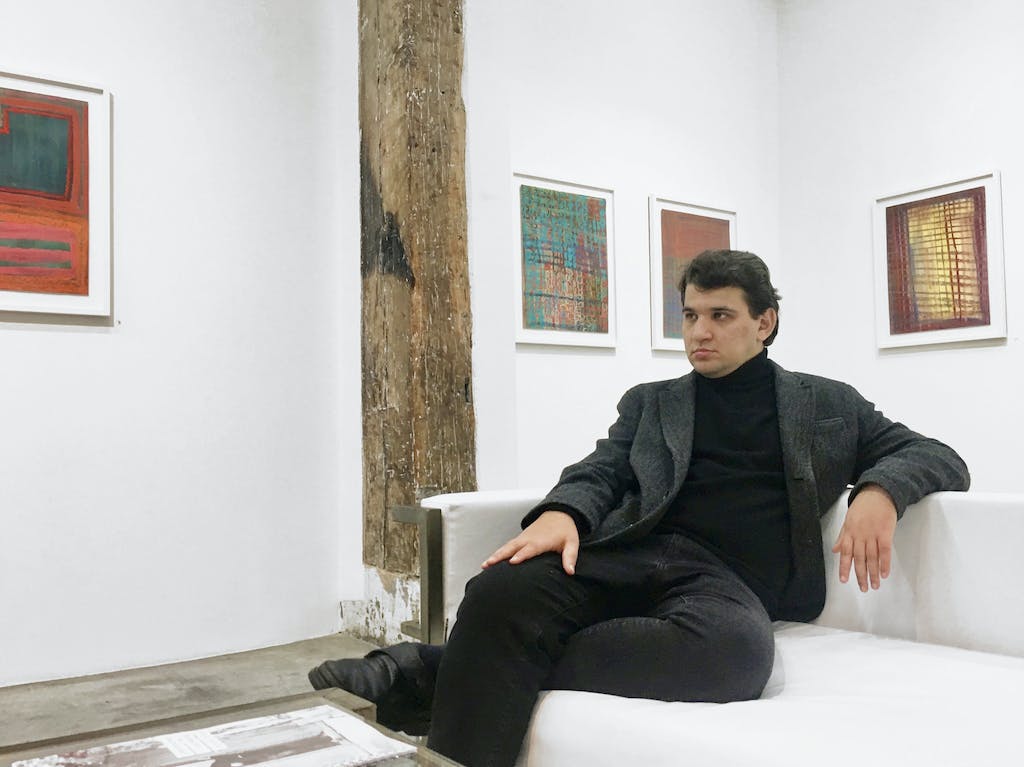 He began painting when he was sixteen, thanks to the sensitivity and skill of an art teacher in a center for teenagers with special needs.  Up until that point, no one had suspected this talent, despite a family history of artists, and parents who were very committed to his education from early childhood.

Fascinated by reflections of all kinds, his first paintings were inspired by train windows, which he could spend hours watching in the railway stations of Paris.  Although most of his painting tends towards abstraction, he is capable of capturing a likeness in a portrait, including his own, and he often draws inspiration from photos of cities, particularly New York.  As a rule he works listening to music and the impact of melodies and rhythms is unmistakable.

Frequently he paints triptychs, using many transparent layers, and making inventive use of acrylic, pastel and ink.  He appears to have an innate sense of colour harmony and composition, often adding an unexpected accent or contrast.  Increasingly, Anton begins work by making handwritten lists, mostly of people who will attend social events that matter so much to him, which he then covers over, leaving a trace, an inner life to his paintings. 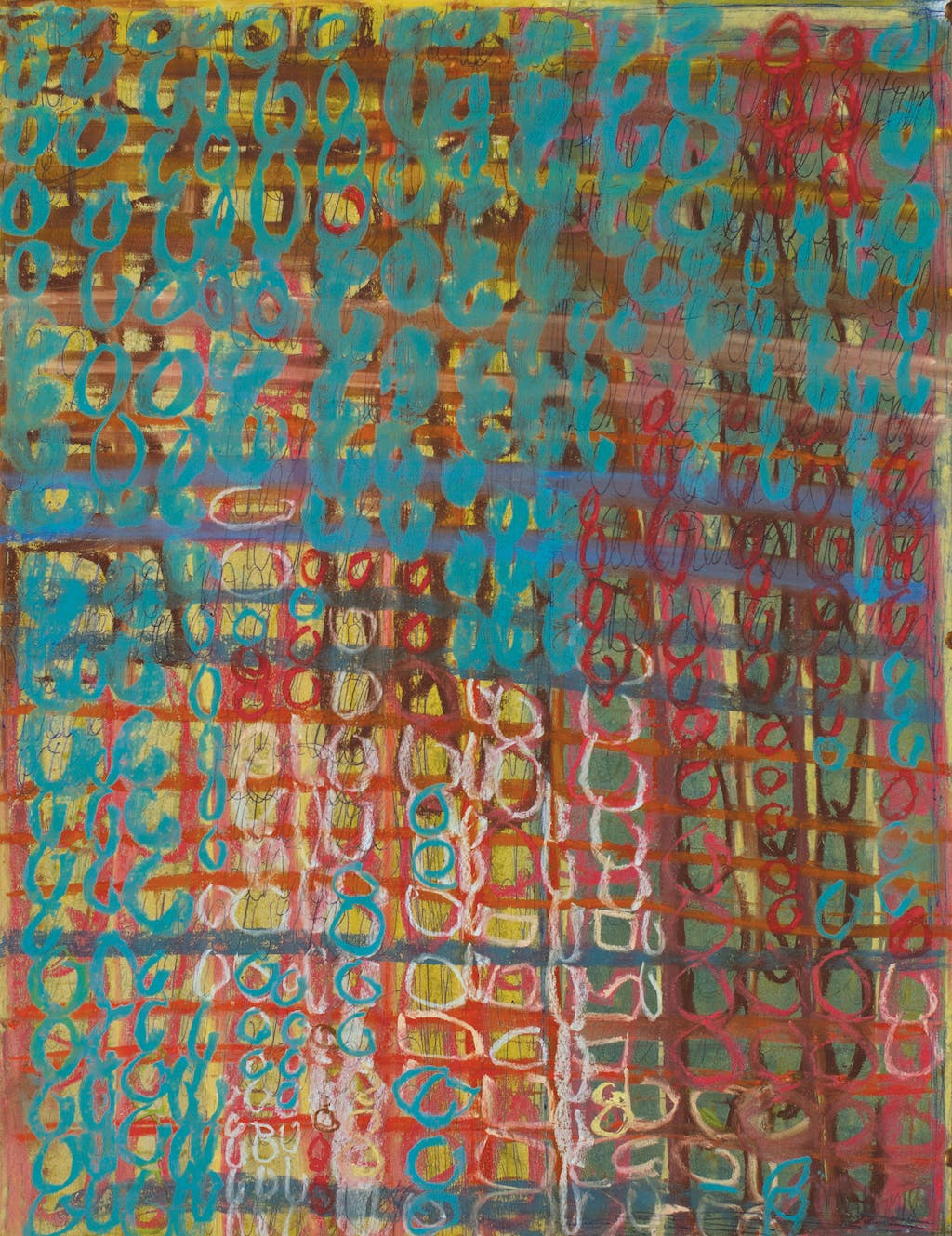 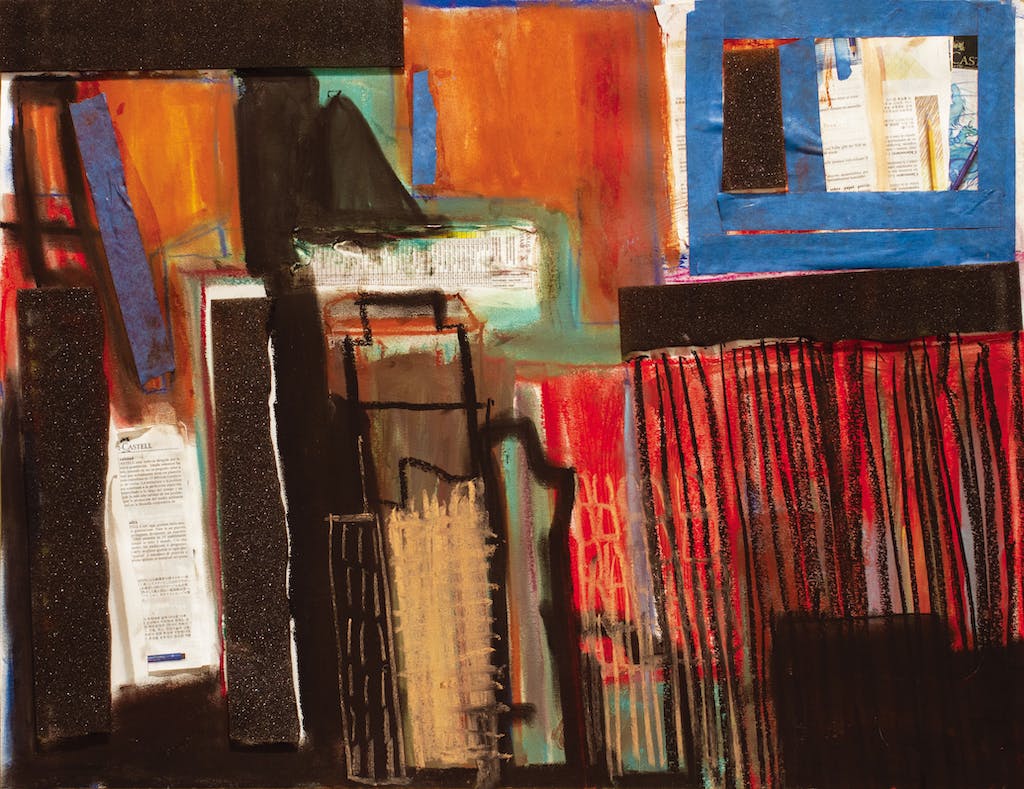 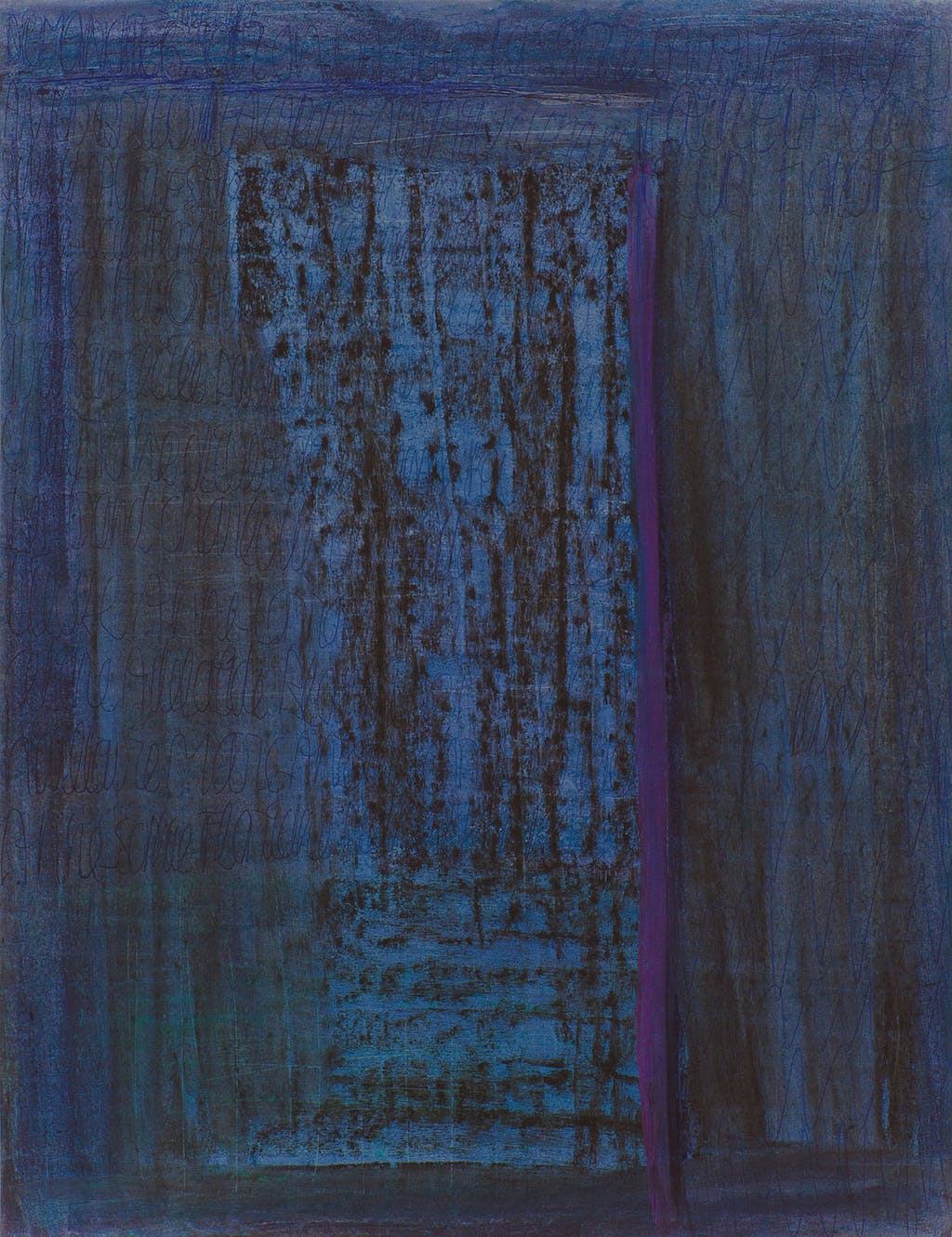 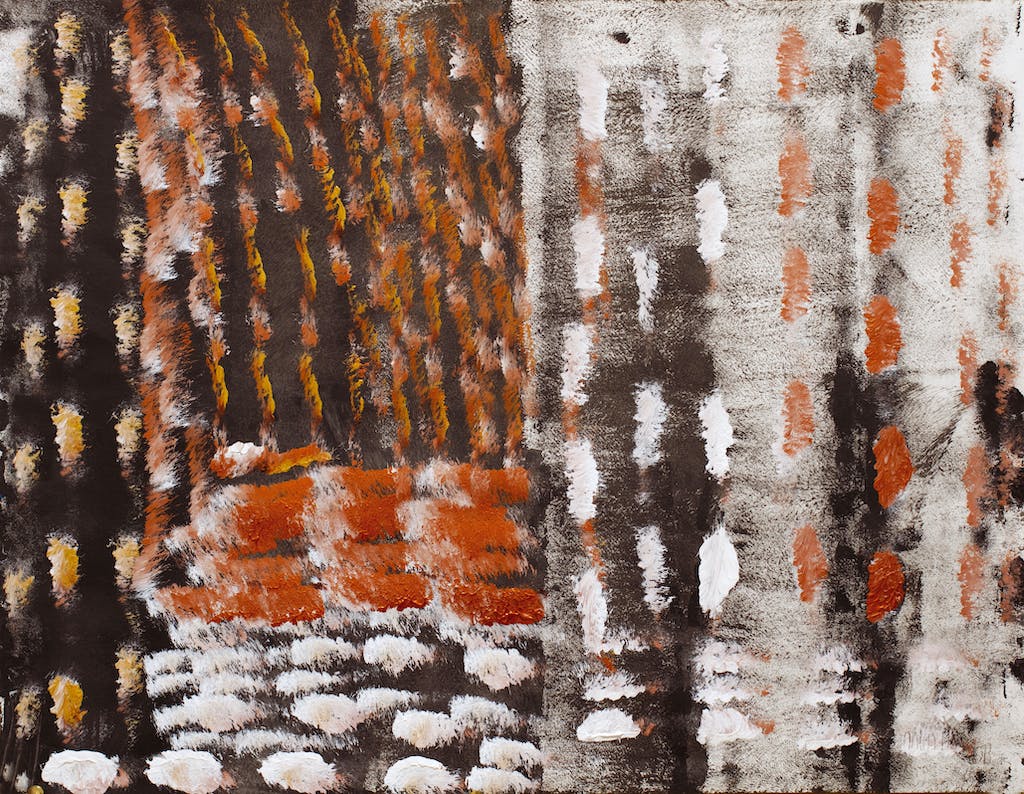 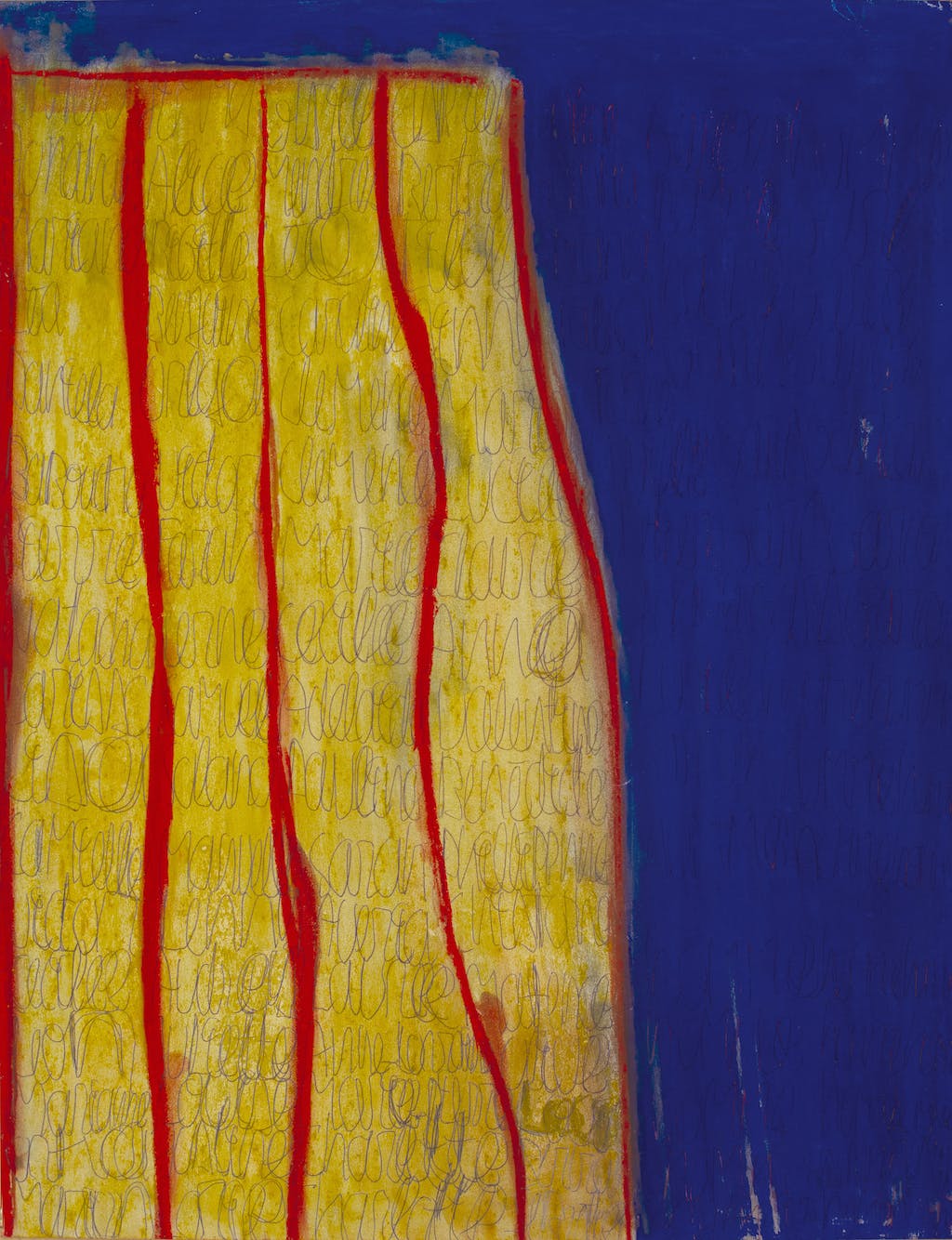 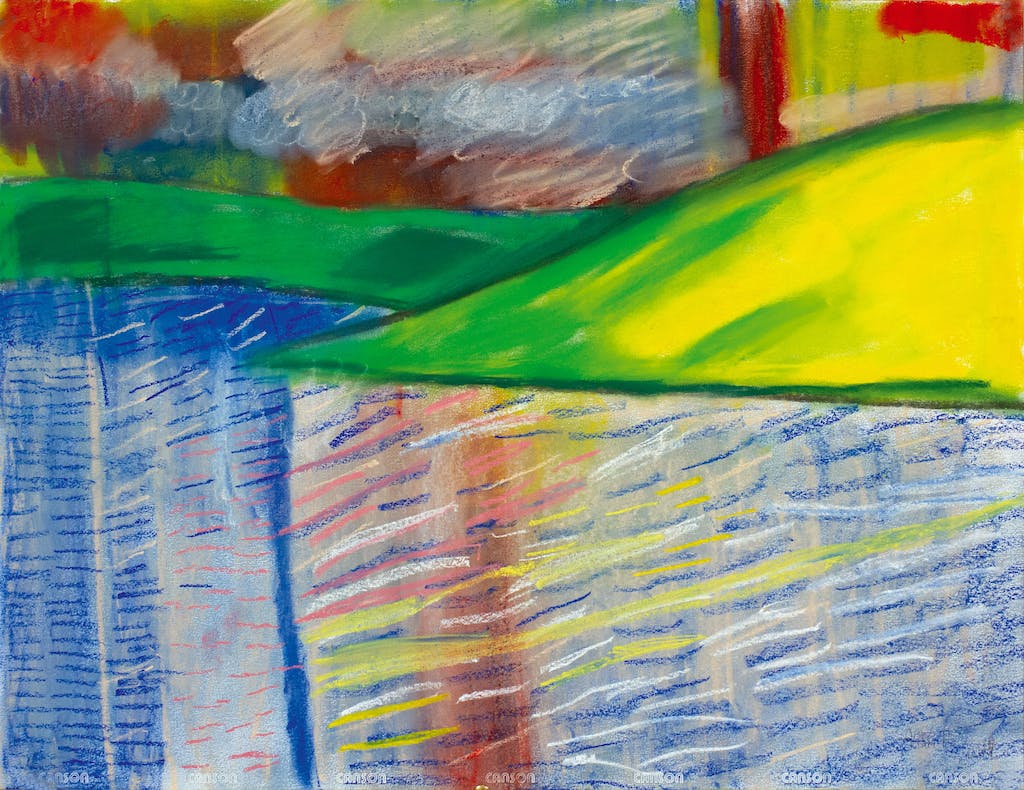 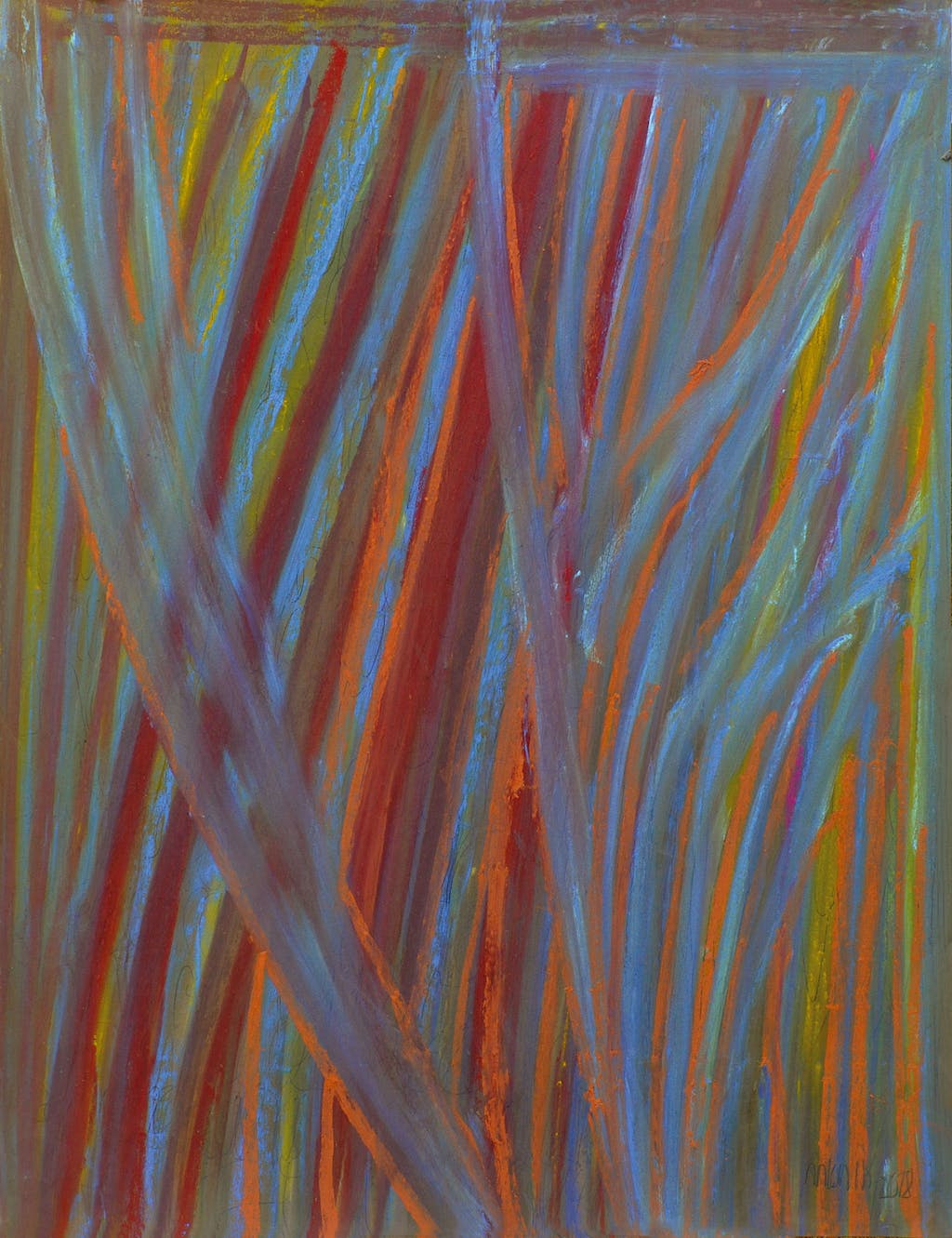 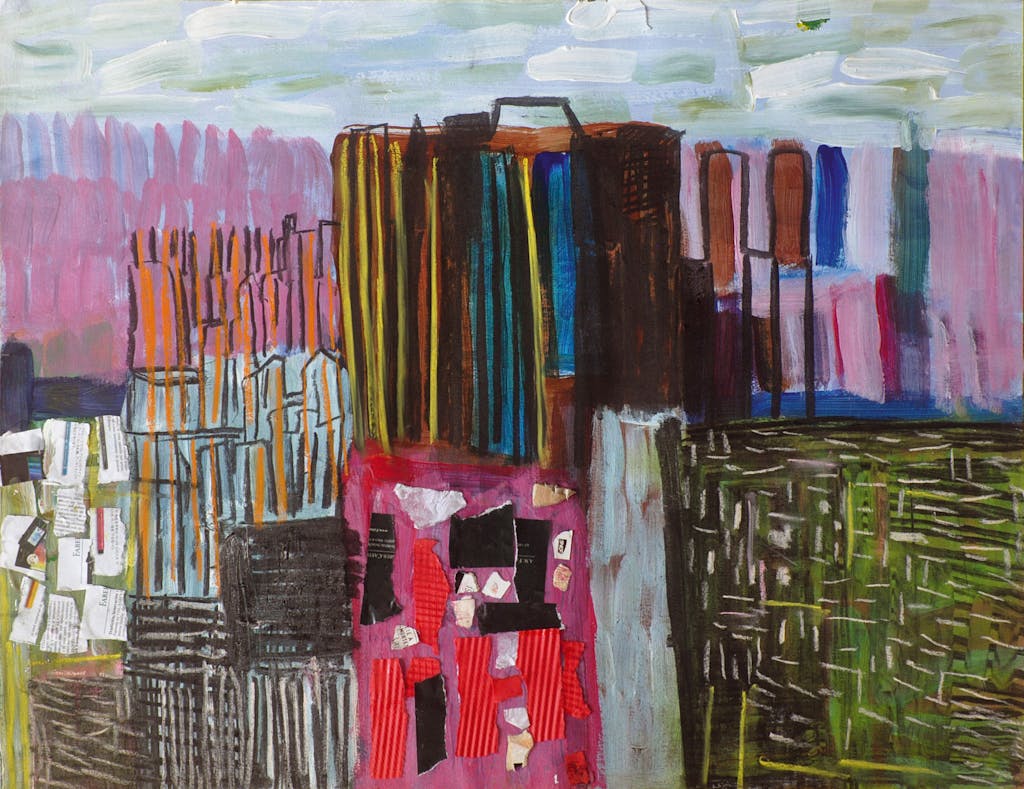 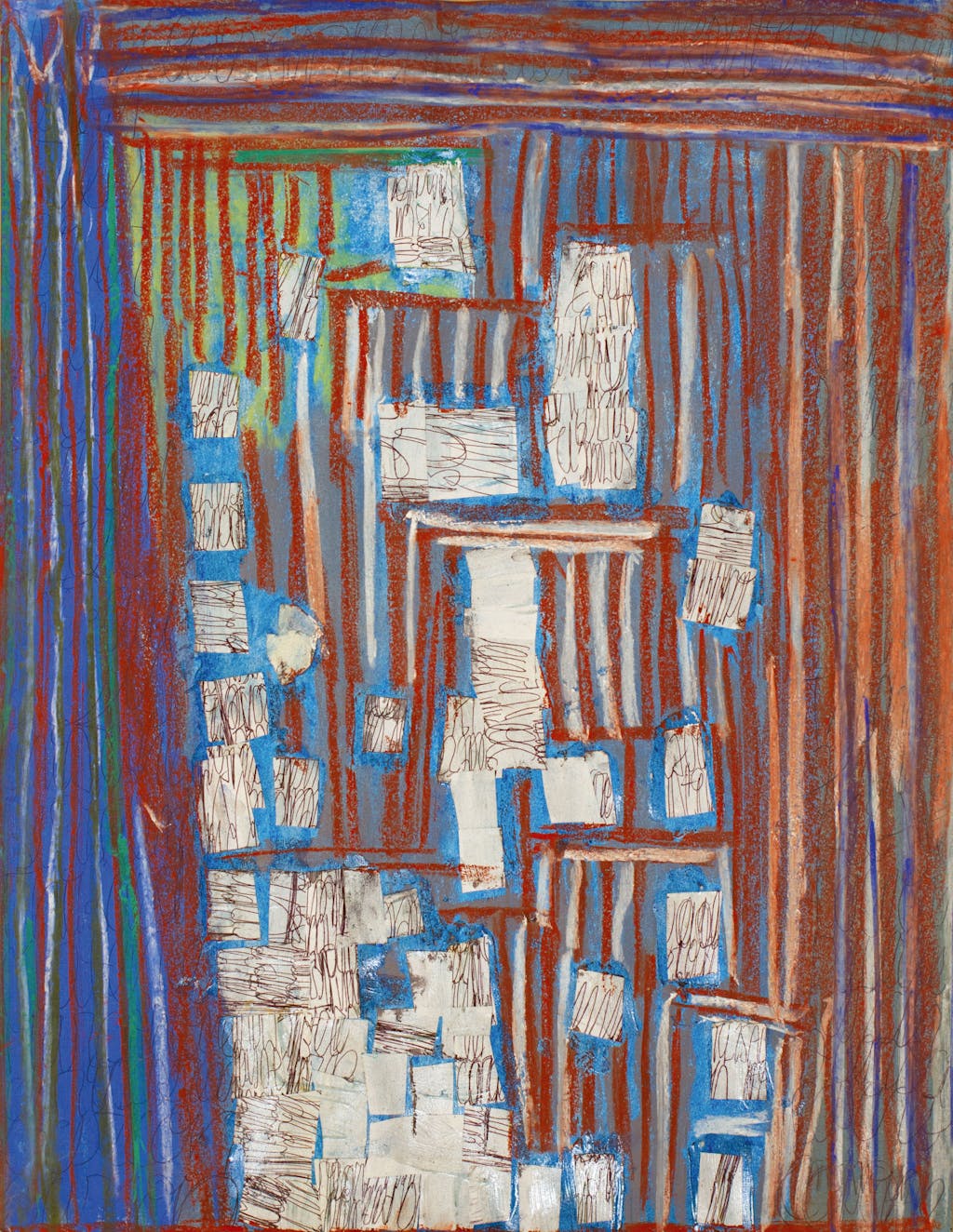 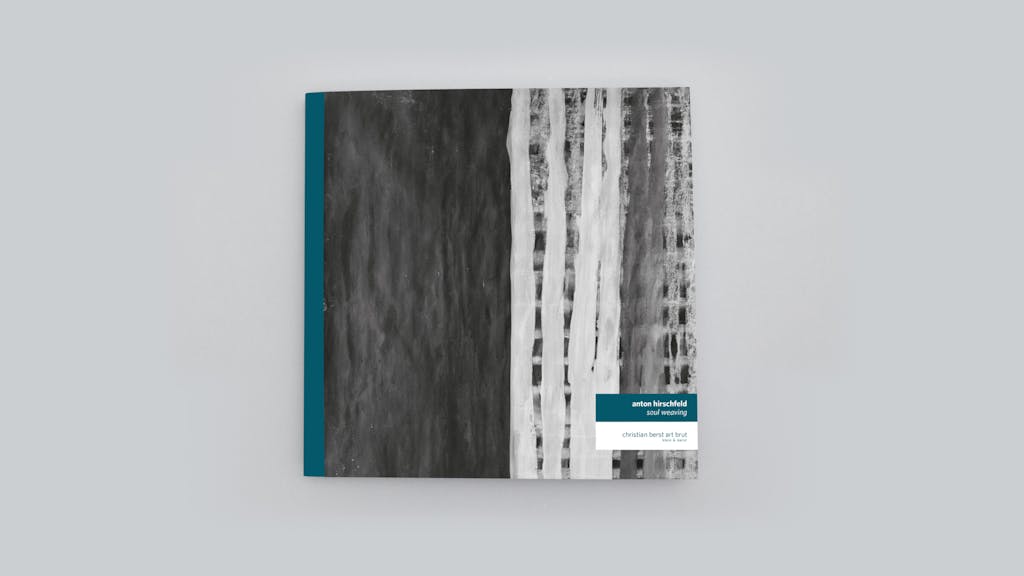 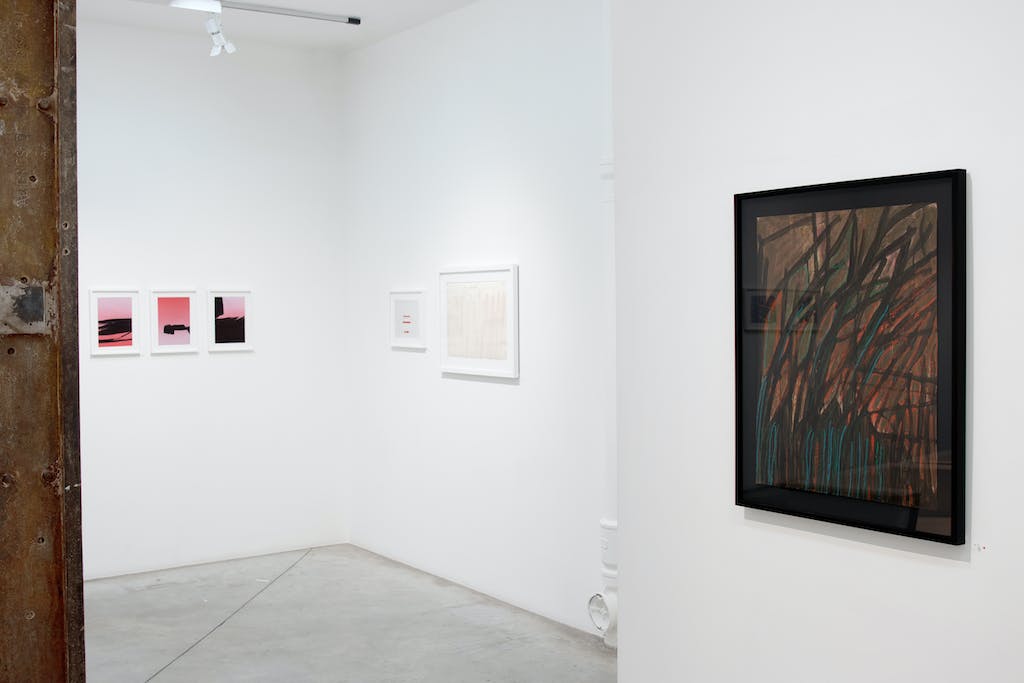