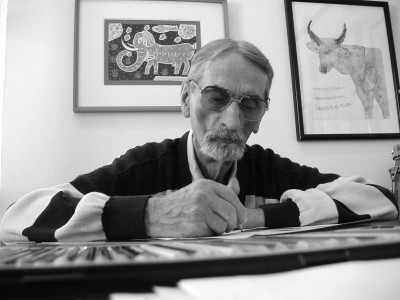 Born in 1919 in Eggendorf am Wagram (Lower Austria), Johann was the apprentice for a master-baker before being recruited during the Second World War and taken prisoner by the Americans. At his liberation, he followed in his father’s footsteps at the head of the family farm, suffering, however, from hallucinations starting in 1957, he was committed to a psychiatric clinic. In 1981, he joined the Haus der Künstler and began his impressive production.

Fischer, who died in 2008, only used pencil and color pencils. His palette, at first composed of gray and brown tones, grew considerably at the beginning of the 1990s. The rather simple subjects of his beginnings became progressively complex, leading to illustrated stories in which the real and the imaginary constantly intermingle. Courteous, methodical, Johann drew every morning and followed his signature with his occupation: Künstler! (Artist!).

For many years, he was, with Walla, Hauser and Tschirtner, one of the four leading artists of the Gugging. With numerous articles dedicated to him, his creations appear in the world’s greatest collections of Art Brut, including David Bowie’s. 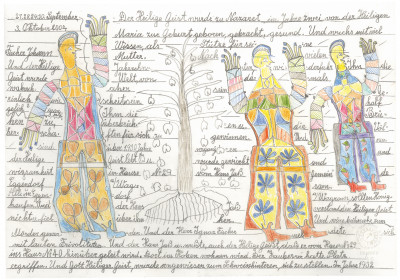 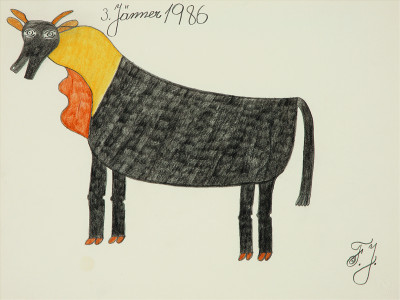 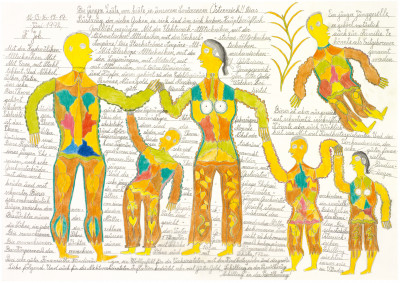 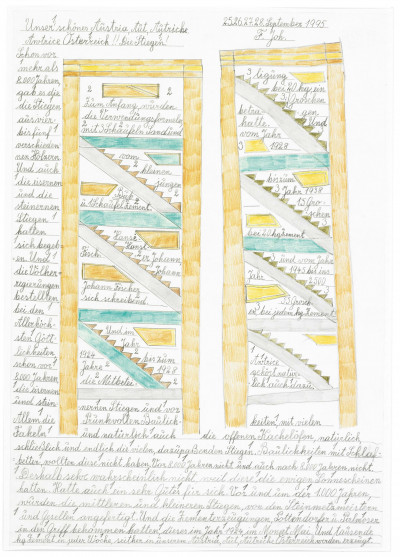 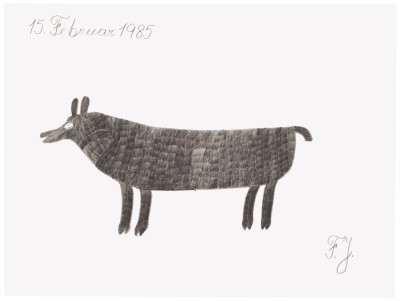 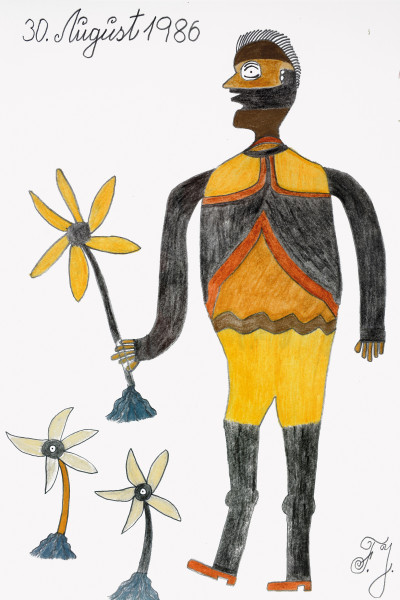 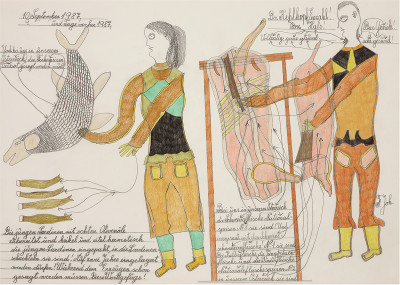 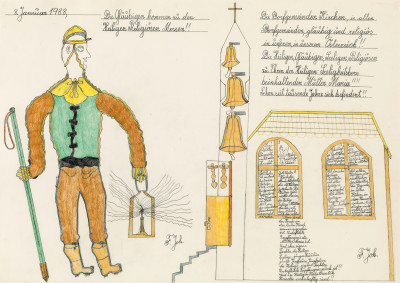 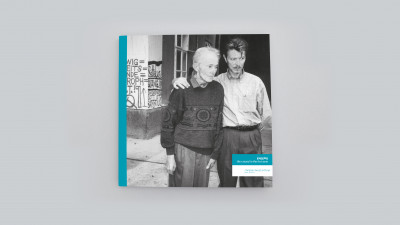 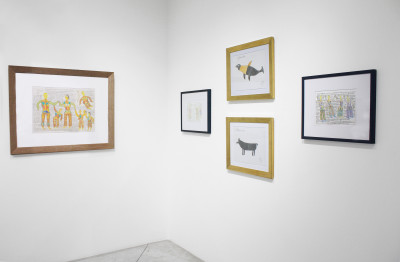 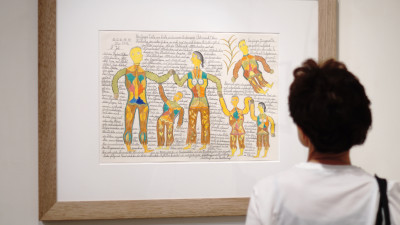 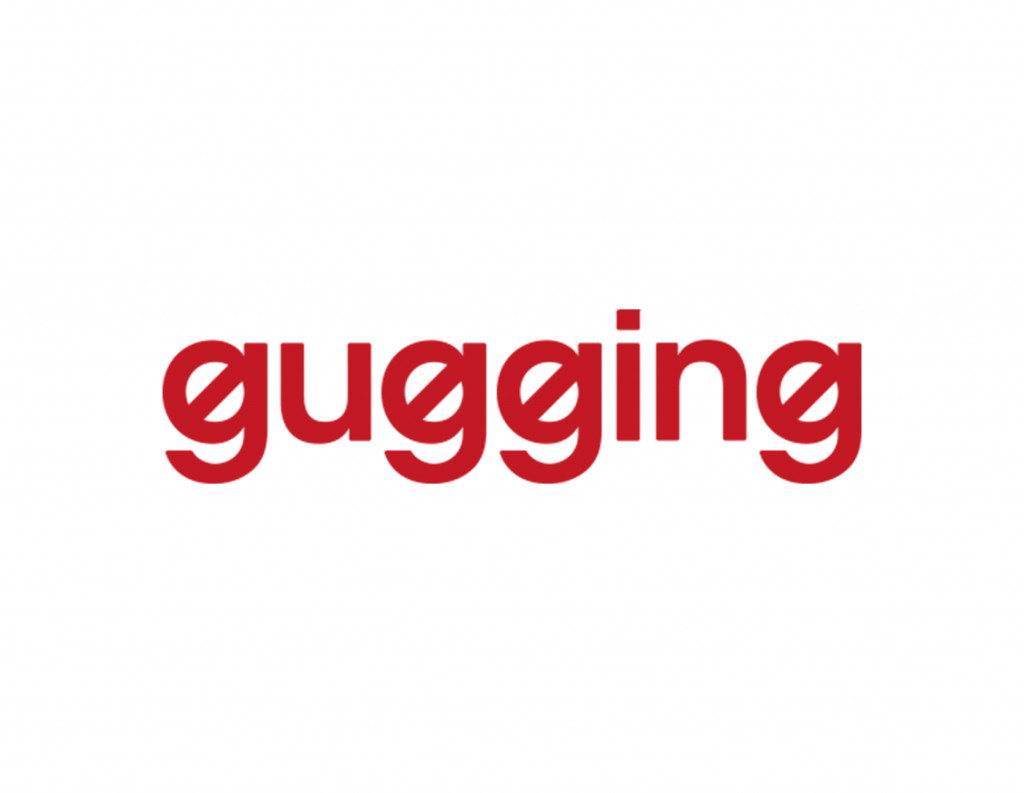