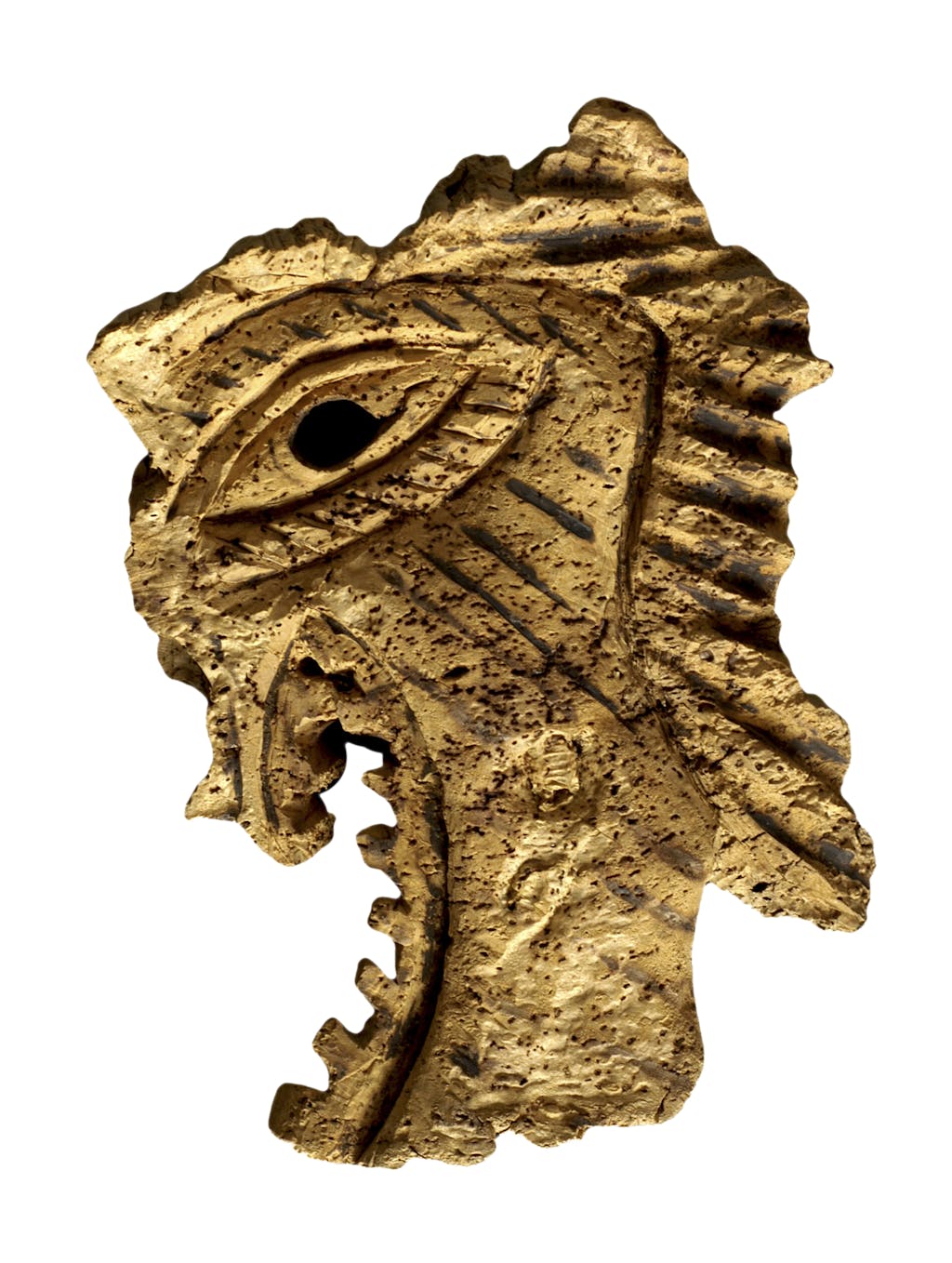 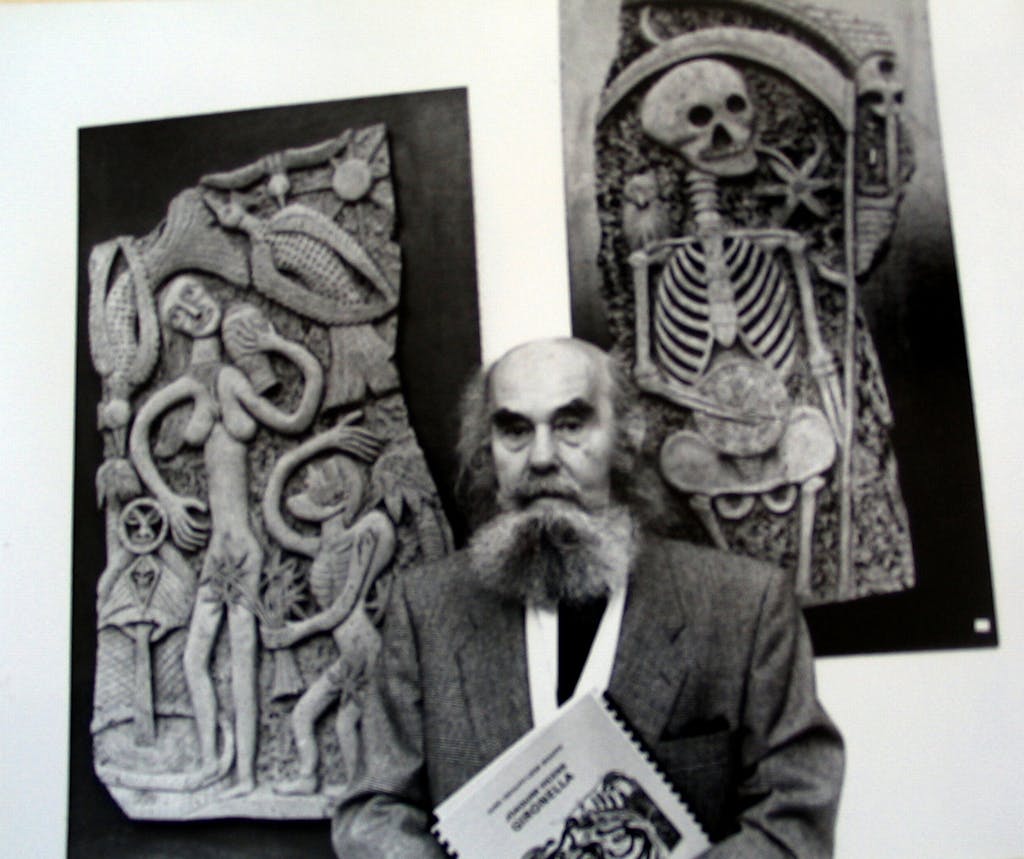 Joaquim Vicens Gironella was born in Catalonia, near the French border. As most of his family worked as cork makers, he was initiated to the same craft and wrote articles and poems celebrating the qualities of cork oak for local press. In 1936 he became involved in the Spanish army. On 1939 he escaped to France where he was interned in a camp in Aude. After his liberation Gironella moved to Toulouse where he worked in a factory. Around 1941 he began sculpting cork. The director of the factory, René Lajus, asked him to lend him several sculptures for his office in Paris. In 1948, Jean Dubuffet, who was at the time still a wine merchant, visited him for a command of corks and fell in love with Gironella’s work. He decided to organize an exhibition of his carvings at the Foyer de l’Art Brut. Progressively, Gironella transformed his technique, creating in particular mural panels, inspired by themes linked to his native Catalonia, Muslim art, but also medieval representations. 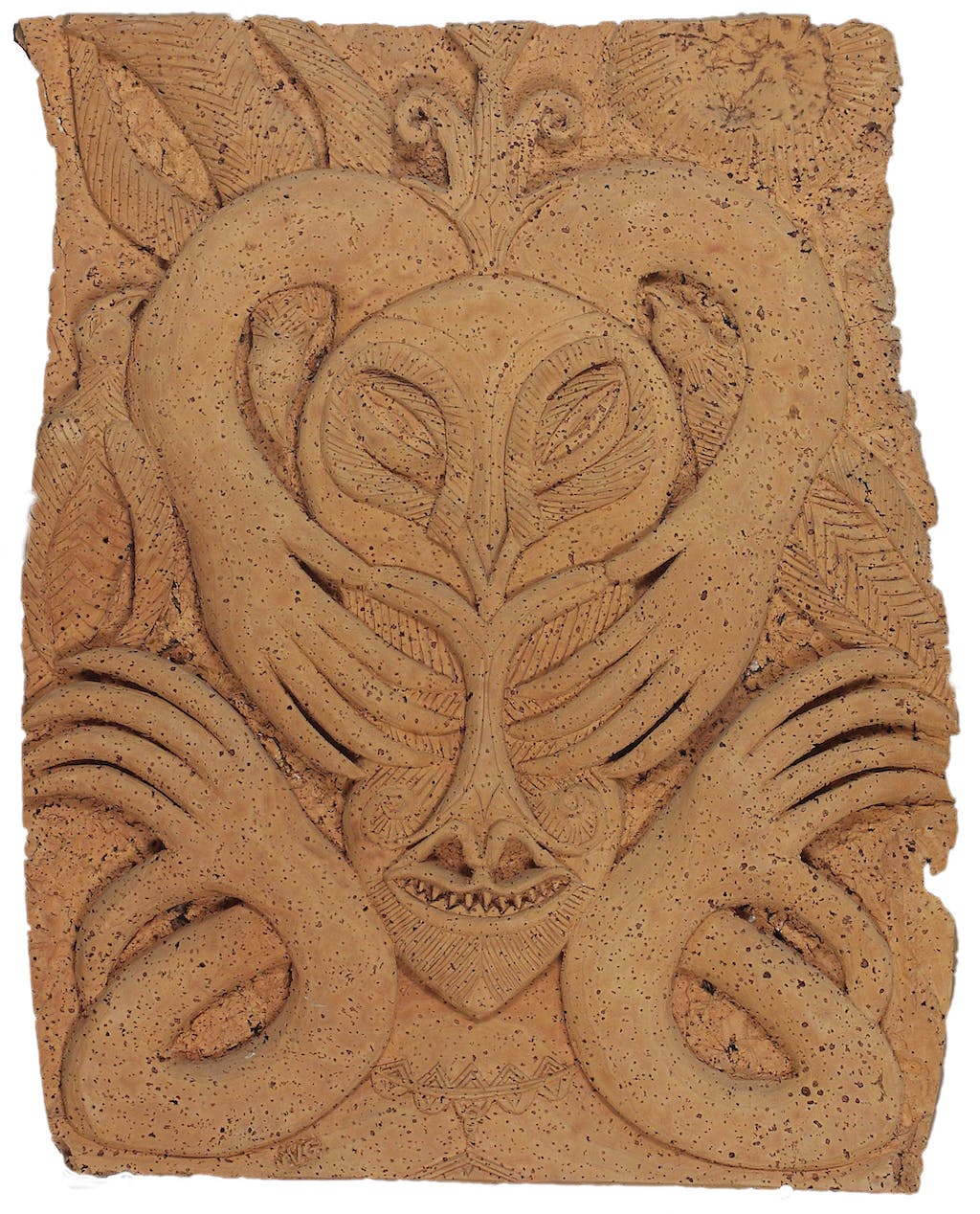 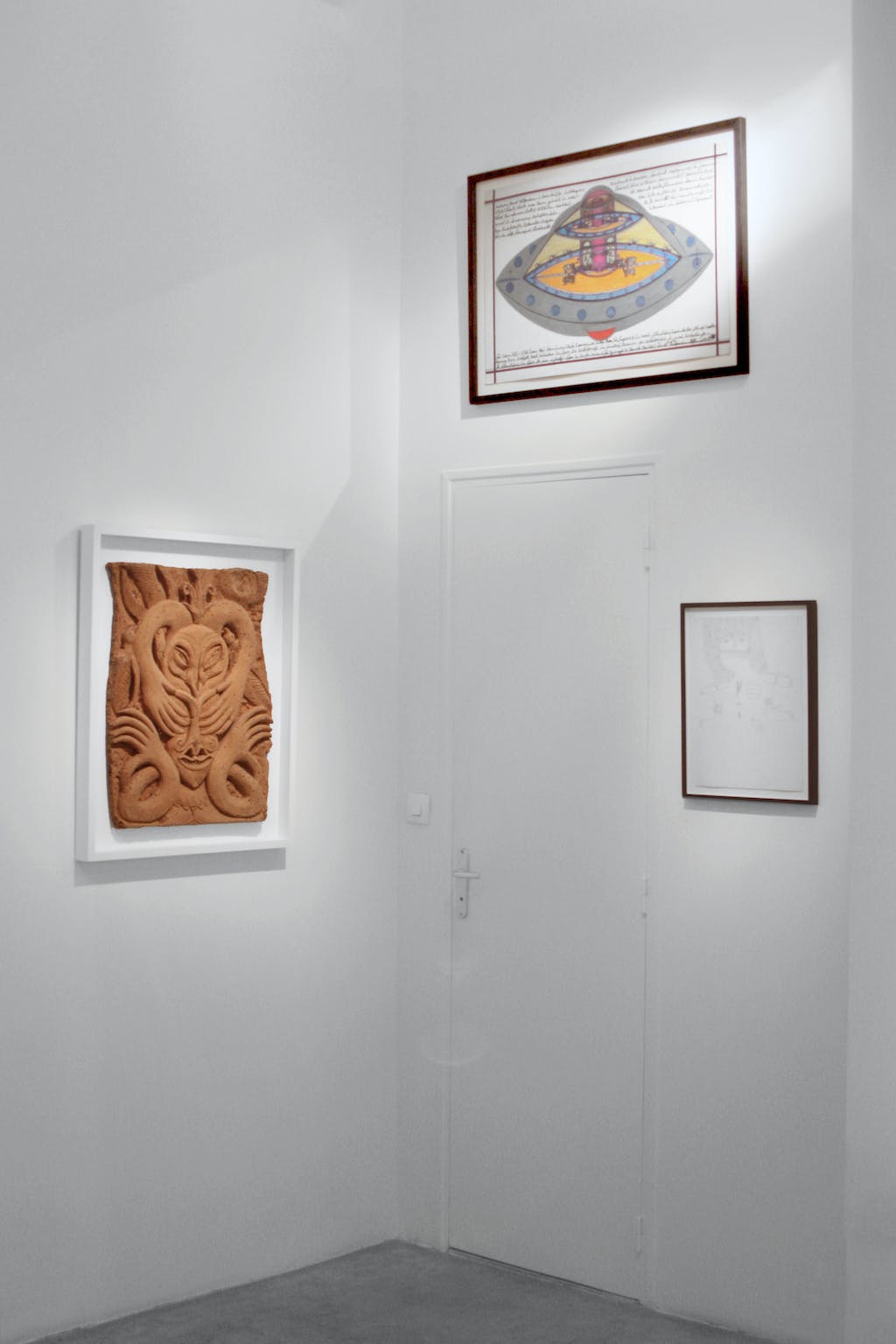