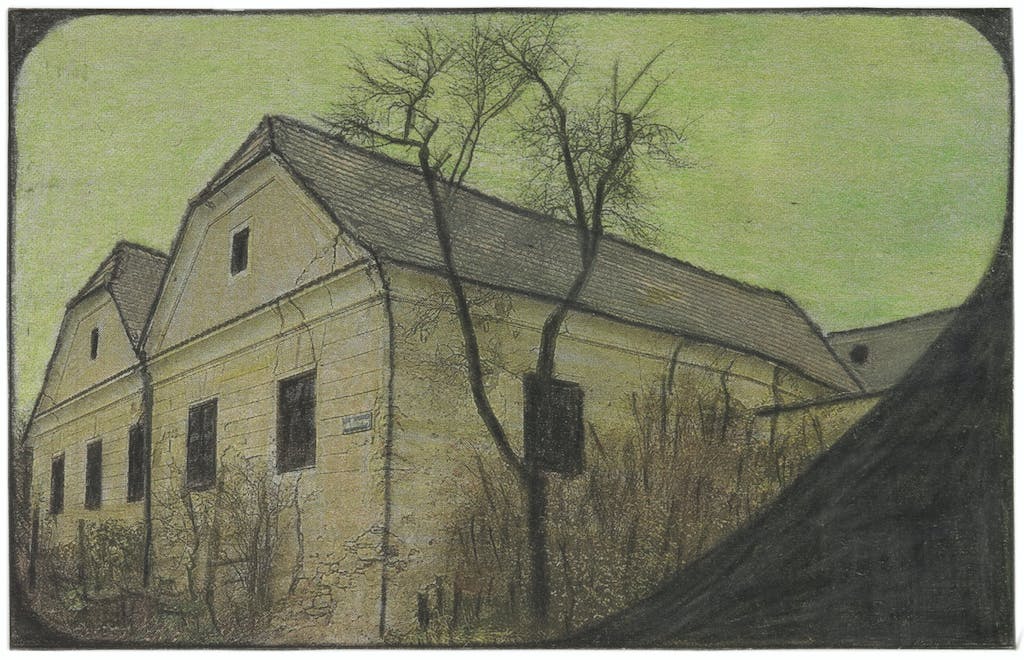 Attending the Gugging workshop (Austria) for the past ten years, he finds in creation a comfort and redemption, a way to keep his mental demons at bay. His small-format colored pencil drawings, crafted on landscape photographs found in newspapers, are similar to magnetic portals. Graphite contaminates the scenery as if to reveal its strangeness. Present in the collections of the MoMa (New York) since 2018, his work was presented the following year in the exhibition Photo Brut at the Rencontres de la Photographie d’Arles. 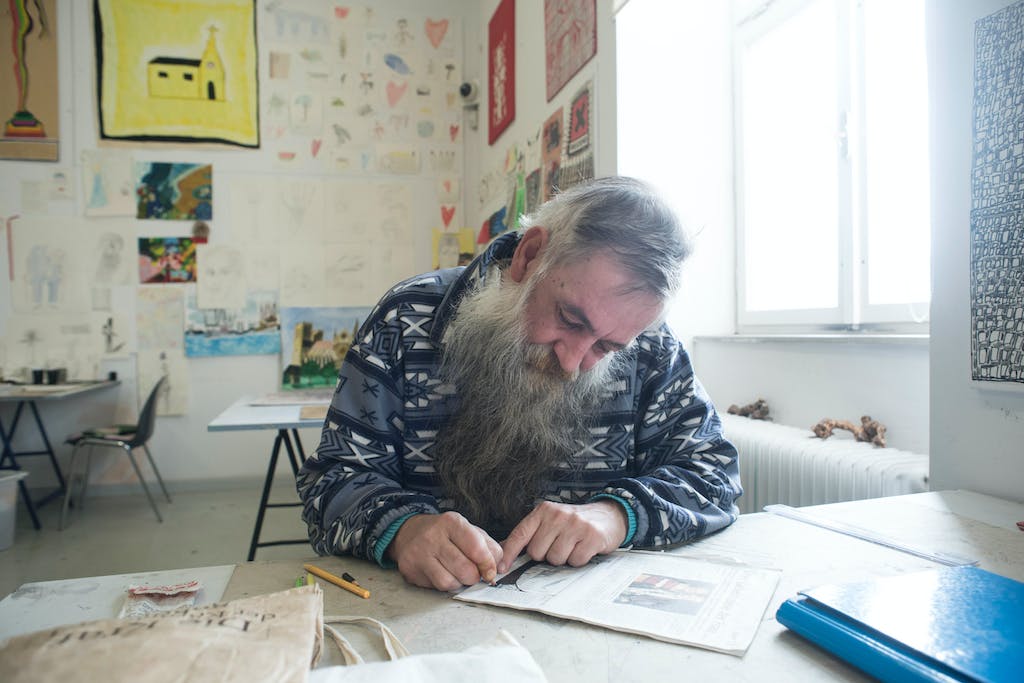 Leopold Strobl has always been an artist, from his earliest days in school. For over thirty-five years, he has dedicated his life exclusively to the making of his art and spent twelve years working at the open studios at the Gugging Center near Vienna.

Today, Leopold Strobl is married and lives in Lower Austria. “I have to do it day and night… paint the green of the sky,” he affirms when asked how he feels while making his drawings.
His creative process is unchanging: he choses a pattern in a newspaper—a photograph or drawing—and completely covers it with colored pencil, focusing primarily on the black areas. And then comes the sky, always green. To finish, Strobl defines the border between the blackness and the sky. Once his image has been reworked, he delicately glues it to a piece of drawing paper and signs the work in pencil with his personal symbol. The signature is formed using his name and a heart containing a cross with emanating rays. This particular symbol is very important to him as he is a pious man. Furthermore, his drawings have no titles—a body of work that speaks for itself.

For him, art is synonymous with communication. Through his work, he is able to express what is both essential: tranquility, intensity, and peace. Leopold Strobl is very grateful for the gift he has received, for his particular talent; he is happy to be able to respond to his artistic impulses and the resulting discussions.

There is something particularly captivating about viewing Leopold Strobl’s works. You can lose yourself in that moment, but ultimately emerge in a better state. His works reflect the freedom of an artist who through line and pure forms, gives the viewer a certain measure of direction that is difficult to describe. “Sometimes I feel a bit strange, as though I don’t belong in this world,” says Leopold Strobl.

In 2018, the MoMA acquired Strobl’s work for its permanent collection. 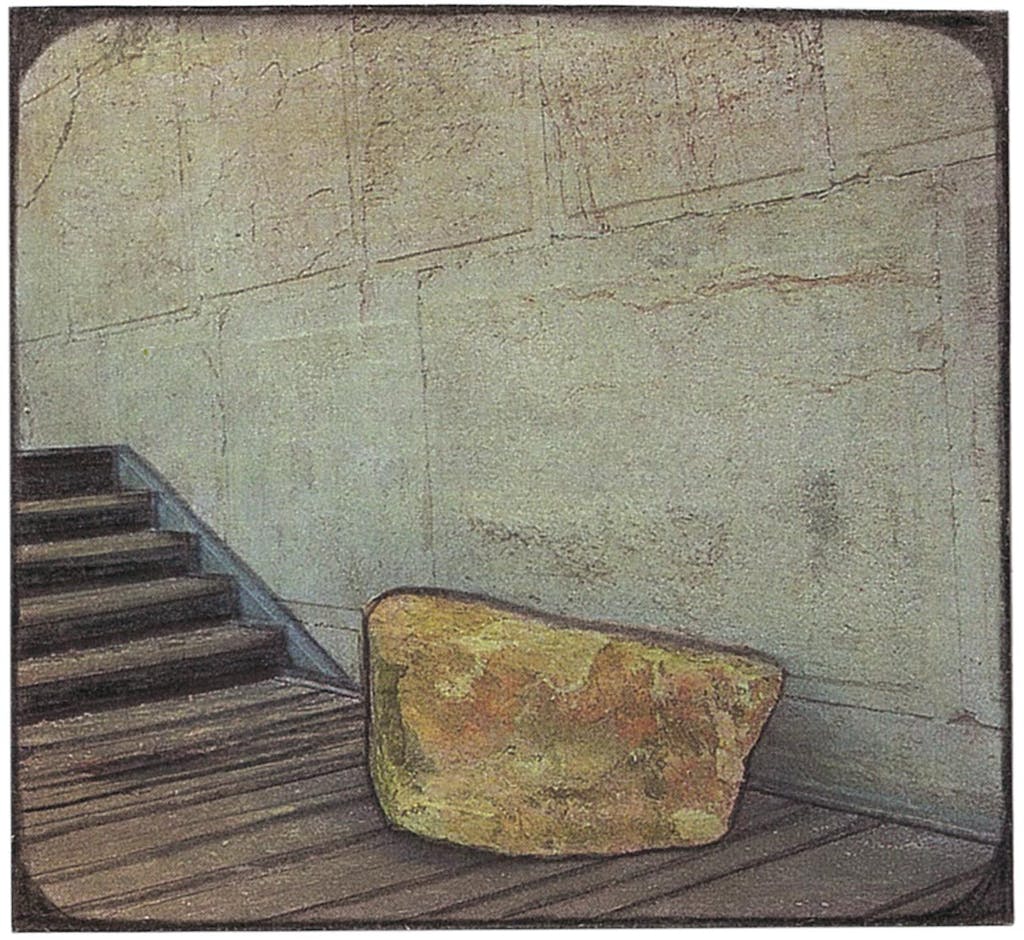 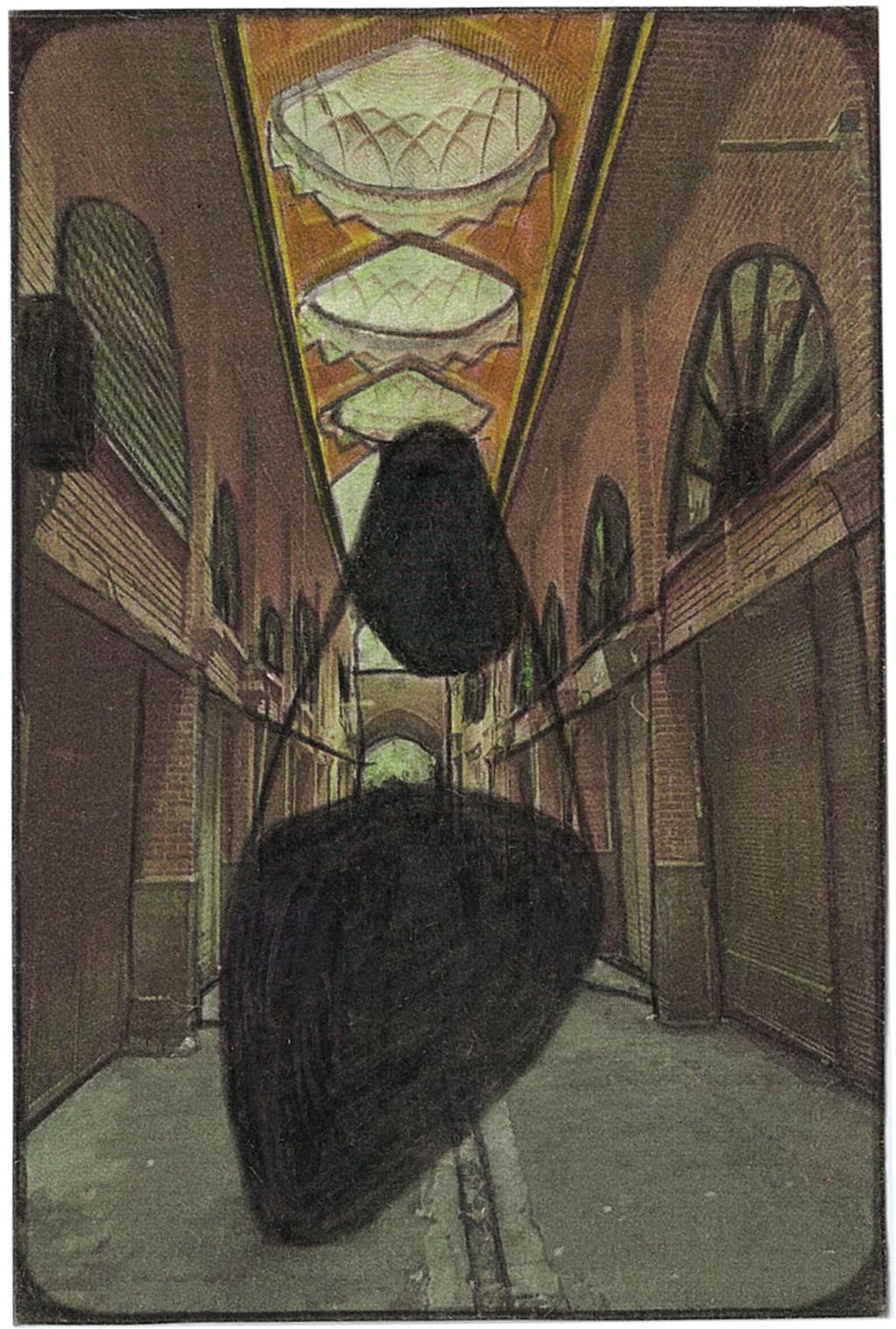 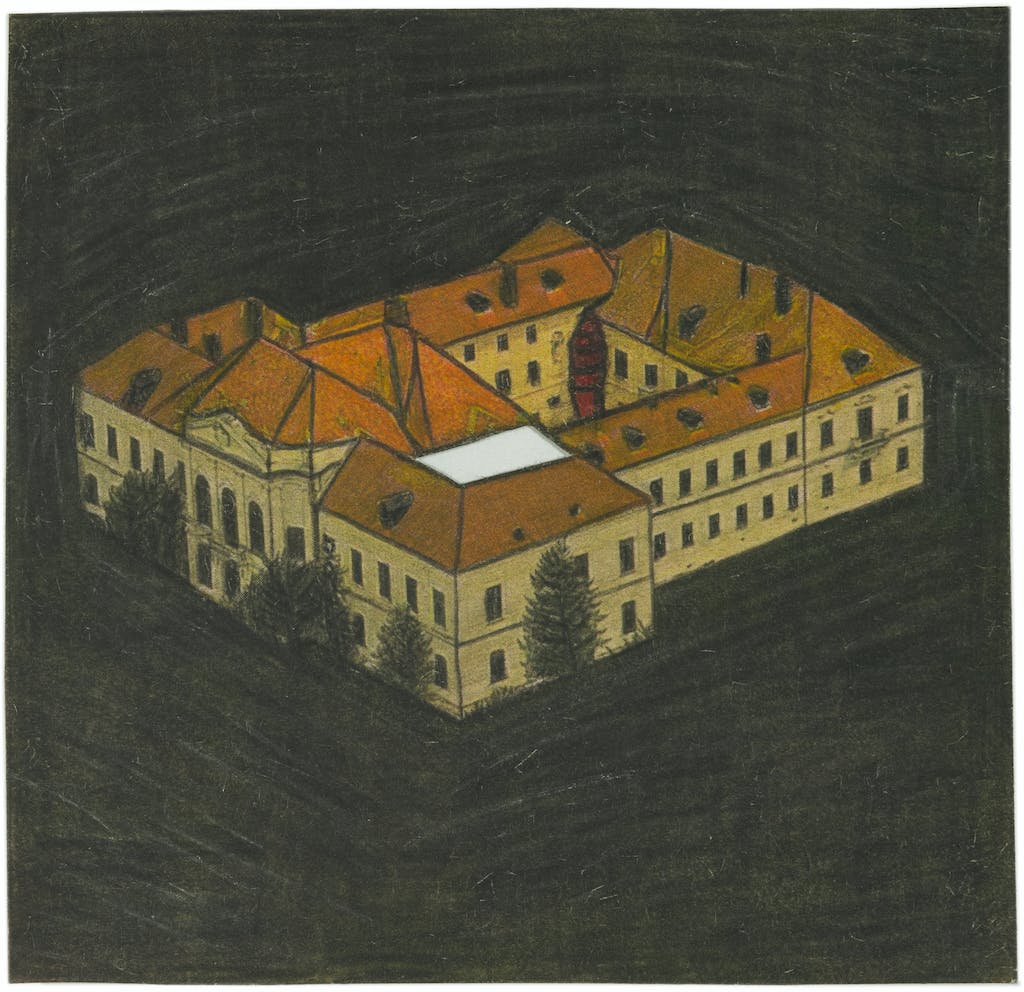 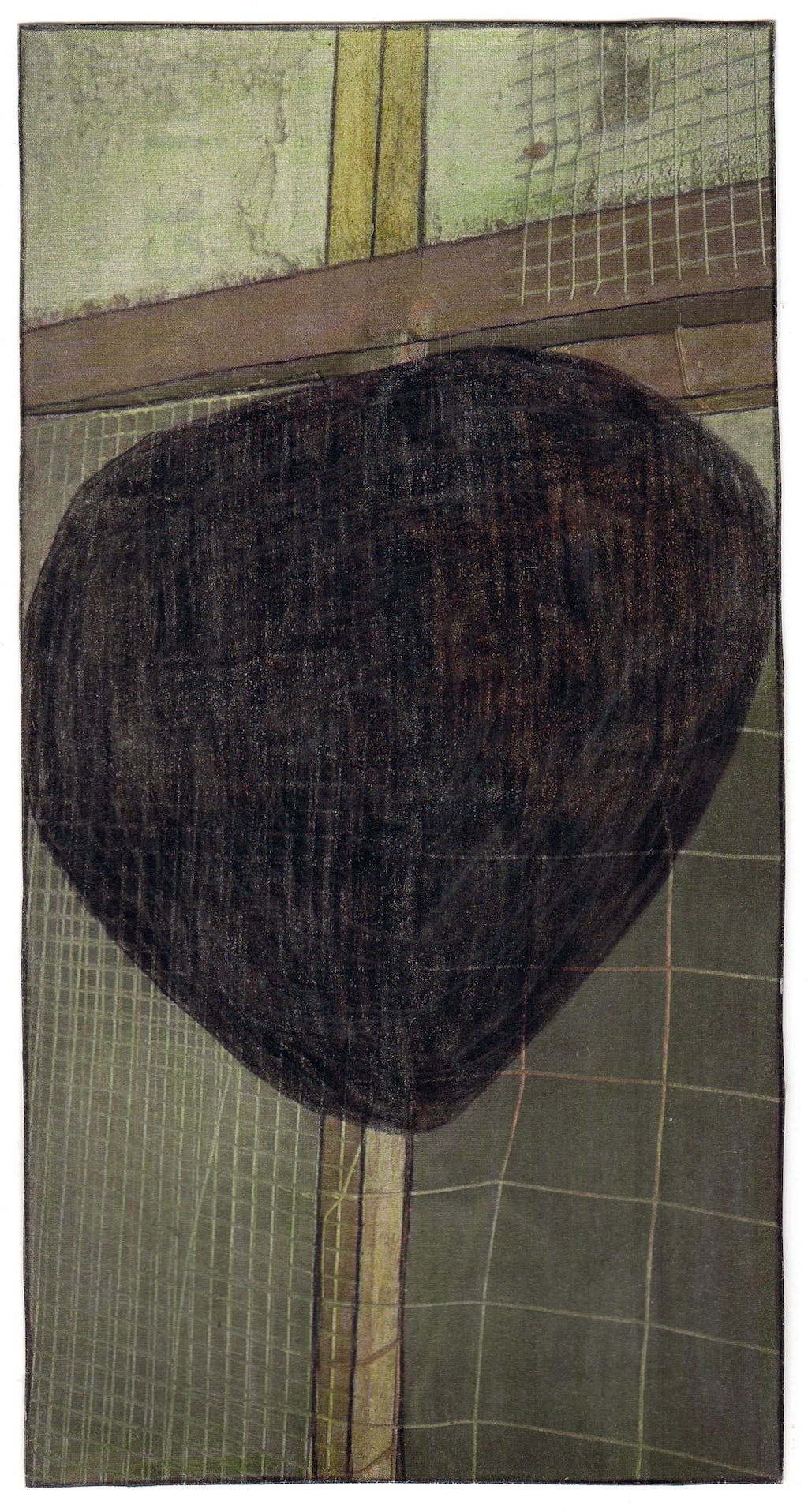 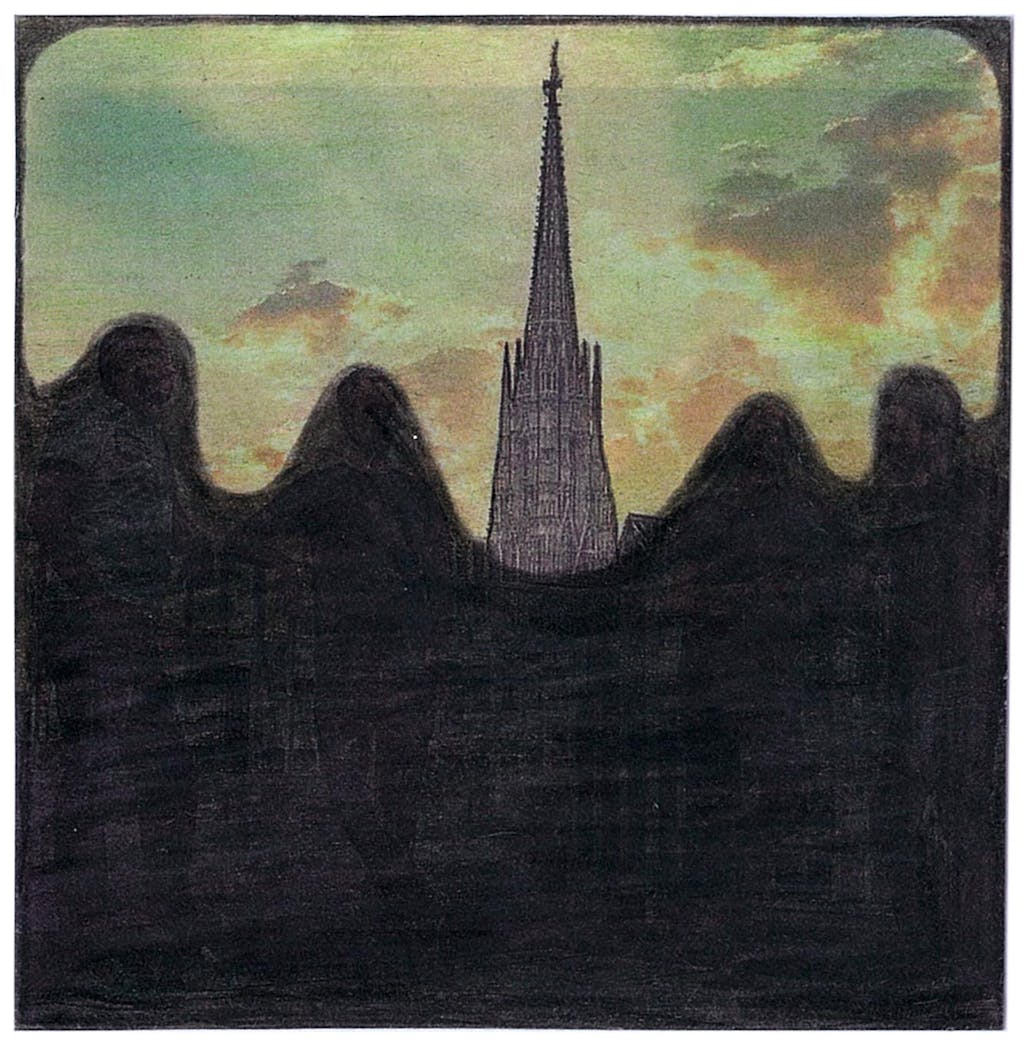 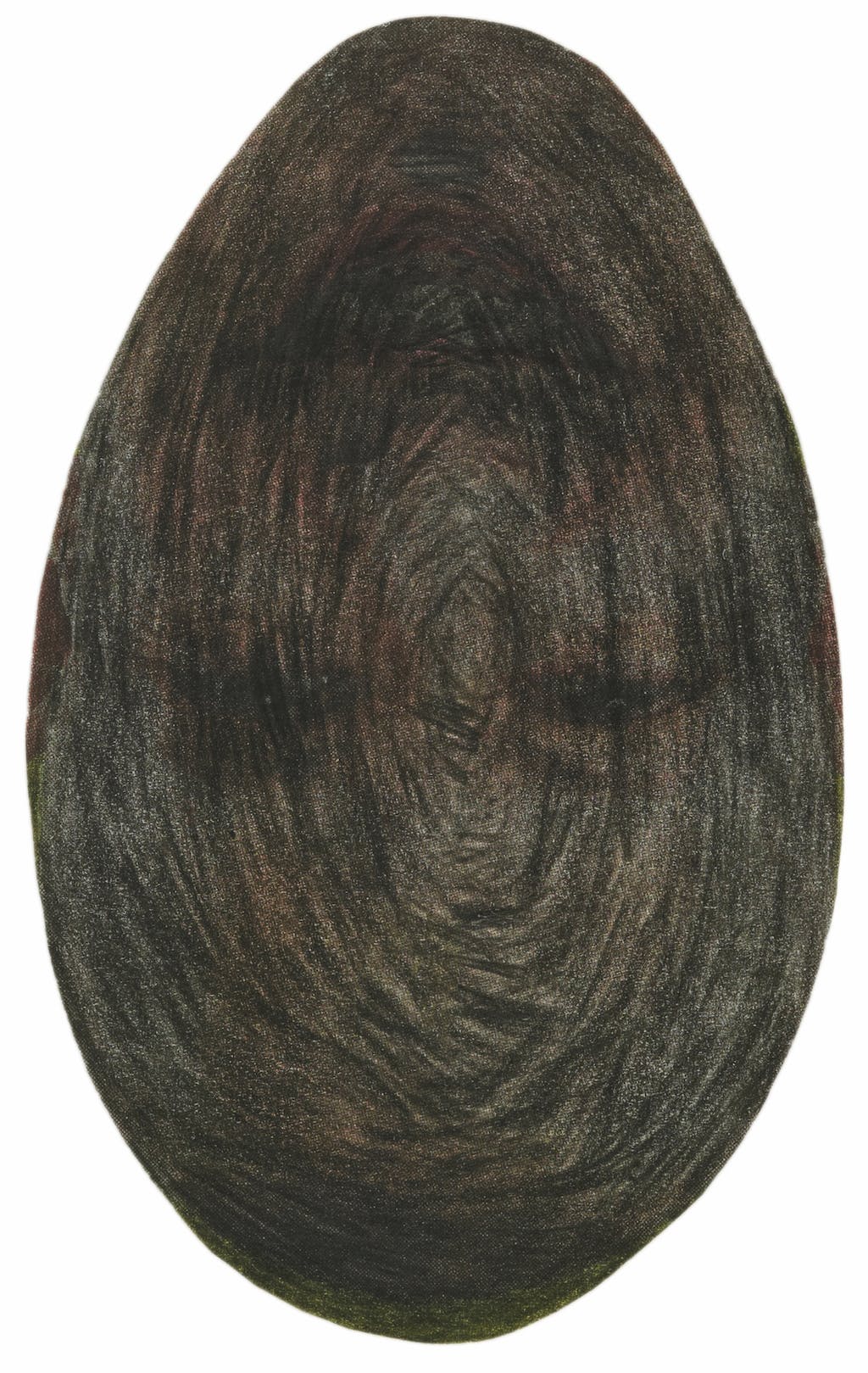 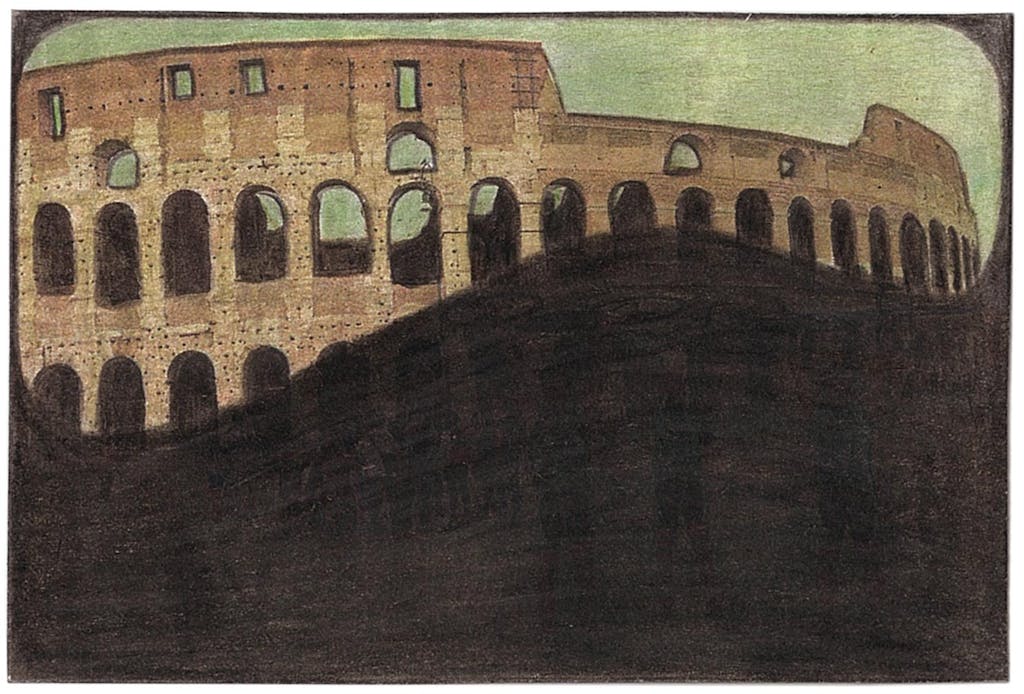 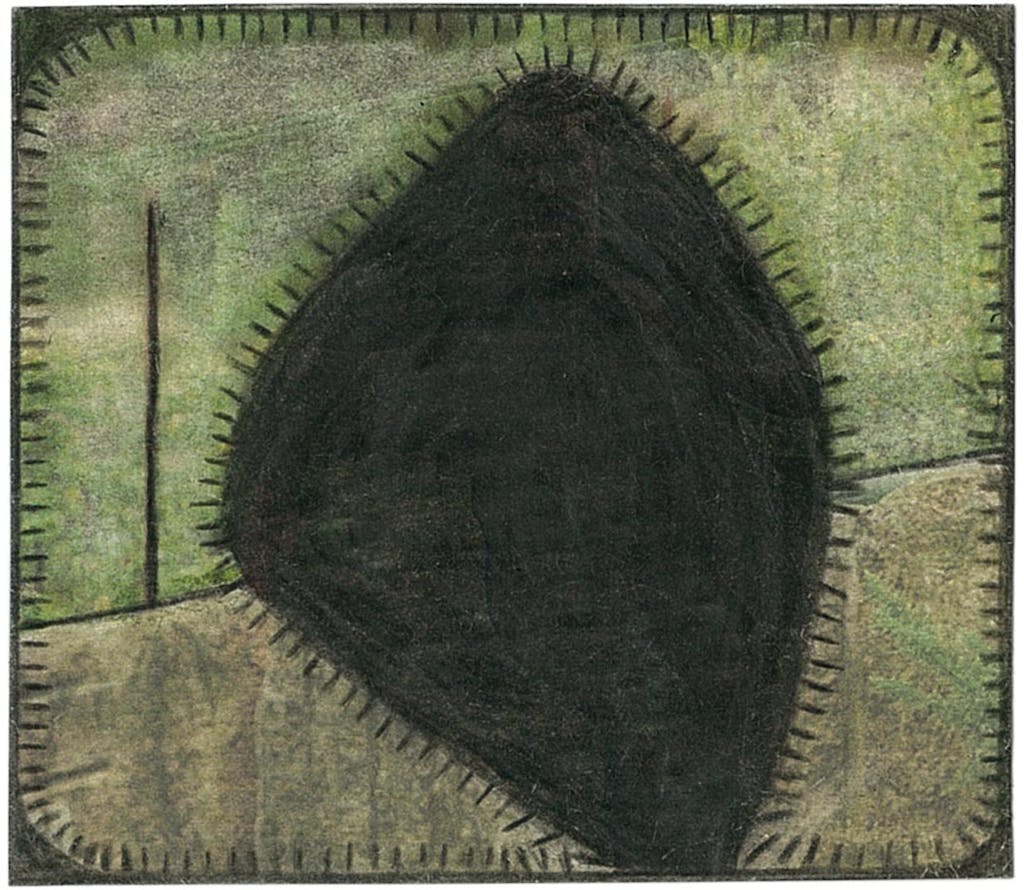 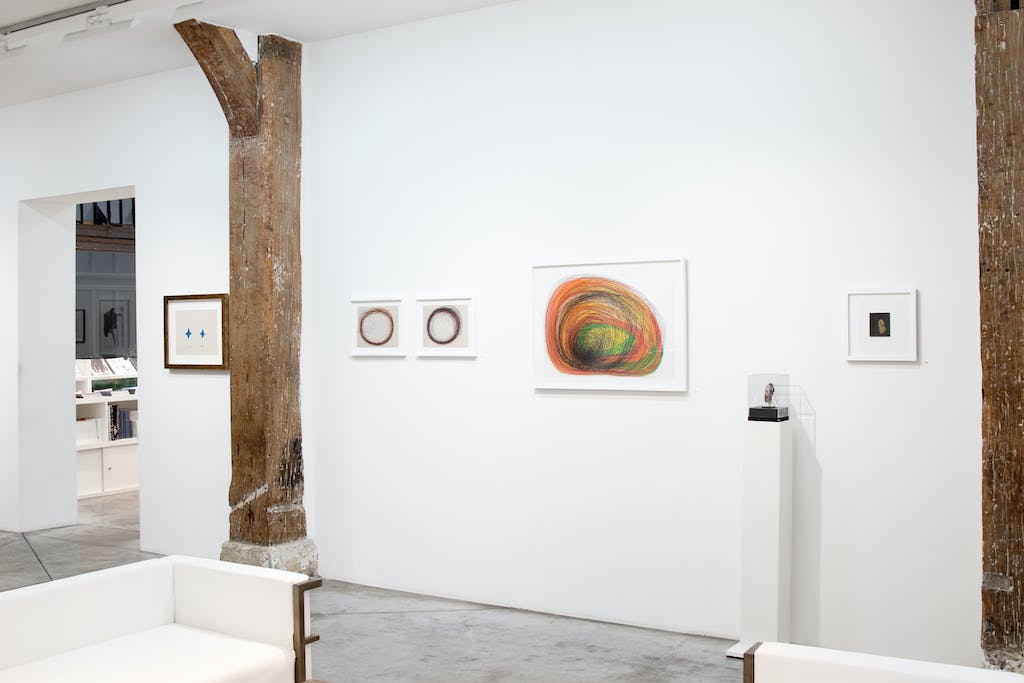 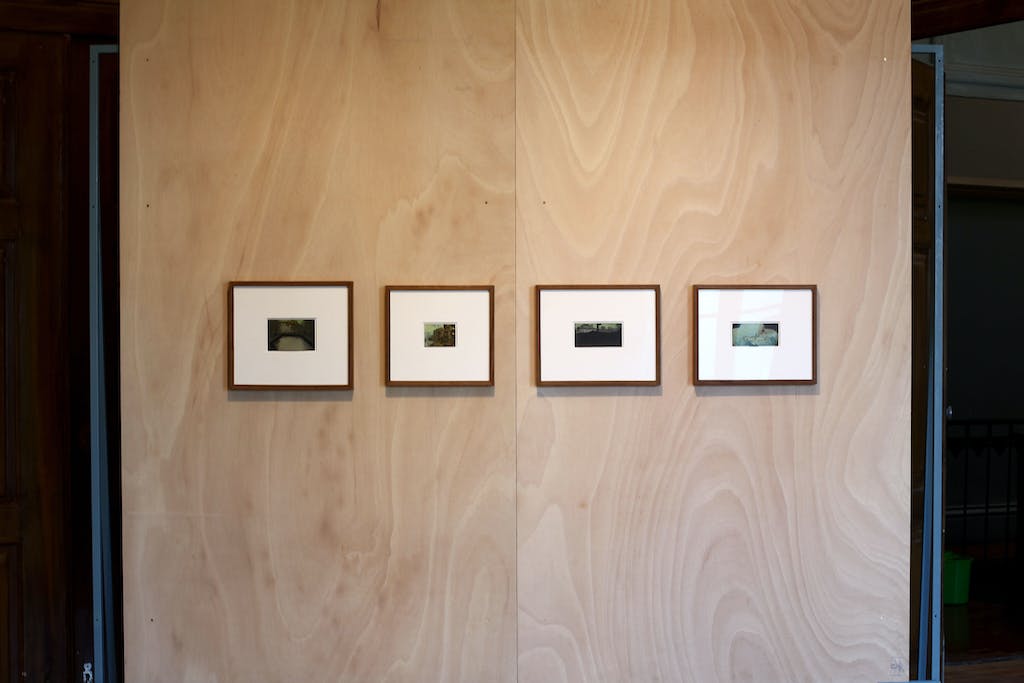 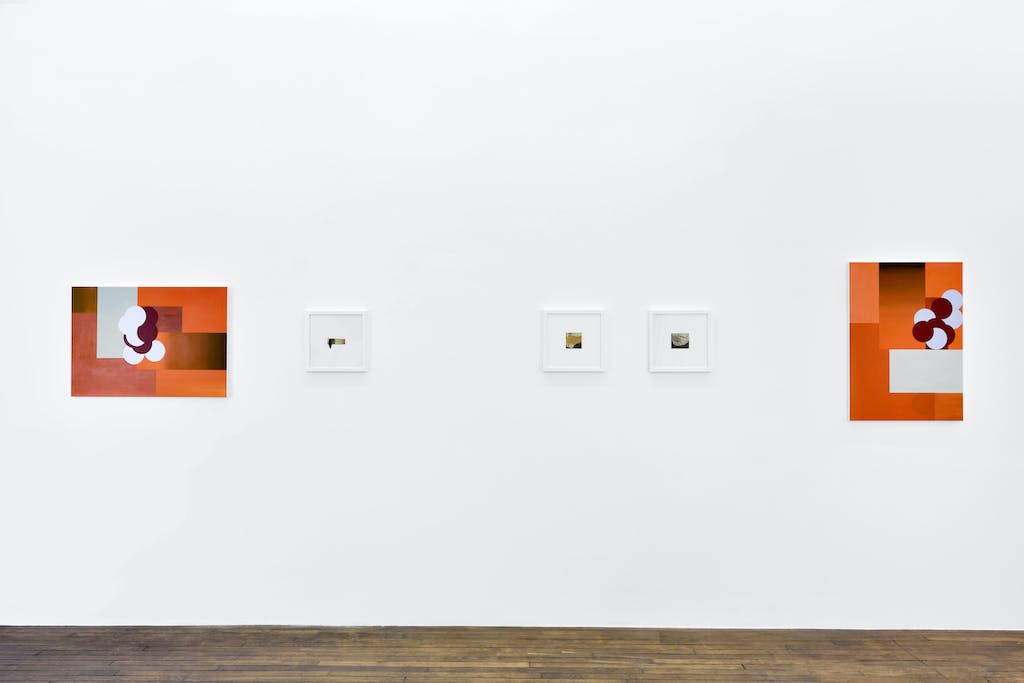