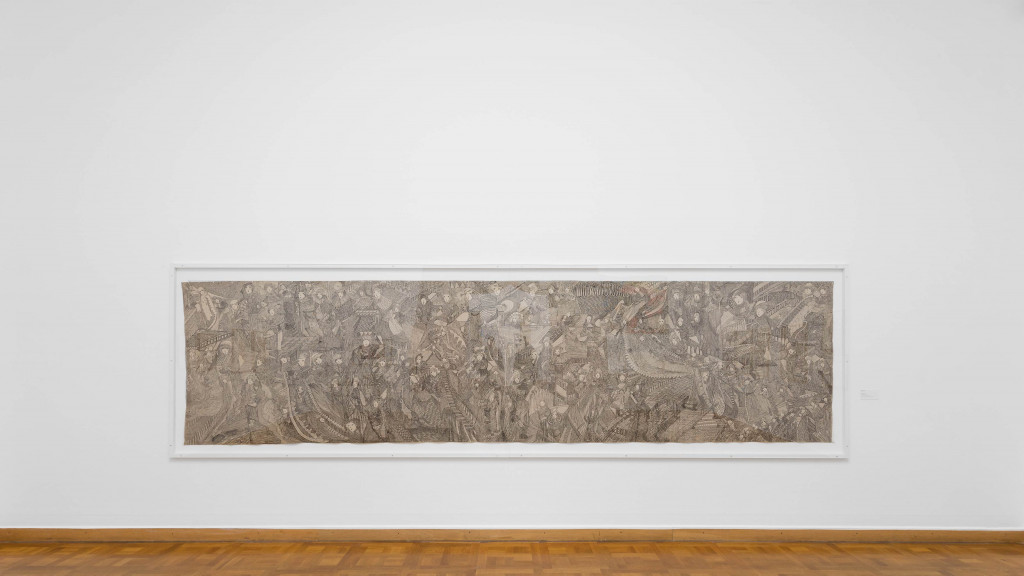 A spiritualist artist from the mid-20th century, collected by Jean Dubuffet, it was only after her death that all of her work was discovered. Guided by a spirit and in a trance, Madge Gill drew in ink, on the smallest roller formats to those of more than a hundred meters. Today considered a key figure in spirit art, her works can be found in the greatest European and North American collections: American Folk Art Museum (New York, USA), the Museum of Everything (UK), Arnulf Rainer collection (Austria), Damman (Switzerland), abcd/Bruno Decharme (France)… 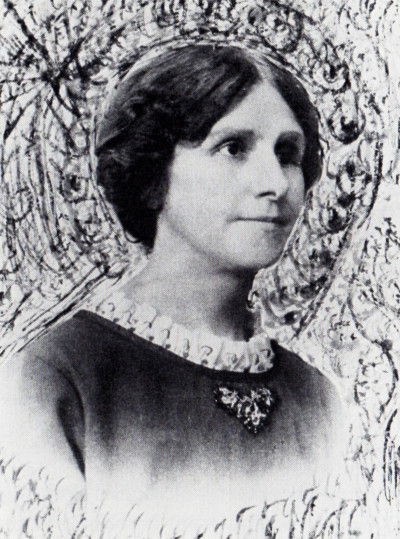 The drawings Madge Gill produces in the darkness of her attic tirelessly represent a female figure, always similar, magnified, sumptuously dressed, evolving in an unreal world with grandiose and maze-like, improbable architecture. Time and space appear to have been abolished, as if suspended, and yet, an insistent vitality powerfully animates the black ink, transcends paper and fabric, and tells us a story.

An illegitimate child, Madge Gill, born in 1882 in London, is first hidden by her mother and aunt, then placed in an orphanage at the age of nine. Sent to Canada to work on a farm, she returns to Great Britain at the age of nineteen, becomes a nurse and marries her cousin, of whom she has three sons. The second son dies and the following year, in 1919, she gives birth to a stillborn baby girl. These trials plunge Gill into a long illness resulting in her losing the sight of her left eye. As her aunt initiates her into spiritualism, she devotes herself to painting.

Working very quickly, for whole nights, by candlelight, in a state close to trance, this hypersensitive and reserved woman refuses to sell her works, which she believes belong to her guiding spirit Myrninerest (my innerest, “my most intimate”). Her drawings range from banners reaching dozens of meters to postcards and intermediate formats, all worked with pen and black ink with a few rare chromatic deviations.
It is only after her death in 1961 that hundreds of drawings are found in her home, stacked in closets or under the beds.

A key figure in art brut fascinating Jean Dubuffet, Roger Cardinal, Michel Thévoz and many others, Madge Gill’s masterful work is represented in the world’s most important collections of art but. 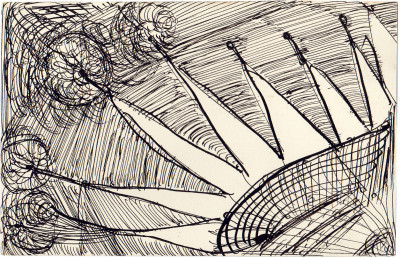 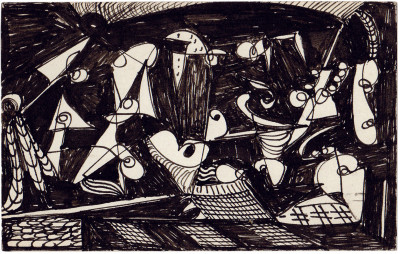 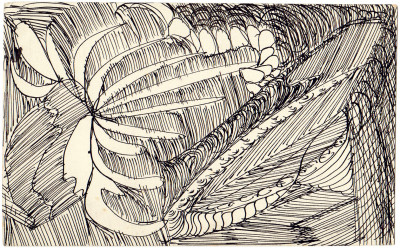 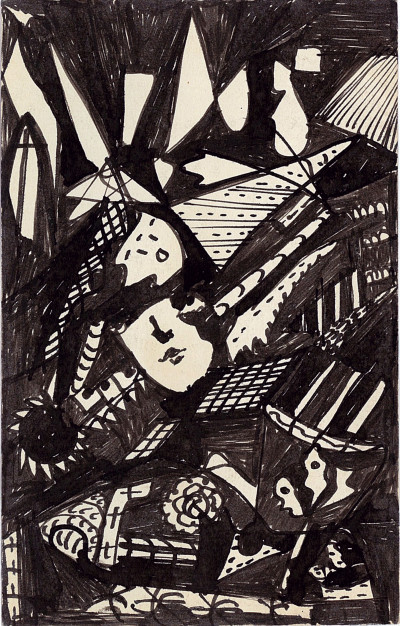 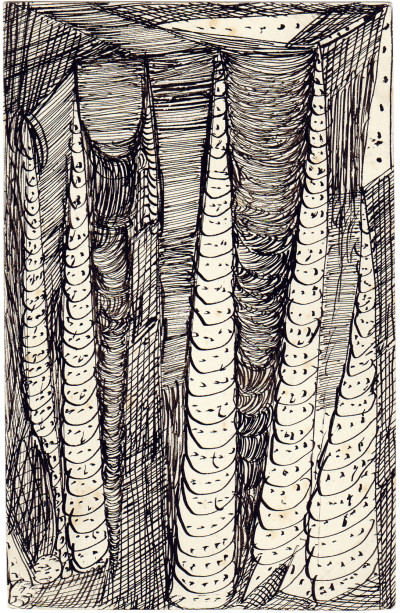 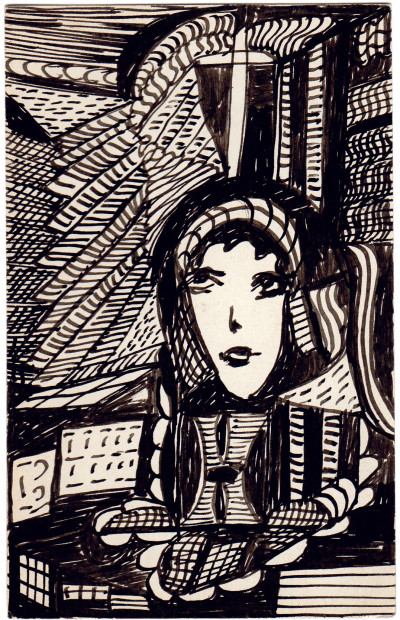 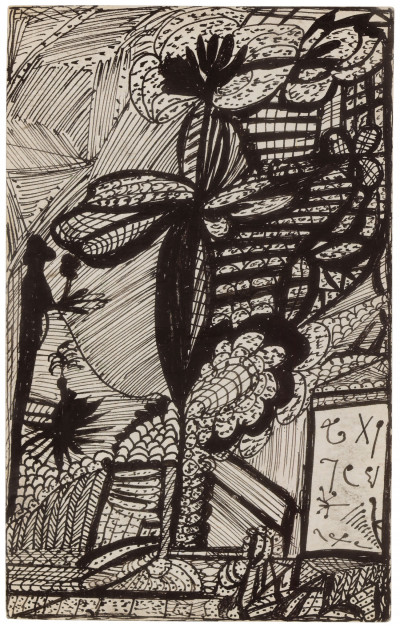 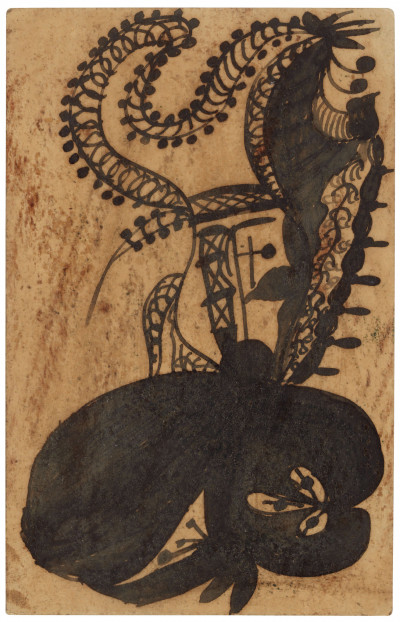 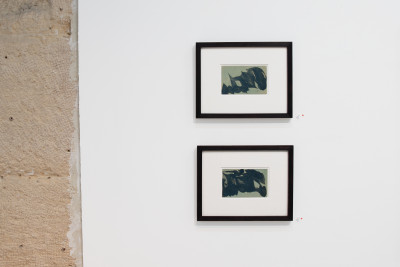 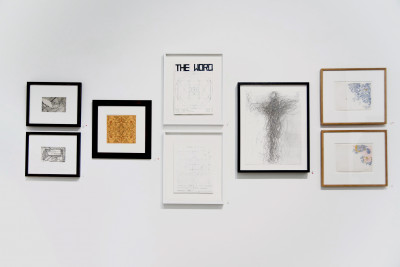 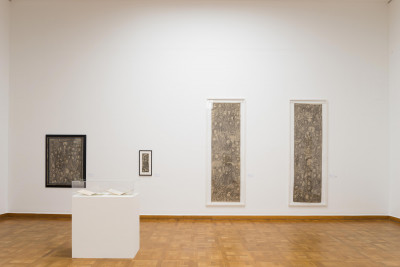